Epic 7 is a JRPG style gacha game Smilegate. The game is a side scrolling turn based RPG that has a rather long evolving story line. The game has a hand drawn animated style that some may argue is second to none still. Below is an example of a recent character of which I think has beautiful animations. 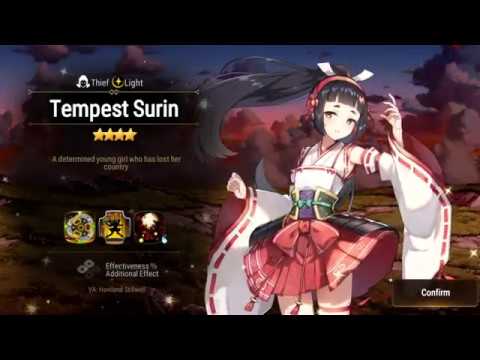 They constantly add new features and content but you will find all your normal gacha trappings here:
Each of these generate rewards or currency and some are quite liberal with the amounts. One of the things that keep many of us in the game, other than the beautiful animations and story, is the fact that this company tends to be very liberal with rewards. The game has a starter plan to follow that gives great gear. Overall I think the tutorial series for the game is above average for the genre. 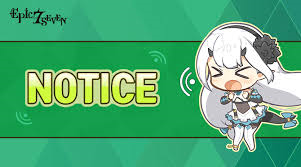 One of the greatest points of contention for the longevity of the game is the gearing system. This game does not, necessarily, vertically tier its gearing system in the same way as other gachas. Once you start grinding the end game gear any good gear you get will stay relevant for the foreseeable future. The game will allow you to generate summons on par with other generous gachas as they want you to have the heroes as the real grind is the gear.

Other factors that have been stated as negatives are mainly gold cost and energy generation. Both are finite as they are directly tied to you generating gear for farming as is the nature of the genre. They have been steadily increasing the rewards for energy that you can get with dailies and the like over the last months so I dont think its as bad as it was. And being low on gold, the traditional combine currency, can be common place in the genre as well.

The only real thing left to state would be how free to play friendly is this game? Most would say very. The game offers new players 20 free 10 pulls (you only get to keep one) after clearing Chapter 1 in which to pick from a selection of original release time frame characters. Many of these characters are still very viable even to this day. There are still very strong 4* units that are competitive in this game as well.

There is a wealth of information present for this game in terms of gearing, who to pull for, etc. And those of us that stay active can help out too!

There is a PA guild as well just feel free to ask about it. There are limited spots but being a gacha there tend to be inactives.