Physically moving my computer into another room has ruined it

I've been playing Satisfactory. It's fun. I realize my computer chair is kind of hurting my back and it's so much more comfortable in the recliner in the living room, so I decide to move my computer in there and play on the TV, not something I've ever done before.

Previously stable computer that I could leave running multiple days suddenly starts bluescreening very quickly after turning it on, usually while running the game but not always. Kernel data inpage error with the error code 0x0000007a that might indicate hardware issues. Check event viewer and there are atapi errors corresponding with every bluescreen, "the driver detected a controller error on \Device\IDE\IDEPort1." 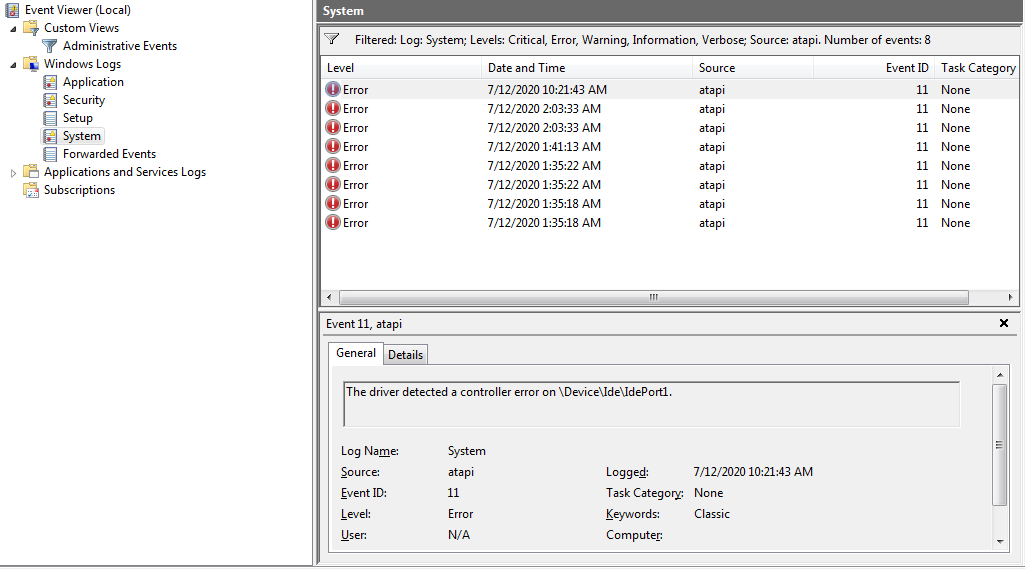 Scan the RAM, it's fine, run chkdsk, it's fine. Open computer, reseat RAM and SATA cables and mobo cables. It's not that dusty inside, nothing really caked on, clean it out a bit. I remember in the past on various computers I've gotten strange errors when trying to use the front USB ports not directly part of the motherboard, so I switch the kb/mouse/wifi to be connected in back instead.

It feels like doing all that worked! I play Satisfactory for 4 or 5 hours and then start winding down just reading stuff online. Bluescreens again. I laugh and go to bed. The next day I try again, play video games for a few hours, get ready to take a break, bluescreens again. The computer is now politely waiting for me to finish using it before dying. Event viewer no longer is getting the atapi errors, the bluescreen says the error happened in ntfs.sys.

Ok, so the whole computer is old. I have a new hard drive I had bought in preparation to update eventually. I unplug the two internal drives for later pulling of files since they seem to still work, and plug in the brand new drive by itself, just a 512 gig SSD. I install Windows 10. I install everything I would need, NVIDIA drivers and control panel, browsers, Steam, PDF viewer, VLC, WinRAR, y'know. Get it all set up normal.

Oh my god it's amazing, so clean and nice. I play Satisfactory and it doesn't crash. I perform various updates and restart and things are going great. I leave Satisfactory running overnight to keep generating resources in the game. I wake up and it's fine and the computer is fine and I'm happy and think everything is solved. 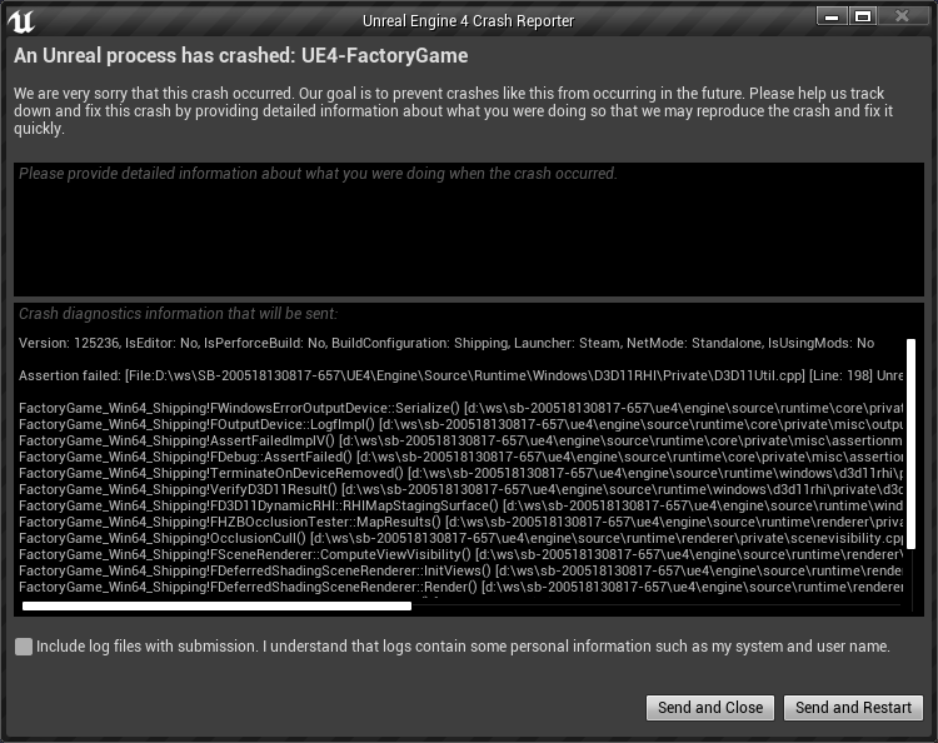 Satisfactory dies. I can no longer launch it, this happens every single time. Some posts online seem to think this could be related to hardware issues.

As I'm researching this, my wifi adapter also starts dying. I hear the telltale "doodloo" sound of Windows thinking I unplugged it, it shows no connection, then after a minute the connection comes back. It does this every 5 to 20 minutes.

Looking up info on this it could be driver related. So far I was using the default Windows drivers and they were working fine, so I'll try the official Realtek download instead.

I will say this only started after installing NordVPN again, so it's possible something about the way they twerk the network drivers caused this.

We have caught up to the present. At least Windows 10 hasn't bluescreened and crashed yet. But I'm really getting fed up with the whole situation. I guess I'll reseat and blow out the video card and see if that changes anything.