[Phalla] The Conquest of Deepnest - Host Notes Up

Beyond this point you enter the land of King and Creator.
Step across this threshold and obey our laws.
Bear witness to the last and only civilization, the eternal Kingdom. 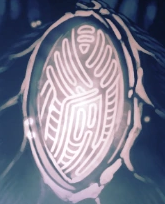 The Conquest of Deepnest


Witness a kingdom at the height of its power bravely bringing civilization and enlightenment to the far reaches of the world. Witness the brave knights, soldiers, and explorers that brought faces and minds to all they encountered. Perhaps you would like to join them on their greatest campaign, past the wastes to bring light and learning to places ever dark and brutish. Behold the simple barbarians who will welcome your coming with geo and love. Hoist your nail and repair your shell and prepare yourself for your greatest adventure. Wealth, Glory, and Enlightenment await you on your return to the palace. Perhaps you may even receive a ticket to see Marissa sing.

Sign up today to join the eternal kingdom's army!

This is a regular game for 30 or more people. There is an informed minority and an uninformed majority.

Each player will have actions they may take every day.
Each player may only take one action per night unless otherwise stated.
Players will have an amount of hit points. If their hit points are reduced to zero they will be eliminated from the game.

If a player wishes to refrain from taking an action they may enter a defensive stance and will reduce the damage from the largest attack they receive by 50%. (rounded up)

38thDoe wrote: »
If a player wishes to refrain from taking an action they may enter a defensive stance and will reduce the damage from the largest attack they receive by 50%.


Round down or up?

Someone wrote:
Can I attack myself?


You may not attack yourself.