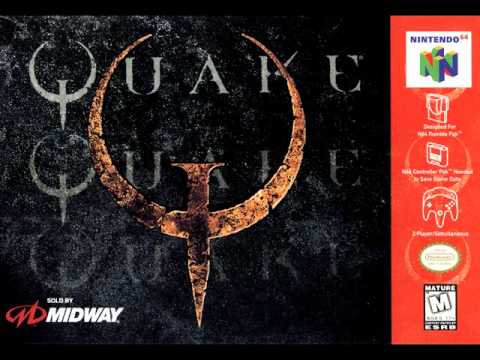 Centuries ago, four deities worshipped by mortals – Kishar, Kotaresh, Lyth, and Asar-Segt – threatened to drown the world in a flood of saltwater to punish the living for their impiety.

The oracles and witches of the realm struck a desperate bargain with the gods, however, and convinced them to spare the world. In exchange, the mortal kingdoms were bound to demonstrate their faith once every generation by sending their most courageous and adroit warriors to the Crucible, a ziggurat in the lowest valley of the land.

Every quarter-century, on the first full moon of winter, an eclipse darkens the night and the sealed ziggurat opens. Many traps, tricks, and guardians lie within the Crucible to test those who enter. Few who heed the challenge of the gods survive – most find only quick death.

If the mortals of the world are deserving of the gods’ affection, their champions will overcome the trials of the Crucible and light the Divine Brazier hidden in its uppermost chamber. If they are not, the flickering candle of civilization will be snuffed. Little of value will have been lost. 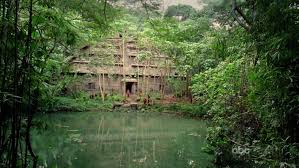 The Crucible of the Gods is a 4th Edition Dungeons and Dragons module designed in a challenging style for 1st level characters. The dungeon is mean to be played and completed in 1 session. Participants will have 1 month from the start of the game to complete this adventure by lighting the Divine Brazier at the top of the ziggurat, else the world will be drowned by the petty gods.

Because I haven't run a good deathtrap in ages, I have nothing better to do with my day, and various parties got me wanting to run a 4e game again. While this particular adventure is built to be difficult, it's also a good showcase of how a DM can use 4e to present a dynamic adventure that gives players of all types a chance to shine. It's also built to be highly accessible, with it being designed for first level dungeoneers.

Kelor wrote: »
I haven't played 4E before, how hard is it to pick up?
The good news is, super easy to pick up! I’ve uploaded the Quick Start Rules here, or we could have the first group out be a collection of people with experience you can watch, or for $10 you can pick up the Player’s Handbook. here.

I recently made a google document for my friend group you can check out that lists race and class details. It's not complete, but feel free to ask if you have any questions on others


Characters should be made for 1st level, may be of any race and class available in the character builder except for bugbears (Which are busted like my back) using the Point Buy Method.


Are there any special rules?

Totally. Once we have our initial party, we'll be getting you some rumors. Rumors are potentially true, potentially false information about the dungeon that will give you some idea of key parts of the complex. Rumors are assumed to have been verified to the best of your abilities prior to coming to the dungeon. There are 10 potential rumors, 5 are Reliable, 5 are Unreliable. Of the Reliable rumors, 4 are true (Their information is accurate) and 1 is false (It's information is untrue and may hinder your progress). Of the Unreliable rumors, 4 are false, and 1 is true, the opposite ratio of the Reliable rumors.

Additionally, one per encounter, you may make a Divine Boast to one of the gods as a Free Action. By accomplishing the tasks associated with the boasts, you can get an edge that might mean the difference between life and death. But failing in a Divine Boast will draw the scorn of the gods, and you will be unable to implore them anymore afterwards.

The gods and their boasts are as follows:

-Profile: Patron deity to clerics, fighters, and paladins, Kishar revels in violence and ceaseless war. She often manifests as a black-haired human woman in bloodstained plate mail. For worshippers of Kishar, there is no greater deed than slaying an enemy that has wronged you.
-Holy Symbol: A gauntleted hand crushing a heart.
Boast: Encounter, Free Action. Effect: Declare your boast before you use an attack power that requires an attack roll. If you hit with that attack, it becomes a critical hit, and you gain an action point. If you miss with the attack, you lose a healing surge and are cursed by Kishar until the end of the encounter. While cursed, you are weakened and grant combat advantage. Additionally, you may not use this boast again during this adventure.


Kotaresh, God of Trickery and Secrets

-Profile: Patron deity to bards, thieves, and many wizards, Kotaresh is a genderless and voiceless being that protects those who seek power and fortune through lies, manipulation, and betrayal. When Kotaresh appears to mortals, it takes the form of a hooded shadow wearing an upside-down mask.
-Holy Symbol: Upside-down mask.
-Boast: Encounter, Free Action. Effect: Declare your boast before you make a Stealth check, a Thievery check, or an attack roll against a target granting combat advantage. If you are successful, you become invisible and insubstantial until you make an attack, and you gain an action point. If the skill check fails or the attack misses, you lose a healing surge and are cursed by Kotaresh until the end of the encounter. While cursed, you take a -5 penalty to skill checks and grant combat advantage. Additionally, you may not use this boast again during this adventure.

-Profile: Patron deity to druids, rangers, and barbarians, Lyth is said to be the mother of all that lives. Legend tells that, after birthing the first man and woman, she conceived monsters to ensure that the couple and their descendants would always know humility and fear. Lyth manifests as a nude, winged woman covered in crimson tattoos and emerald slime.
-Holy Symbol: A winged snake coiled around an egg.
-Boast: Encounter, Free Action. Effect: Declare your boast when an enemy targets you with an encounter or recharge power. You take a -5 penalty to all defenses against the attack. If the attack hits and you remain conscious, gain temporary hit points equal to twice the damage dealt, and you gain an action point. If the attack misses, you only gain an action point. If you are knocked unconscious, you lose a healing surge and are cursed by Lyth until the end of the encounter. While cursed, you gain vulnerable 5 all and grant combat advantage. Additionally, you may not use this boast again during this adventure.

-Profile: Patron deity to wizards, clerics, and other practitioners of ritual magic, Asar-Segt, or ‘eater of the pyre flame,’ is said to be the source of all magic in the world. He demands constant sacrifice in return for this blessing, and those zealous in their worship of Asar-Segt feel a gnawing hunger that drives them to madness and suicide; in the Hand’s name, of course. He manifests as a six-armed ghoul shrouded by a cloud of ash.
-Holy Symbol: A six-fingered hand bathed in flame.
-Boast: Encounter, Free Action. Effect: Declare your boast before you make an Arcana, Heal, Nature, or Religion check. If the check is successful, draw a rumor card, and the Dungeon Master confirms the truth or falsity of that rumor. You also gain an action point. If this check is made as part of a skill challenge, you earn an additional success. If the skill check fails, you lose a healing surge and are cursed by Asar-Segt until the end of the encounter. While cursed, you cannot regain hit points, nor can you use or benefit from treasure. Additionally, you may not use this boast again during this adventure.

Post in lime and either link your character sheet or compose it in your post. Once we have 4-5 people, we'll get rolling. If people want to reserve up after that, they're welcome to do so as we are likely to lose dungeoneers as we go.
"Go down, kick ass, and set yourselves up as gods, that's our Prime Directive!"
Hail Hydra
0