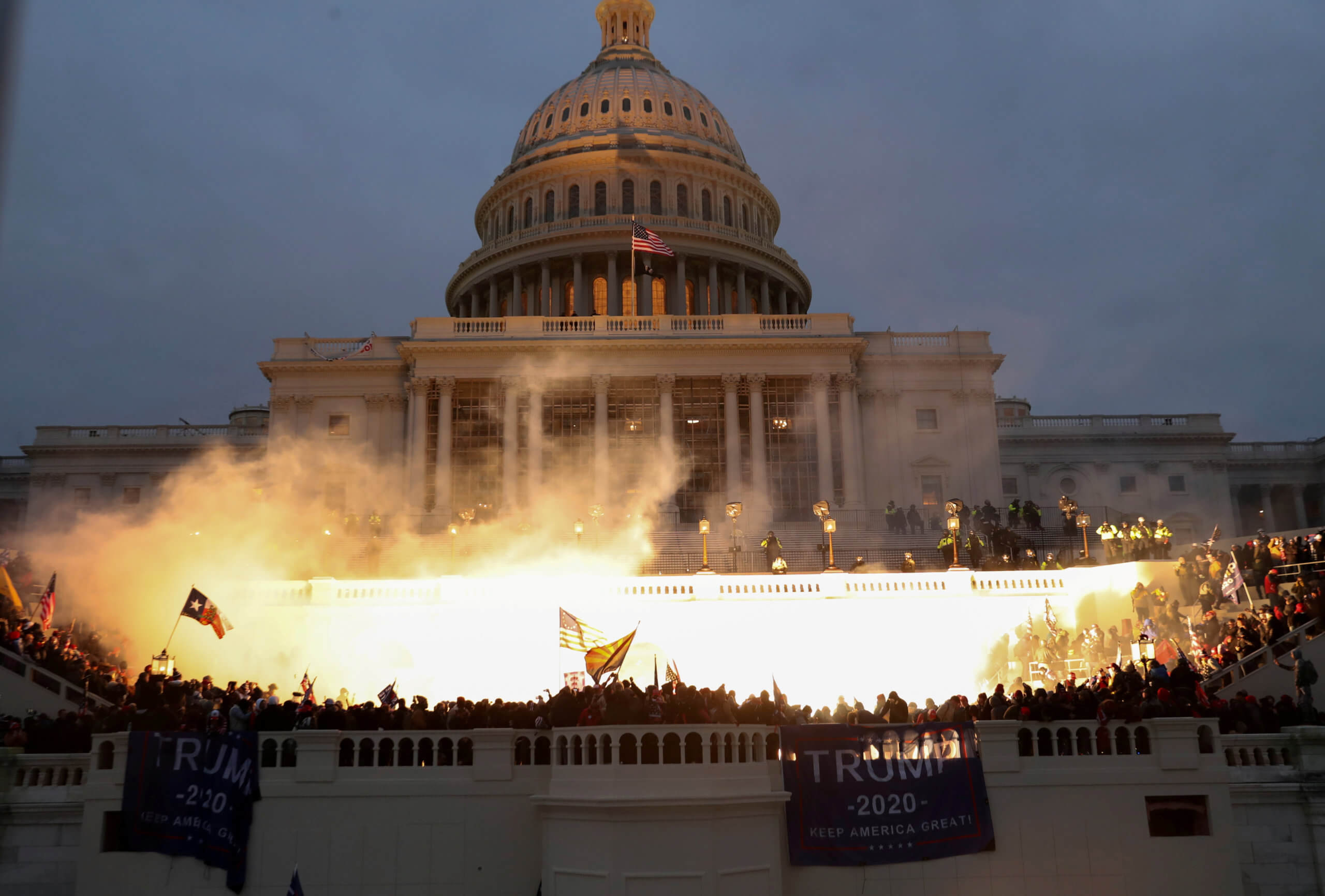 The Constitution wrote:
The House of Representatives shall chuse their Speaker and other Officers; and shall have the sole Power of Impeachment.

The Constitution wrote:
The Senate shall have the sole Power to try all Impeachments. When sitting for that Purpose, they shall be on Oath or Affirmation. When the President of the United States is tried, the Chief Justice shall preside: And no Person shall be convicted without the Concurrence of two thirds of the Members present.

Judgment in Cases of Impeachment shall not extend further than to removal from Office, and disqualification to hold and enjoy any Office of honor, Trust or Profit under the United States; but the Party convicted shall nevertheless be liable and subject to Indictment, Trial, Judgment and Punishment, according to Law.


Press Conference of Speaker of the House, Nancy Pelosi (CA-12) 07 January 2021 Calling for the removal of President Trump for his incitement of an armed insurrection against the United States Congress 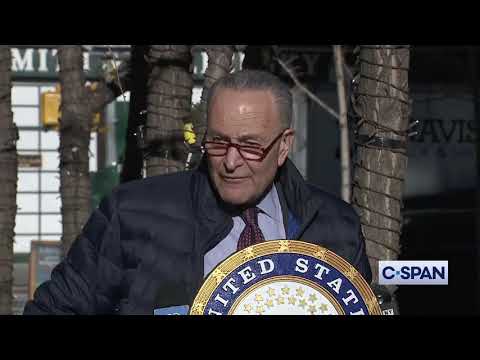 Transcript:
YESTERDAY THE PRESIDENT OF THE UNITED STATES DECIDED AN ARMED INSURRECTION AGAINST AMERICA -- INCITED AN ARMED INSURRECTION AGAINST AMERICA. THE VIOLENCE TARGETING CONGRESS OUR HORRORS THAT WILL FOREVER STAIN OUR NATIONS HISTORY. INSTIGATED BY THE PRESIDENT OF THE UNITED STATES. THAT'S WHY IT'S SUCH A STAIN. CALLING FOR THIS SEDITIOUS ACT, THE PRESIDENT HAS COMMITTED AN UNSPEAKABLE ASSAULT ON OUR NATION AND OUR PEOPLE. I JOIN THE DEMOCRATIC LEADER ON CALLING ON THE VICE PRESIDENT TO REMOVE THIS PRESIDENT BY IMMEDIATELY INVOKING THE 25TH AMENDMENT. IF THE VICE PRESIDENT DOES NOT ACT, THE CONGRESS MAY BE PREPARED TO MOVE FORWARD WITH IMPEACHMENT. THAT IS THE OVERWHELMING SENTIMENT OF MY. AND THE AMERICAN PEOPLE BY THE WAY. JUSTICE WILL BE DONE TO THOSE WHO CARRIED OUT THESE ACTS WHICH WERE ACTS OF SEDITION AND ACTS OF COWARDICE. TO THOSE WHOSE PURPOSE WAS TO DETER OUR RESPONSIBILITY, YOU HAVE FAILED. YOU DID NOT DIVERT THE CONGRESS FROM OUR SOLEMN CONSTITUTIONAL PURPOSE. TO VALIDATE THE OVERWHELMING ELECTION OF JOE BIDEN AND KAMALA HARRIS AS PRESIDENT AND VICE PRESIDENT OF THE UNITED STATES. DESPITE THE DESECRATION OF OUR CAPITAL, WE UPHELD IN FRONT OF THE COUNTRY THE BEDROCK PRINCIPLE THAT THE PEOPLE ARE SOVEREIGN AND THAT THEY HOLD POWER TO CHOOSE THEIR LEADERS. REJECTING THIS ATTEMPTED COUP ON THE PART OF PRESIDENT TRUMP AND HIS SUPPORTERS. ACCOUNTABILITY IS ALSO NEEDED FOR REPUBLICANS IN CONGRESS WHO PROMOTED THE EXTREME CONSPIRACY THEORIES THAT PROVOKED THE VIOLENCE, ENCOURAGED THE MOB AND WHO AFTER DESECRATION OF THE CAPITAL WENT BACK TO THE HOUSE FLOOR AND CONTINUED TO UNDERPIN THIS ASSAULT ON OUR DEMOCRACY. THESE REPUBLICANS -- TO PROTECT THE AMERICAN PEOPLE AND DEFEND THE CONSTITUTION OF UNITED STATES. THE HOUSE WORKED THROUGH THE EVENING AND INTO THE MORNING UNTIL NEARLY 4 A.M. TO VALIDATE ELECTORAL COUNT PROCLAIMING JOE BIDEN AND KAMALA HARRIS AS THE DULY ELECTED PRESIDENT AND VICE PRESIDENT OF THE UNITED STATES. I WANT TO SAY HOW PROUD I AM OF MY MEMBERS. FOR A WHILE NOW, ADAM SCHIFF SET FORTH A PLAN THAT WAS ABOUT THE CONSTITUTION. IT WAS NOT ABOUT DONALD TRUMP AND ALL THE REASONS HE SHOULD NOT BE PRESIDENT. HE WAS NOT PART OF THIS. IT WAS ABOUT THE CONSTITUTION AND HOW WE HAVE TO, WE ARE A COUNTRY OF LAW. WE ARE NOT A MONARCHY WITH A KING AS JAMIE HAS SAID OVER AND OVER AGAIN. I WANT TO ALSO THANK THE MEMBERS OF THE ARIZONA DELEGATION LED BY -- ARIZONA DELEGATION AND PENNSYLVANIA DELEGATION FOR THE PRESENTATIONS THAT THEY MADE TO REFUTE THE RIDICULOUS STATEMENTS BEING MADE BY OUR COLLEAGUES, FOR WHAT REASON I DON'T KNOW. IT WASN'T ABOUT REASON. I THANK THEM FOR THOSE. ALL OF THIS THIS WEEK, OUR SWEARING IN ON SUNDAY, PREPARING FOR WEDNESDAY AS THE WEEK BEGAN. THE ELECTION OF TWO DEMOCRATS IN GEORGIA BECAUSE OF THE OVERWHELMING PARTICIPATION OF PEOPLE AT THE GRASSROOTS LEVEL. SO MANY PEOPLE, I'M SO PROUD OF OUR HOUSE MEMBERS. THE CHAIR OF THE GEORGIA DEMOCRATIC PARTY, NEWLY ELECTED CAROLYN BARDO, DAVID SCOTT, THE DEAN OF THE DELEGATION, HANK JOHNSON. THEY HAD THEIR PLAN ALREADY SHOULD THEY HAVE A JET DID -- SHOULD THEY HAVE OBJECTED TO GEORGIA. WE WERE PREPARED. MEMBERS WORKED HARD. IT'S ABOUT DEFENDING THE CONSTITUTION, HONORING OUR PURPOSE TO COUNT AND ASCERTAIN THE ELECTORAL NUMBERS. VERY PLEASED NOW THAT WE HAVE 13 DAYS. PRESIDENT JOE BIDEN AND A DEMOCRATIC HOUSE MAJORITY AND A DEMOCRATIC SENATE MAJORITY THAT WILL WORK TO HEAL AND RESTORE THE SOUL OF OUR NATION. I WILL CLOSE BY ST. FRANCIS WHOSE SONG OF ST. FRANCIS IS OUR CITIES ANTHEM. WHERE THERE IS DARKNESS, MAY YOU BRING LIGHT. THE LIST GOES ON. SO DOES THE TIME FOR HEALING. TAKE US DOWN A PATH OF UNITY, UNITY FOR OUR COUNTRY.

Resolved, That Donald John Trump, President of the United States, is impeached for high crimes and misdemeanors and that the following article of impeachment be exhibited to the United States Senate:

ARTICLE I: INCITEMENT OF INSURRECTION

On January 6, 2021, pursuant to the 12th Amendment to the Constitution of the United States, the Vice President of the United States, the House of Representatives, and the Senate met at the United States Capitol for a Joint Session of Congress to count the votes of the Electoral College. In the months preceding the Joint Session, President Trump repeatedly issued false statements asserting that the Presidential election results were the product of widespread fraud and should not be accepted by the American people or certified by State or Federal officials. Shortly before the Joint Session commenced, President Trump, addressed a crowd at the Ellipse in Washington, DC. There, he reiterated false claims that ‘‘we won this election, and we won it by a landslide’’. He also willfully made statements that, in context, encouraged—and foreseeably resulted in—lawless action at the Capitol, such as: ‘‘if you don’t fight like hell you’re not going to have a country anymore’’. Thus incited by Presi9 dent Trump, members of the crowd he had addressed, in an attempt to, among other objectives, interfere with the Joint Session’s solemn constitutional duty to certify the results of the 2020 Presidential election, unlawfully breached and vandalized the Capitol, injured and killed law enforcement personnel, menaced Members of Congress, the Vice President, and Congressional personnel, and engaged in other violent, deadly, destructive, and seditious acts.

President Trump’s conduct on January 6, 2021, followed his prior efforts to subvert and obstruct the certification of the results of the 2020 Presidential election. Those prior efforts included a phone call on January 2, 2021, during which President Trump urged the secretary of state of Georgia, Brad Raffensperger, to ‘‘find’’ enough votes to overturn the Georgia Presidential election results and threatened Secretary Raffensperger if he failed to do so.

In all this, President Trump gravely endangered the security of the United States and its institutions of Government. He threatened the integrity of the democratic system, interfered with the peaceful transition of power, and imperiled a coequal branch of Government. He thereby betrayed his trust as President, to the manifest injury of the people of the United States.

Wherefore, Donald John Trump, by such conduct, has demonstrated that he will remain a threat to national security, democracy, and the Constitution if allowed to remain in office, and has acted in a manner grossly incompatible with self-governance and the rule of law. Donald John Trump thus warrants impeachment and trial, removal from office, and disqualification to hold and enjoy any office of honor, trust, or profit under the United States.

Whoever incites, sets on foot, assists, or engages in any rebellion or insurrection against the authority of the United States or the laws thereof, or gives aid or comfort thereto, shall be fined under this title or imprisoned not more than ten years, or both; and shall be incapable of holding any office under the United States.

Whoever, with intent to cause the overthrow or destruction of any such government, prints, publishes, edits, issues, circulates, sells, distributes, or publicly displays any written or printed matter advocating, advising, or teaching the duty, necessity, desirability, or propriety of overthrowing or destroying any government in the United States by force or violence, or attempts to do so; or

Shall be fined under this title or imprisoned not more than twenty years, or both, and shall be ineligible for employment by the United States or any department or agency thereof, for the five years next following his conviction.

If two or more persons conspire to commit any offense named in this section, each shall be fined under this title or imprisoned not more than twenty years, or both, and shall be ineligible for employment by the United States or any department or agency thereof, for the five years next following his conviction.


CRS Report | The Impeachment Process in the Senate [PDF]


*************
The OP will be continually updated as information becomes available, and I have time to add to it.
moniker on January 22