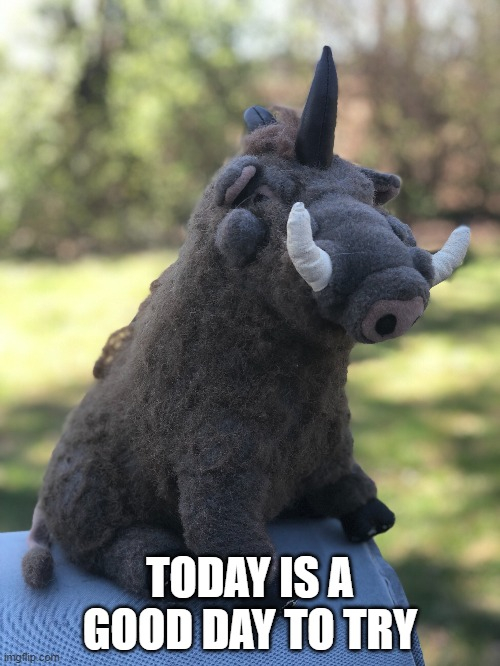 In a recent Star Trek Adventures session, we were describing the cabin/living quarters of our pilot, who is a Klingon named Thok Thinloct. Someone put forth this description: "A wall poster that looks like the Hang In There kitty, but it's a baby Targ holding on to a branch, and below it is the caption in Klingon 'Today is a good day to try!"

Anyway, this is the Star Trek thread. Discuss. And keep Lower Decks Season 2 stuff in spoilers (really, any new Trek stuff, like Strange New Worlds or Prodigy or whatever).