But we decide which is rightand which is an illusion.Registered User regular
October 2021 edited October 2021 in Critical Failures 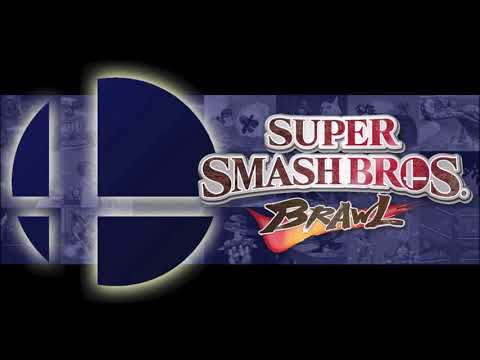 Produced and Directed by H3Knuckles
Opening post layout cribbed heavily from 38thDoe
With no balance testing (we die like gamers!)

In a world where Masahiro Sakurai was chained to his work desk,
competition breaks out to determine who will be the next DLC Fighters!

What is this?
This is a game where you pick a strategy to outfight your opponents for the honor of inclusion in gaming's greatest playable museum

Phalla is the Penny Arcade Forum's own version of the Mafia game (also known as Werewolf, also kind of like Among Us). You can read the typical rules here.

Specifics for this game are as follows:

In addition, players are expected to make at least two posts in this thread each game day. Also to submit your daily actions via PMs to the host (me).

In the event that a player does not fulfill these activity requirements for two days, they will be withdrawn from the game (and their role assigned to a reserve if available).

Do not directly quote anything I send you via PM, do not share screenshots of it. Paraphrasing is fine.

Do not add other players to PM conversations after they've started.

If you are removed from the game you can make one last post (traditionally framed between lines of o's and 0's) which cannot include any information about the game at all.

If you want clarifications on anything, write it in bold darkorange. If it's something generic, feel free to ask in this thread, but if it might give other players clues, you should ask me via PM.

Make sure to invite me to all channels of communication you set up with other players outside the thread (PM conversations, proboards, discord, etc).

The results post starting the next game day should usually go up with 1-2 hours, but this is my first time hosting so bear with me. You may talk in-between vote close and the results going up.

Friday-Sunday will count as one long game day, but I'm flexible to change that if enough players prefer otherwise.

Announce your sign-up in bold limegreen. If things change and you need to withdraw, please do so in bold darkorange, since players often make joke votes before the game starts. If we hit cap before you can join, or you're not sure about availability through the game, reserve sign-ups are greatly appreciated!

Each player will be assigned a potential new challenger, with a preferred fighting style out of the following: Aggressive, Balanced, Defensive, and Opportunist. Fighters may also have a style they are less effective with.

Each day players will be matched into pairs, trios, or quartets. These groups will then be assigned matches with the following rule types: Free For All, 2v2, or 1v1. A stage for each match will be declared (limited by match rules), and whether items will be active or not (also limited by match rules). Each of these may have interactions with a given fighting style. These assignments will be announced with the results of the previous day (or the start of game post on day 1).

Players must choose which style they will use each night and submit it to me via PM. If you do not, your character's preferred style will be chosen.

At the end of the night, each player will get a number of twenty-sided dice (D20) rolls depending on their strength with their chosen style, how well it suits the night's match, and compares to each of their opponents' choices (Aggressive>Defensive>Opportunist>Aggressive, Balanced is neutral to all others). It's a dice pool system, where only the best result counts, but having more rolls improves your chances. I believe I've worked it out so that it's mathematically impossible to have less than one dice roll each night. Some combinations can get a little over a dozen though.

In FFA, the player with the highest result gets 1st place, the second highest gets 2nd, etc. In 2v2, each team only uses their highest player's result, and both get either 1st or 4th. In 1v1 it directly compares the players and assigns 1st or 4th. Draws can happen.

Players begin with 3 stock each. If you lose all your stocks, you will be eliminated.

Coins may be used to purchase the following from the rewards shop:
You may gift purchased rewards to another player.

example 1 wrote:
Will there be Millers or Thralls?


There will be at least one Miller and Thrall.

example 2 wrote:
Is this a game with conversions?

kime wrote: »
At least one Miller and one Thrall, or at least one of those two?


At least one each

Heffling wrote: »
Can you transfer coins? How many opportunities will there to be earn coins? Why buy a bye when you can just buy an inactive for 3 coins less? Are the winners/losers public information?

discrider wrote: »
Are the shop prices going to be reduced due to the number of players?


Here goes. I think this will pace well for the reduced time.

discrider wrote: »
...
Although we can also just ditch winnings before being voted out and gift the store items to other people, so being voted out might not be that big a deal.

The OoO down the gift shop going before votes take effect, presumably so vote immunity works. Can you give bought items to other people before the vote as well?


Yes. All shop-related stuff triggers before anything else (except me having to answer the Clarification question)

discrider wrote: »
Do we resurrect with the shop items and coins we died with?

Calica wrote: »
I vote discrider for suspicious behavior... although I will miss their posts in this thread if they die.


Ties are no good. Actually What happens in case of a tie?


Pretty sure this is in the OP, but both candidates and the tiemaker die (unless someone has the vote immunity item, which also works for the tiemaker if they have it)


On further thought, since there were multiple players who were confused about this, I am going to reverse a previous policy decision: while I would continue to urge players to consider their nightly fighting style choices, I'm not going to ding people for inactivity if they haven't submitted one, since I'd acknowledged that it defaults to their characters' preferred option.

Daily Results Posts:
If you're curious about my icon; it's an update of the early Lego Castle theme's "Black Falcons" faction.