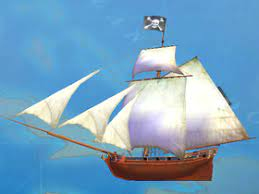 WHISPERED CURSE, a “Simple Minnow” upon the Twilight Expanse

-Figurehead of Lurue, The Unicorn Queen (Advantage on crew saves vs. Perception and Medicine)

- Flame/Thunder/Ice Resistant Magical Shielding: Provides additional protection/saves against extreme environmental conditions out on the Expanse. Some areas may only be entered with the proper magical shielding active

- Refined Lodestone: Provides additional protection/saves against all instances of Wild Magic targeting/interacting with the Ship and its inhabitants. Practically a necessity if one plans to be spending a lot of time going in and out of Palings and Rifts

- Wind-Filled Sails: Sails with a Wind Enchantment placed upon them, which work to either help channel or work against the will of the winds. Can negate a bad wind day, or double the progress of a good wind day

- Ship’s Figurehead: The Icon at the front of the Ship, representing the Curse and its crew. Bad luck to go without (If chosen, you three may choose the shape and style of the Figurehead, and then pick TWO skills. The general crew of the Curse will have get permanent Advantage on Checks made on those skills during random at-sea encounters)

- Impossible-Storeroom: Your storeroom is magically extended, somehow becoming larger on the inside than it is outside. Permanent increase to FOOD and SUPPLY storage (+10)

- Impossible-Indoors: A magical space (somehow larger on the inside than the outside) is constructed between the Orlop Deck and Ship’s Stores. This space can be used by the Wild Bunch and the Crew for various purposes which may aid in the course of the journey: a Training Area (improving combat ability), an Indoor Garden (improving access to remedies/potion ingredients), a Concert Hall (helping maintain MORALE), an Animal Stable, or any other similar space/skill set that the Wild Bunch can come up with! 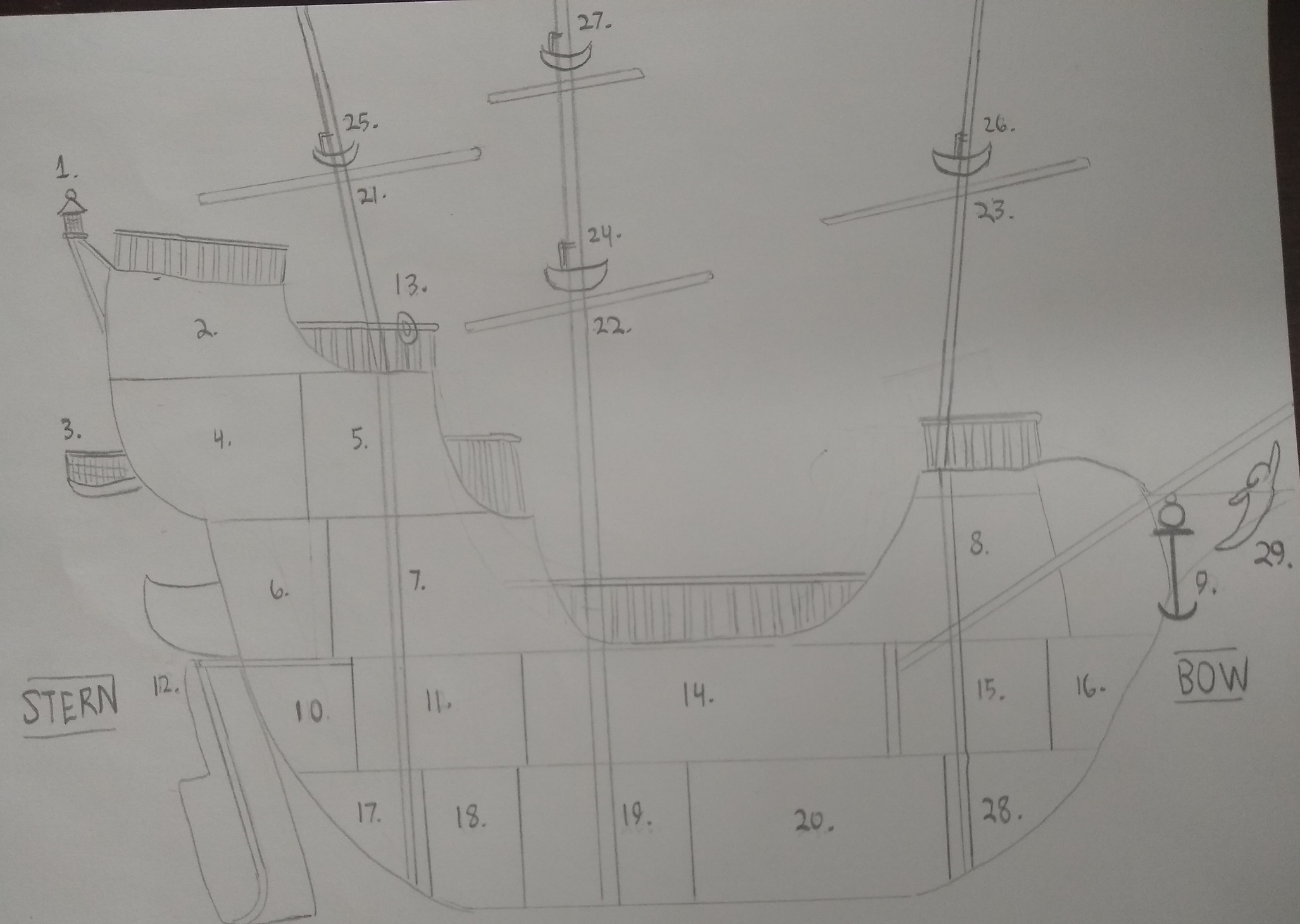 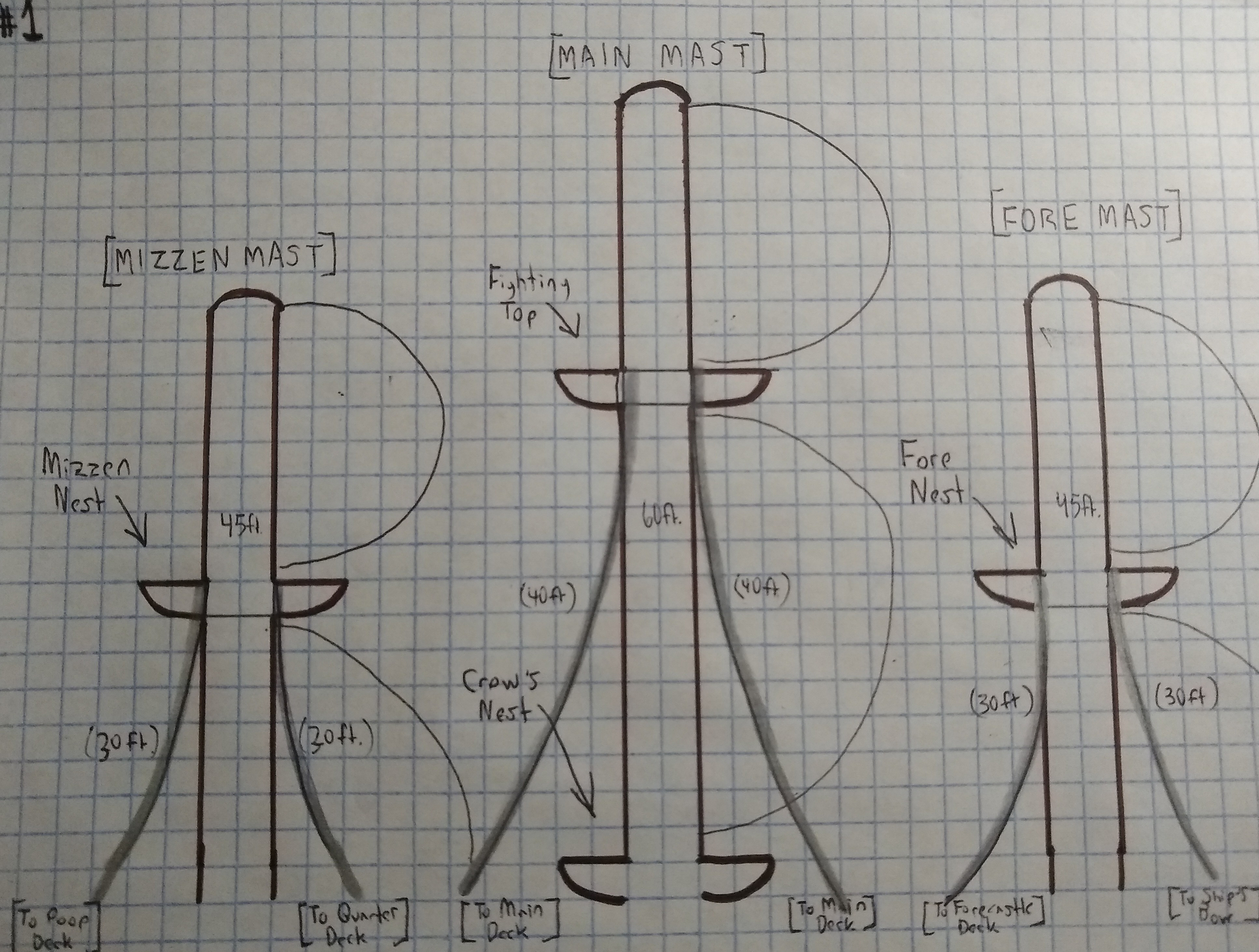 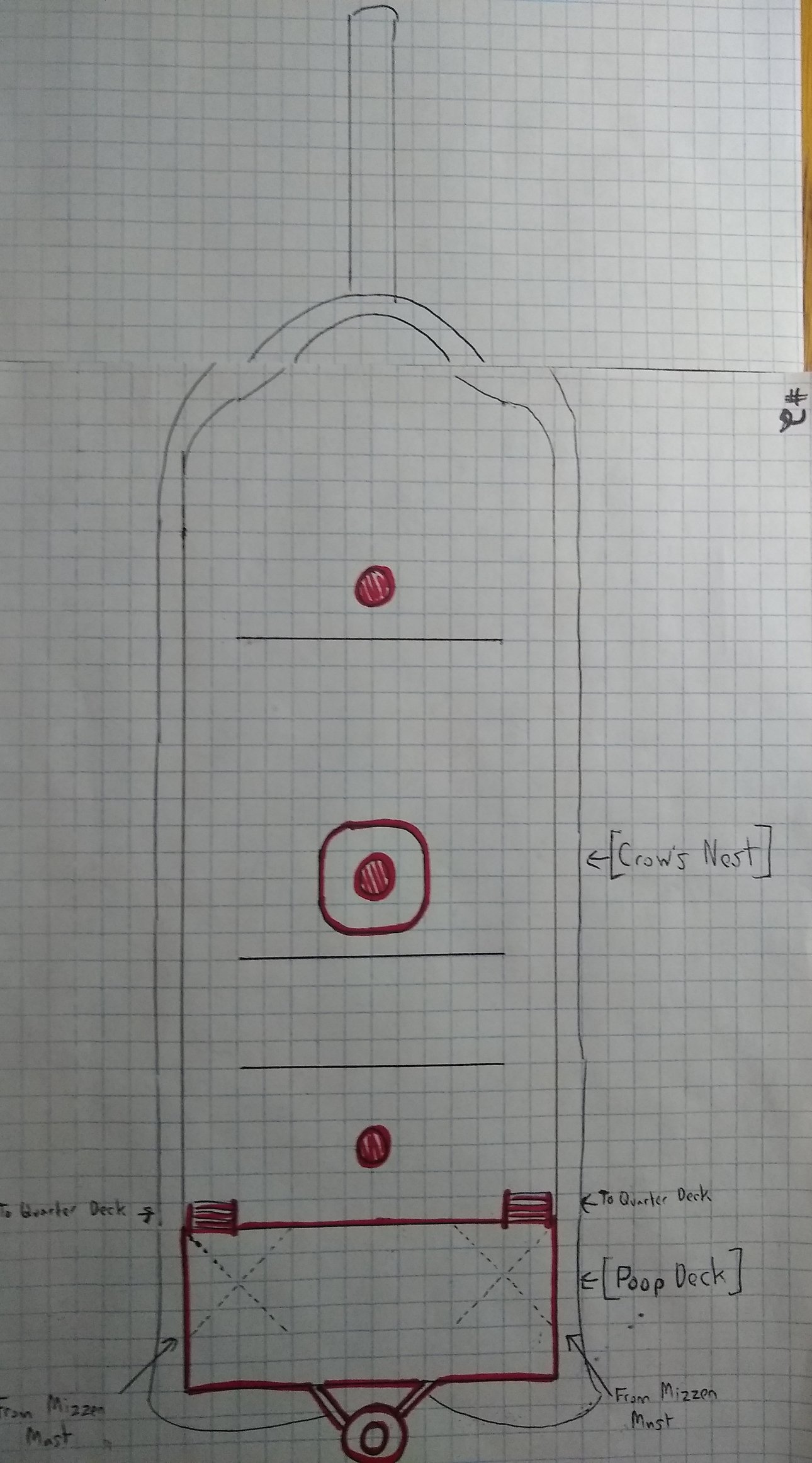 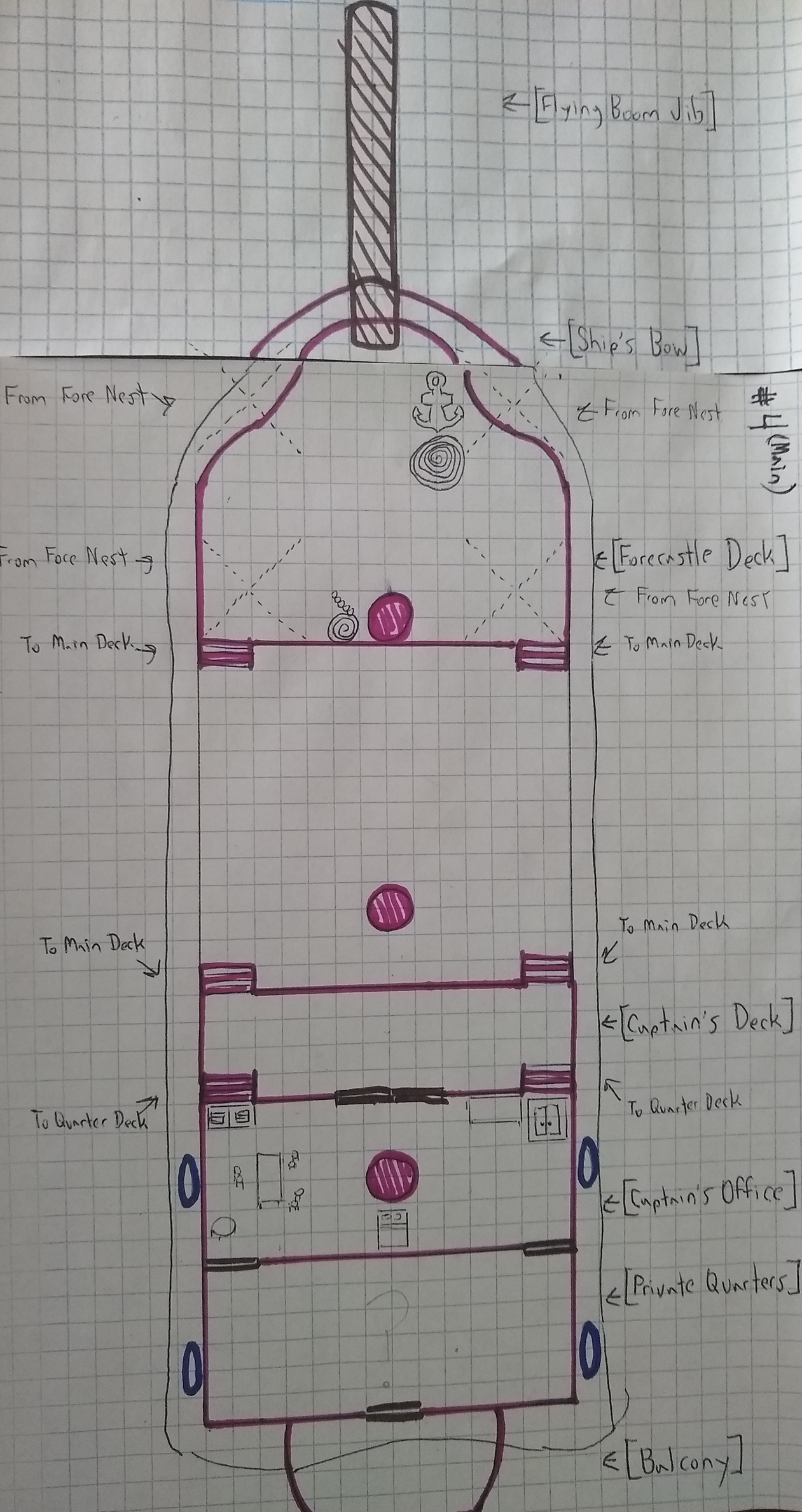 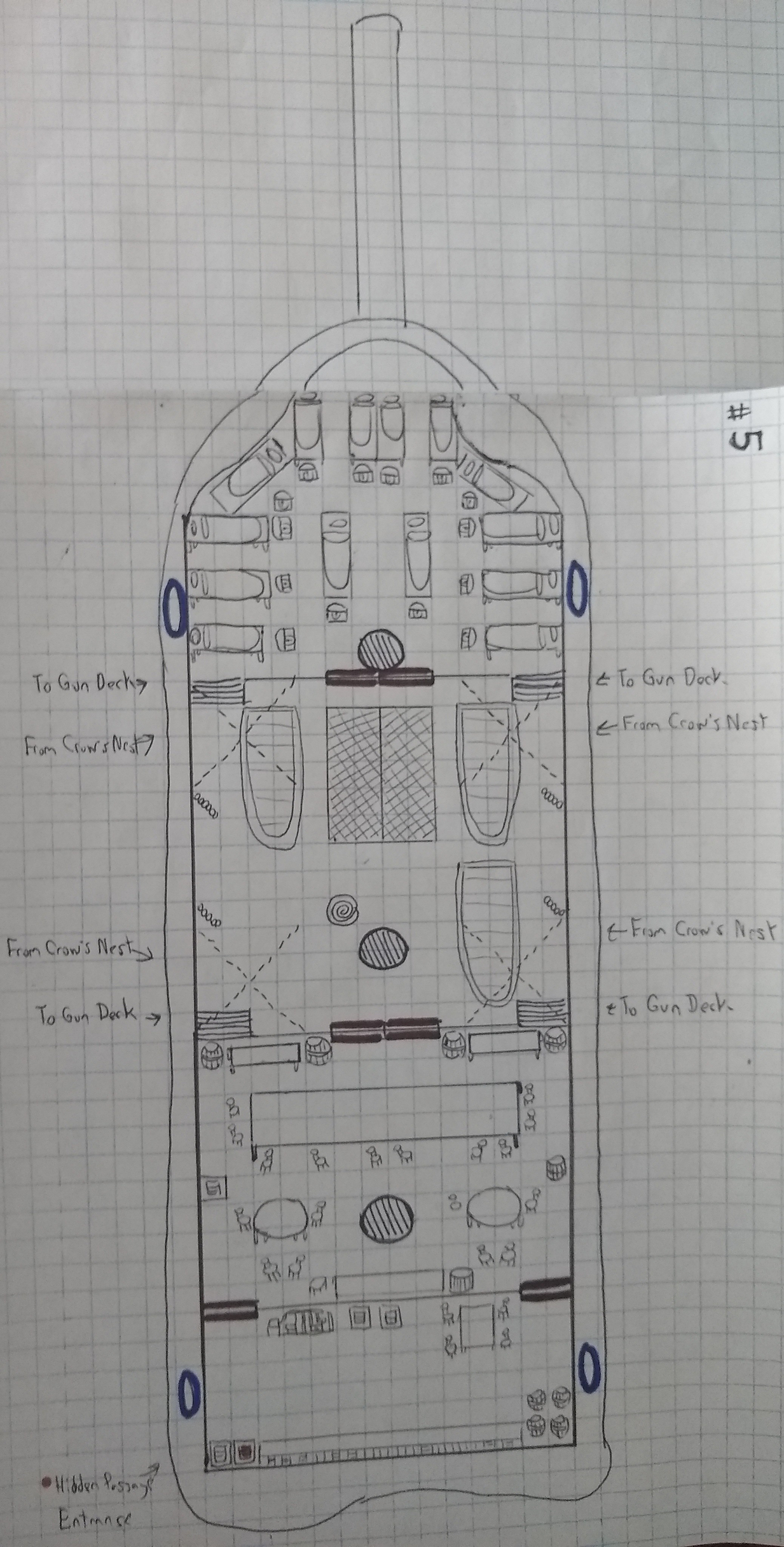 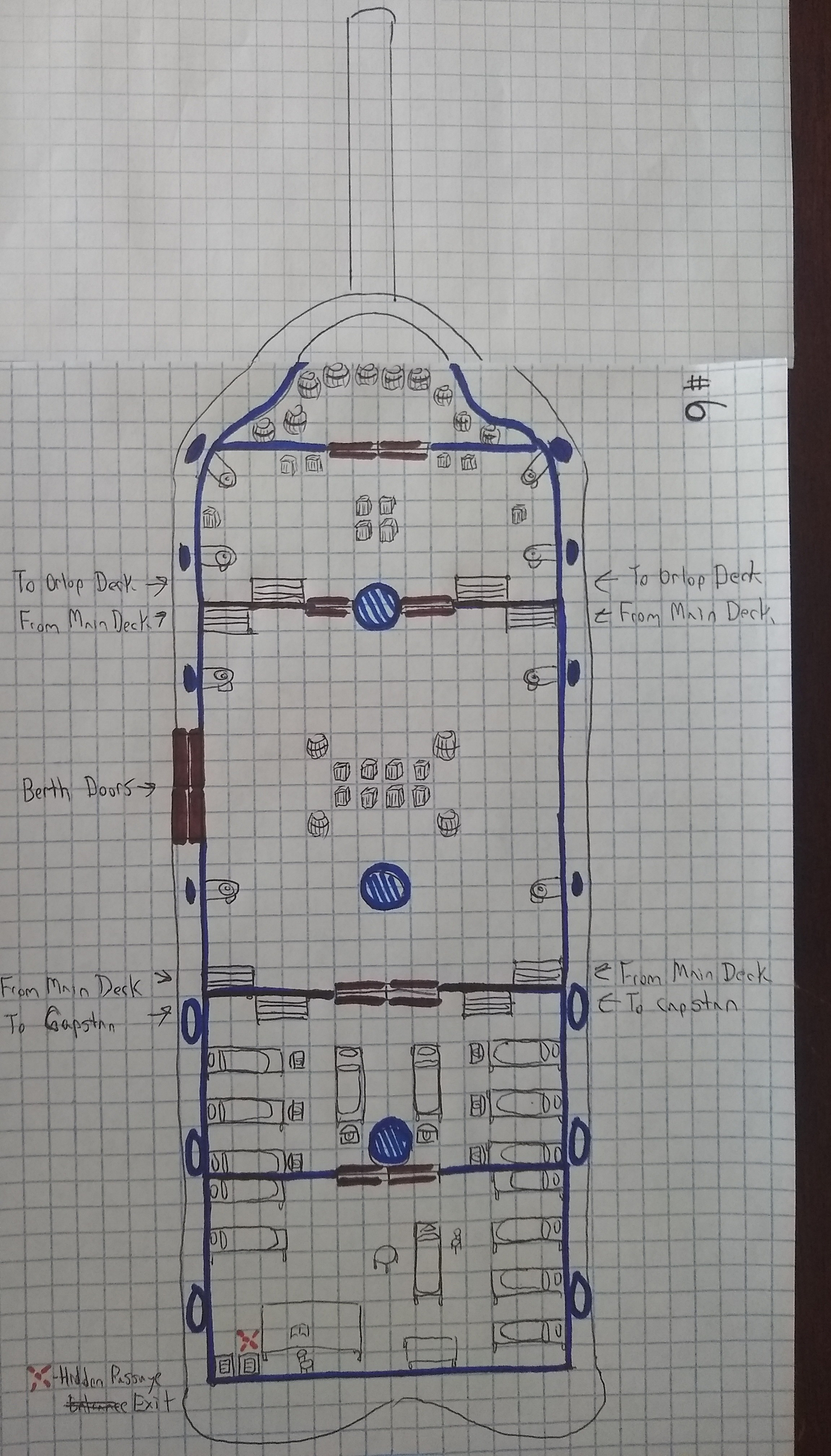 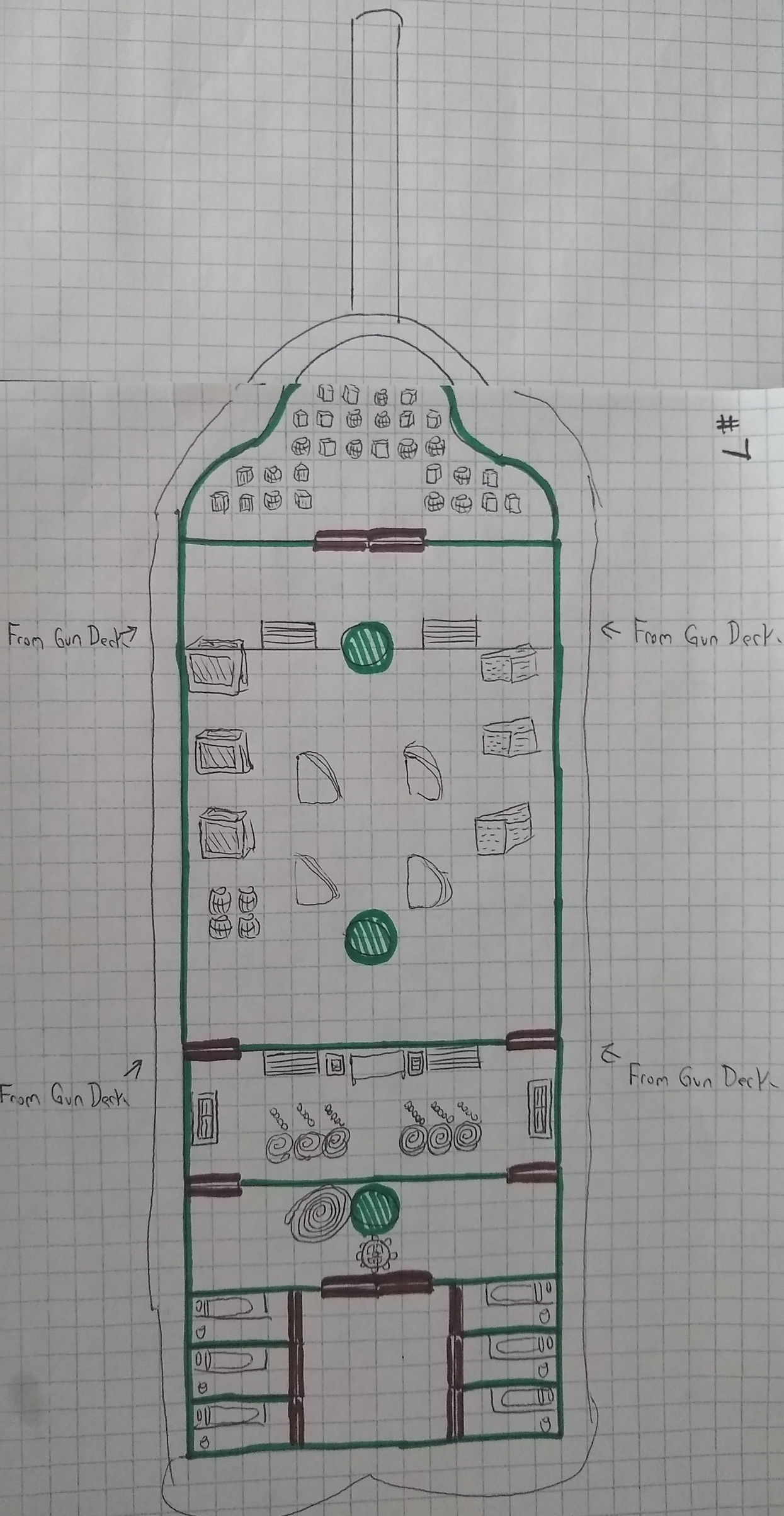