I noticed there was no [Marvel Crisis Protocol] thread - Assemble! 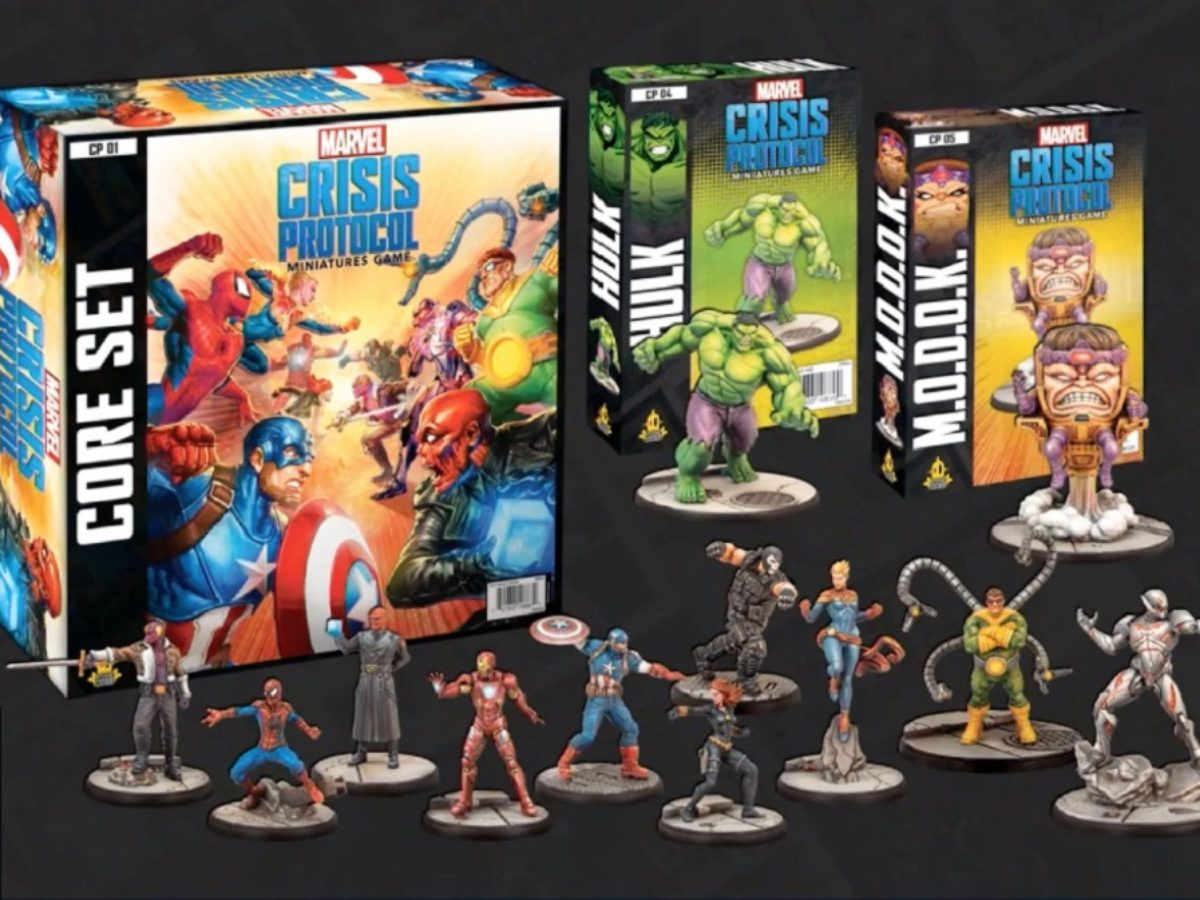 Recently I got into Marvel Crisis Protocol and was kind of surprised that there wasn't a dedicated thread on here. The game is super fun in either IRL or over Tabletop Simulator.

So, what is Marvel Crisis Protocol?

Marvel Crisis Protocol (MCP) is a tabletop skirmish game created by Atomic Mass Games that is played on a 3x3 Battlefield. Taking the roles of various heroes and villains of the Marvel Universe (more inspired by the comics than the MCU) teams battle to either secure objectives, extract objectives or just say screw it all and try to destroy the other team to ensure the victory!

The Core Box is the best way to get everything you need to get started. Depending on where you go, whether it is your FLGS or an online retailer, you can find it for around $80. The Core Box Includes:

A Metric Ass-Ton of tokens for Power, Damage and effects

A Round Tracker to keep track of rounds and Victory Points (VPs). The Game is played to 6 rounds or whoever scores 16 points, whichever comes first! 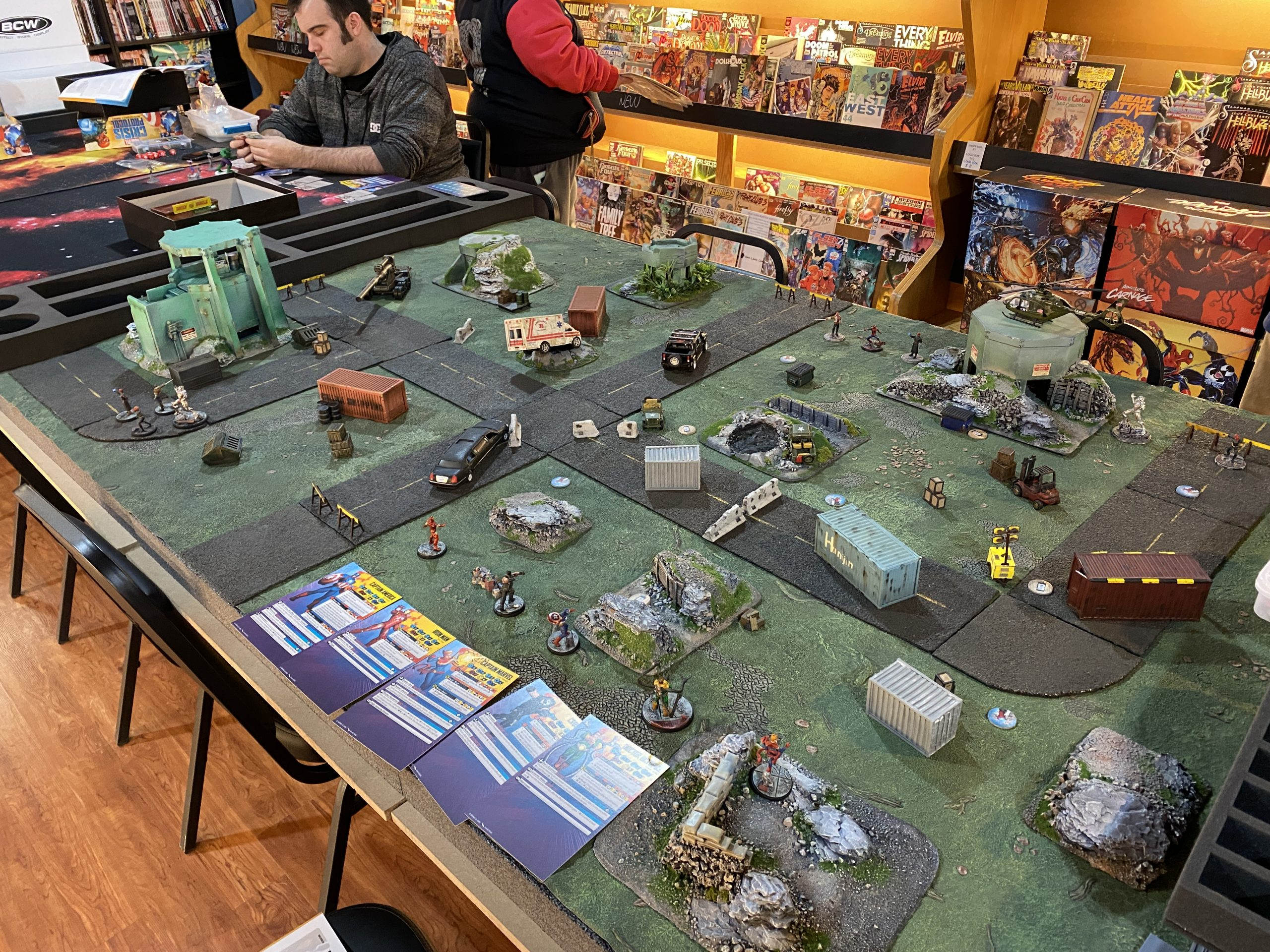 So, what are affiliations?

Every character, well most characters, belong to an affiliation. The Core Box includes two affiliations, The Avengers and The Cabal, but you can mix and match characters like they do in the comics! As long as most of your squad, determined but threat level, makes up a majority than, sure, Baron Zemo can team with The Defenders to take on X-Force guest starring Ghost Rider! Here are a list of all of the current affiliations to pick and choose from:

There are also two unaffiliated characters (The Punisher and Winter Soldier) but with the upcoming SHIELD affiliation Bucky now has a home.

Each affiliation as a leader or two (such as either the Steve or Sam version of Captain America, Magneto or Mystique for Brotherhood, etc.) which gives a leadership bonus and ability to the team. There are also tactics cards (which come with various characters) to add to the strategy to make things extra spicy. 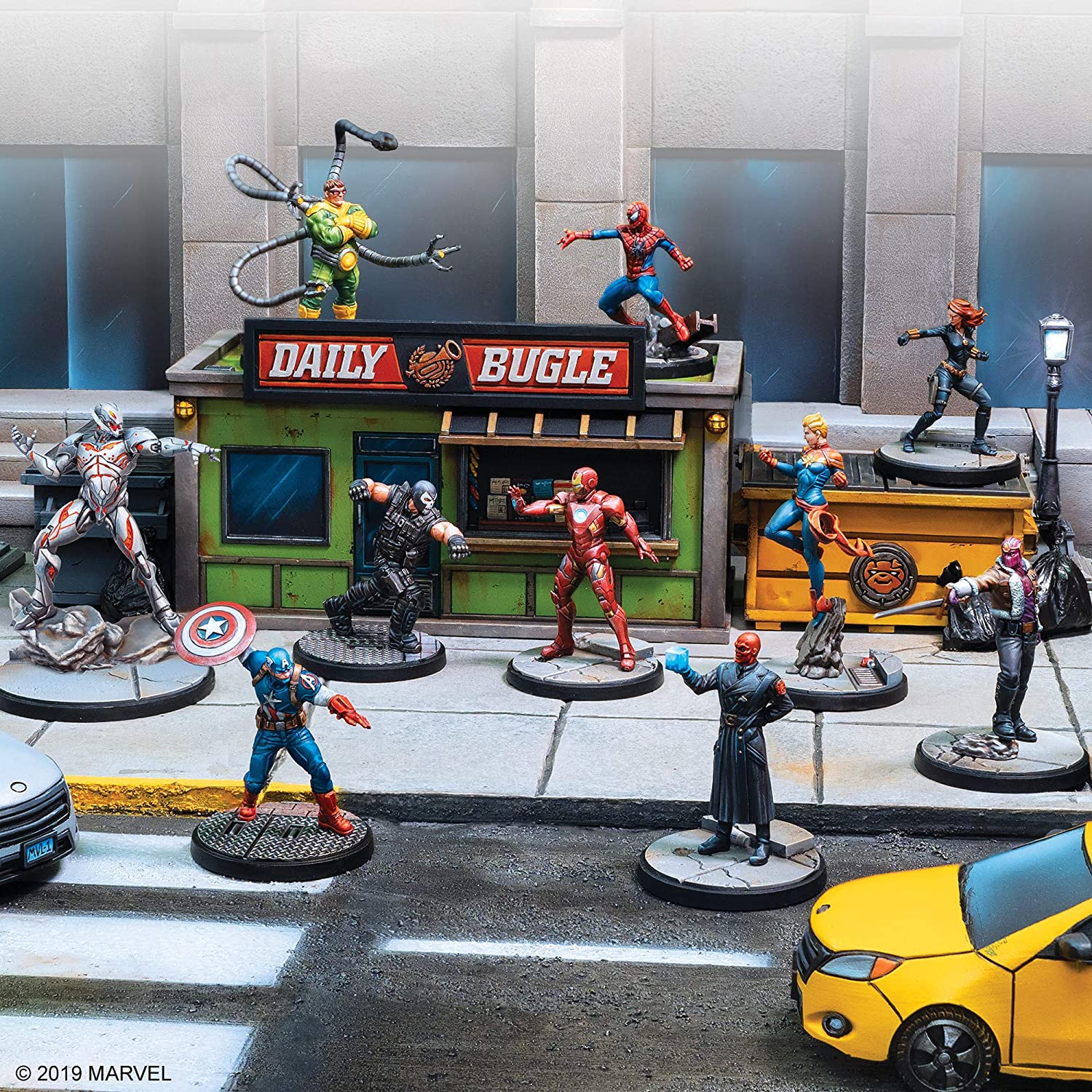 Sounds fun? If anyone wants to check out the rules, extra characters and whatever else click here to check the rules and what Characters are available.

WAIT! You mentioned something about Tabletop Simulator!

I did! Carefreellama was one of the creators of the TTS mod for MCP. It is full up to date but, as anyone who has used TTS knows, it can be a little daunting. Lucking there is a youtube channel called Rich_Mid Gaming that has plenty of tutorials for getting set up with it. It's a great way to get some games in when you can't get to an LGS and there is even an MCP League going on currently.