[D&D ?E] The Vastness Beyond - Drossmire 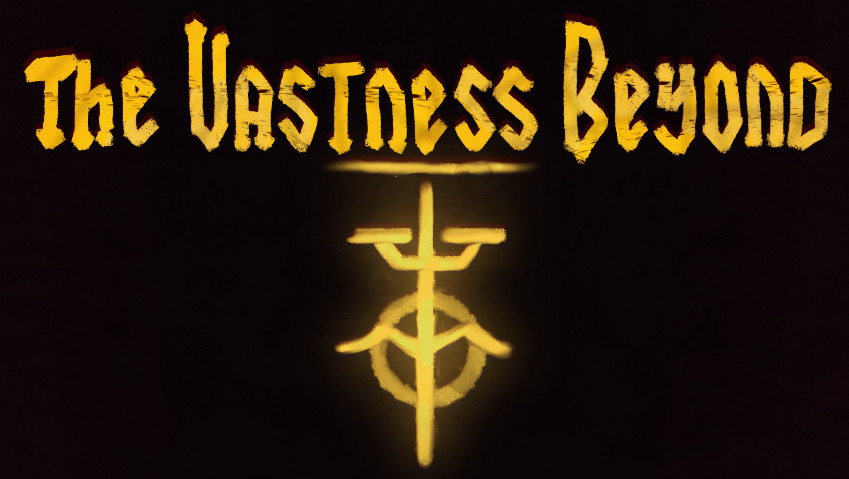 Welcome to The Vastness Beyond, a Play-by-Post adventure through the fog to a broken realm of much neglected beauty and terrible deeds best left buried.

This is the sign up period. No rush. Ask questions. Say what you’d like to see, and what you don’t. Chat amongst yourselves. Eat a bagel.

How much do I need to post?
Once a day would be nice, but no one will be left behind unduly. Some days we’ll get a good flow going and finish a dungeon in two hours, some days we’ll be frozen at the door for the weekend. It’s ok.

I want to talk out-of-character.
A spoiler tag is grand for a big paragraph, but I’ve actually found writing a sentence in italics works great, as you can slip it between in-character narration easily rather than putting all your thoughts at the bottom of your post and without the hassle of making the font green or whatever, which a player on their phone might not be able to see anyway.

Lunaire leaps from the edge!

This is a terrible idea.

“This is a fantastic idea!”, bellows Lunaire.

So I’m thinking of making a Wizard.


I want to be MASSIVE.
Well, you’ve got a ways to go, because we’ll be starting at 1st level. I’d like the heroes of our tale to appear human for aesthetic reasons, but behind the scenes any race will do. Likewise, no real limit on classes.

Any house rules?
Oh yes.
Speed Combat:
In The Vastness Beyond, all weapon attacks, ranged attacks and spells that require a roll to hit are an automatic success. You don’t roll a d20 to hit, you just do it. This is true for your enemies too!

If what you’re doing forces the target to make a saving throw that remains per the standard rules.

As the Play-by-Post format is going to put hours between posts this is foremost to save time on the back and forth discussing whether you’ve hit, but it also changes how you engage in battle. A surprise round is a golden opportunity. Being outnumbered, even by the weakest of foes, is a harrowing experience. You will take damage when you engage in combat, so should you? And if so, who do you take out first? Teamwork becomes vital.

Basically, say what you’re going to do, then roll your damage.

Heavy Metal:
You’re wondering about Armour Class, right? In this game whatever your AC would be, it is now a bonus amount added to your maximum HP. Any troubles, simply ask.

Next up is shields. What purpose do they serve now? A basic shield (the one you could start the game with) can be used as a ‘get out of damage card’. Narrate when you use it to take the full force of an attack, then drop it. It’s broken. You’ll likely find stronger shields as you traverse the Vastness Beyond.

Batch Initiative:
We will use regular initiative when that’ll be the most fun, but often I’ll define if your opponents have the drop on you (they go first), are on equal footing (you go first) or if you’ve ambushed them (surprise round, then go first). Like speed combat, this is so I can take the enemy’s turns in a row and we’re not waiting days between Player A’s turn, one creature’s turn and then the next player, and so on.

As such you’ll usually be able to take your turn within any point of the party’s collective turns, rather than waiting for someone in particular.

Creative Momentum:
Whenever you use your action in combat to do something improvised rather than attack or cast a spell, I’ll give you a tangible benefit such as:
Why? So you attempt that Intimidation skill check. So you bother to swing from that chandelier. So you kick over a barrel from a ledge instead of firing an arrow for the fourth time. So you cut the rope and hold on for dear life!

Conquest Advancement:
Forget experience. Instead the world is cut into pieces and as you complete an important piece you level up. Besides that each piece will hold something vital upon completion, such as access to faster means of travel, a feat for each member of the party or the ability to upgrade equipment. How you prioritise map completion will define your tale.

I’ll post the map later today. You’ll have an honest insight into each area and their bonuses so you can make informed choices on where to delve and where to avoid, as it suits you.

What’s the lore?!?
Generally human:
You are a mortal, a human-like thing of flesh, bone, blood and guts, with a heart that burns with ambition, an ounce of courage in your back pocket and a shard of want in your eye. You came from outside The Vastness Beyond, from one of the hundreds of kingdoms that rise and fall like the tides. Define or leave blank your homeland—we’re not going back there.

Just chilled out spooky vibes:
The Vastness Beyond is a known quantity. It isn't a myth; anyone can cross the threshold in search of glory and knowledge… it’s just that no one comes back. Accounts differ, but the story more or less goes that a king, or queen, attained truest nobility and was gifted, or took, the Crown Eternal, becoming the first Enthroned, sovereign of the entire world, and poured down celestial arcana from the heavens and out to the horizon—if there was magic before their reign it was surely trifling in comparison to what came after. This was many ages ago.

Since then wars and plots on a scale not seen since—but the scars deep—shattered the Crown and encircled The Vastness Beyond in impenetrable fog… save you dared that ghost-cold wall and crept through winding, blinding cracks to arrive… somewhere long forbidden…

Keep why you’re here a dramatic secret. You don’t have to figure out why at the start of the game.

I like swords:
While there may be large metal contraptions on occasion, we’ll mostly be going for that vaguely medieval fantasy with Gothic architecture look. Like a cold, dark painting; the mountains foreboding and distant, the forest black and livid, the palace all the more grandiose for its melancholy degradation. Folks pack halberd and shield, or have a sidearm wand hidden beneath layers of robes. A knight wanders in circles, unsure of what his weathered banner signifies. Something brutal lays on its side, crows picking at the rotten meat as it whispers to a master long dead. You’ve played Dark Souls, right?

Last thing for now. If you aren’t aware already, this very forum has a built in dice roller named Geth. Just type something like…

And they’ll shake it out for you. What’s more, the results won’t change if you edit your post!

XdY to roll X dice of Y sides.
Prefix N# to roll the dice N separate times.
Operators allowed are +, -, *, and / which follow order of operations. Division rounds down. Use parentheses if needed. Full format is any number of terms combined with the operators, where term is a literal number or a roll. N can be a term itself.
Combinatorics are possible as well. N-choose-K results can be of the form NcK, the value will be the number of combinations to choose K items from a set of N items, and return a random one of these sets in the details. (i.e. 4c2 might result in 6 [4c2=1,3]) Permutations are possible in the form NpK. These terms are useful for generating sequences.

Append the following modifiers as desired, if using multiple then they must be added in the order below. Some combinations may be invalid.