Cero MiedoRegistered User regular
April 12 edited May 2 in Critical Failures
Since the time when the gods first created mortal life, Charon, the infernal boatman, has ferried the dead across the River Styx and into the afterlife. In exchange, he has collected an eternity’s worth of tolls, ranging from the simple copper coins of peasants to the mythic and mystical relics wielded by those who shaped the land of the living.

It is these treasures that you seek to claim. Legend holds that those who pass away without a proper burial are cursed to wander the shores of the River Styx, unable to cross into the Exalted Domain of Elysium. It is on this river that Charon’s pyramid exists, a grim monument attracting all who seek to escape their purgatory.

For a share of the spoils, the Dread Priestess of the Ashen Cloister agrees to poison you and lay you out, unburied, in her courtyard for one night. You will die, only to descend into the underworld in an attempt to enter Charon’s lair. You have until sunrise to liberate all that you can carry from his pyramid, chief among the prizes being an artifact known only as the Crown of Charon. With this relic, one can commune with and seize control of the spirit of any mortal that has passed into the kingdoms of the gods.

When morning’s light breaks, the Dread Priestess will use a ritual to call your spirit and any treasures you have claimed back to your living frame.

Will you plumb the pyramid of all it's spoils, or will you return, poorer, wiser, and rightfully fearful of what lies beyond the veil? 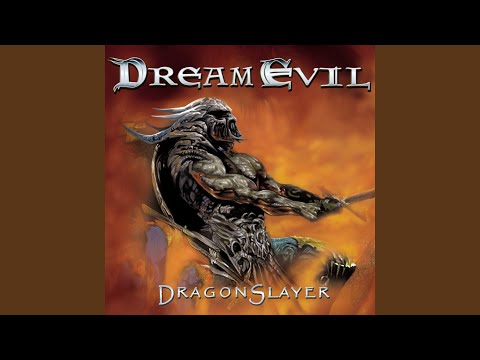 The Crown of Charon

So... what system is this being run in?
Why Dungeons and Dragons 5e, as if there was any other system in this world? (Oh god it burns)

Posting Requirements?
Try to post once a day as you can, and of course I know it'll be slow going on the weekends, but in general, as long as someone is interacting, we'll keep things moving.

is OOC chatter ok?
Totally. If Ron Howard narration spoiler tags is easier for you, fine. If you prefer the soto voce italics peppering your post, whatever floats your boat. You are encouraged to confer both in and out of character to navigate Charon's Pyramid.

What's the Starting Level?
This adventure assumes you're big enough deals that you're ready to start challenging the gods and committing other fun acts of hubris and begin to be able to back it up.

Your characters will be Level 13.

Give them a story, feel free to make them badasses, cause they are. Charon's realm is not easily steaded like so many mortal fastnesses.

Build Rules
WotC published mats, no Unearthed Arcana. Point buy for your stats. Starting equipment will be:
5,000 gp plus 1d10 × 250 gp
Three uncommon magic items
One rare item
Normal starting equipment to fill out any gaps. (REMINDER: Retainers and non class feature pets will not be hardy enough to traverse the veil, so plan accordingly)

Anything non-standard about this game's rules
Quite.

Standard KGM Mutators
Knee-Deep in the Dead - When you score a critical hit, max out your regular damage roll, roll critical damage as normal.
Hurt Me Plenty - When a monster scores a critical hit against you, it's regular damage roll will be maximized.
Glory Kill - A sufficiently described monster kill that exceeds lethal HP by 30% of the monster's max HP or more will be granted Inspiration and a free action 2nd wind (Heal 1 hit die +13). If the final blow misses, the monster teleports up to 40 ft.
Killing Spree - Killing 2 or more monsters in the same turn grants Inspiration and an extra action.

Non-Standard Mutators
No Rest For the Wicked - No long rests may be taken. Short rests may be taken as necessary with buy in from the whole party.
Spawn In - If a character perishes, their replacement will join the party as soon as it's convenient (Post-Combat or immediately if not in initiative order). New characters are assumed to be fresh with all spells and features fully charged, unless countermanded during play. This mutator deactivates when the final arena is entered.
High Score - Objectives achieved and rooms explored will contribute to the party's overall score. Each new character that spawns in will incur a 50 point penalty towards the final score.
Quarter Up - New Players are allowed to join from the Forbidden Feast so long as overall party size is maintained between 4-6 with agreement between all players.
The Night Stretches On - This game will have a loose time limit of about 3 Months (With possible extension depending on circumstances) If the Crown is not claimed in this time, the characters will be revived with whatever treasures they have looted from the Ferryman and will have the baleful gaze of the gods on them forevermore.

Any particular lore?
The World is one made as the gods wished for a place of stability and order away from the roiling maelstrom of Chaos from which they were spawned from. While they do love and adore the world and al lthey have created to live on it, much of their attention is spent preventing Chaos from encroaching on the cosmos to consume all that is and will be, which can lead to the rise of evil and injustice in the World.

Feel free to fill in gaps as you like.

To roll, our lovely local murderous bot can help. Just beseech it thusly:

and so on and so on.