Registered User regular
March 2008 edited April 2008 in Games and Technology
Woo hoo, I always wanted to do a mega thread. Hopefully I can do it without fucking up too bad.
Here goes! Marvel, as you should know, is a fantastic maker of graphic novels, and has been for some time> Some of the best heroes have come from Marvel, like The Avengers, Fantastic Four, The X-Men, Spiderman, and of course Moon Knight.
Of course, since comics can't possible be confined to one media, it has been in vidja gaymez since their inception. In this thread, I will give a 'brief' review of Marvel games in history, trying to include all major releases. Why? Because I'm bored, crazy, and love Marvel and video games.

Shitty Early Games.
The Questprobe series was released in 1978 for the Atari, and later re-released on a bunch of other equally old systemd (C64, Apple II, etc). There were three games, based on The Hulk, Spiderman, and another based solely on the Human Torch and The Thing (Why not the rest of the F4??). It sucked (text-based!), but if you don't believe me, lookie here:

Less Shitty Arcade Games!
Captain America and the Avengers is an old school side-scrollin' brawler. Obviously, you can choose Cap or Hawkeye, Vision, or the perpetual drunk, Iron Man! This game was super awesome in Arcades, and it came out on SNES and Genesis too. Other system had it, but those versions SUCKED.

X-Men the Arcade game was very similar to Cap & Pals, but this time it's by Konami, and, as attested by the kickass TMNT games, this one is pretty damn fun. You can choose from a few characters, but it doesn't matter; If you don't get Wolverine or Colossus you're fucked. Even if Nightcrawler has the coolest power. 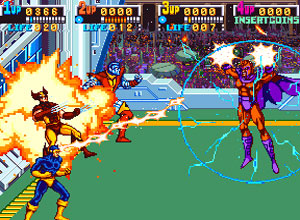 The Punisher is another side-scroller, but with GUNS! Also, only two player. But! That lucky #2 is NICK FUCKIN' FURY, the cigar chompin' badass of SHIELD.

And a very speedy into GIF:

Sweet Fightin' Games
Can't make this thread without mentioning Marvel Vs. Capcom, and it's sequel. While hacing the most bitchin'-est roster EVER, the balance was kinda fucked and the stage variety blows. But, still worth seeing Megaman kick the SHIT out of the Cap. Was in arcades, and also on PS2 and Dreamcast!

Then there's the not so great fighting games...
Marvel Nemesis: Rise of the Imperfects is a game in the vein of Power Stone. I say this in that you run around in a 3-D space and fight using objects in the environment. But this is wrong, since Power Stone kicked ass, and this game didn't. It did create a slew of some cool and some really really fucking dumb characters, most of which were actually rip-offs of already made characters. Had a cool tie-in comic, though.

Recent games the totally DIDN'T suck huge pails of cock
SPIDERMAN! Sick-nasty game that showed how to do a super hero game RIGHT. Released on a but ton of systems, it was goood. Great controls, fun gameplay (Aside from that fucking last boss), and narration by STAN THE MAN LEE. Also, had sweet unlockables like a Capitan Universe costume.

The Incredible Hulk: Ultimate Destruction. Buy it. It's fucking awesome. Tube recently did a thread on it, basically sums up why this game is so bad ass. 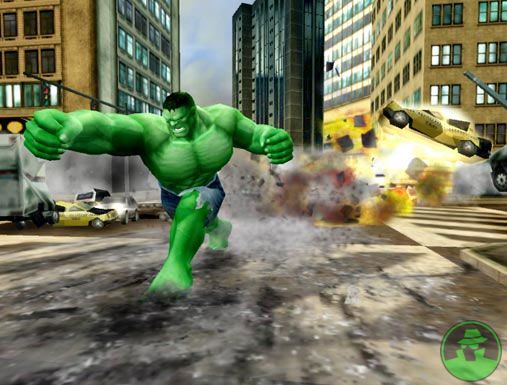 X-Men Legends series and Ultimate Alliance! Great games with a awesome core idea: take all the greatest Marvel heroes, stuff them in one game, and let them kick the shit out of baddies. Isn't a flawless formula, but it's great. Is one part beat-em-up, one part RPG, all baddass. Also, all of these are thuper cheap, so go get them. Think Gauntlet with more awesome.

What could have been...
Marvel Universe Online was a planned MMORPG in the vein of City Of Heroes/Villains, wherein players could create heroes and battle alongside Marvels greatest. Sounds awesome, right? Well, it was. Then it got shitt canned. No worries, though! it has been crafted into Champions Online, same idea minus the Marvel dudes. Coming to PC's and 360!

Stuff I left out!
There were a ton of Spiderman, X-Men, and other Marvel games out out on the SNES and Genesis, most of which sucked balls. I left them out due to sheer suckiness. I have also missed other games, that, while good, where not among my favorites (I only listed the sucky ones above since I actually played them, and therefore was confident in my saving they SUCK).
Thanks! Now, reminisce and tell me how I suck for leaving out Marvel Super Heroes by Capcom.

HYPER SOOPER EDIT
Yeah, if I left out a game you LOVED, don't bitch! Make a post about it! Contribute! I have *not* played every Marvel game (yet), so I didn't mention ones I had not played! Go for it!
Xbox - Local H Jay
PS - Local_H_Jay
Sub me on Youtube
And Twitch
Local H Jay on April 2008
0
«1234»