Schizoid (XBLA) - All the co-op fun of N+ with less wanting to kill your partner! 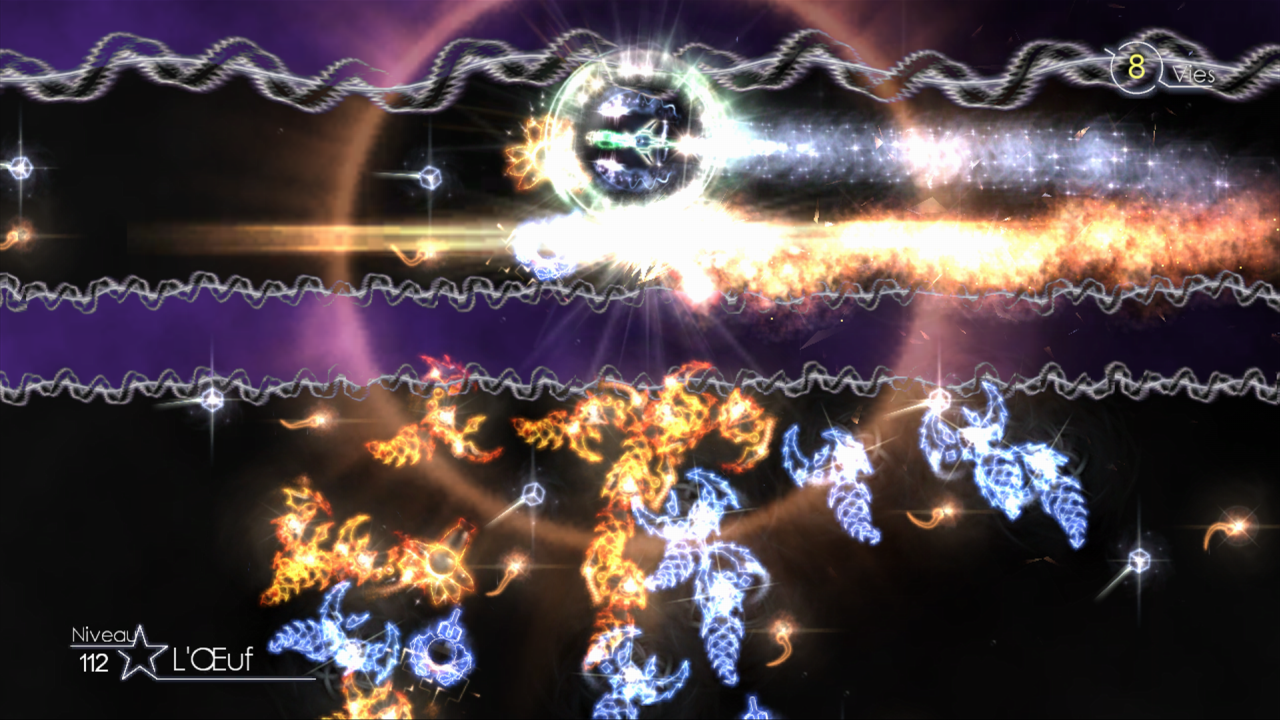 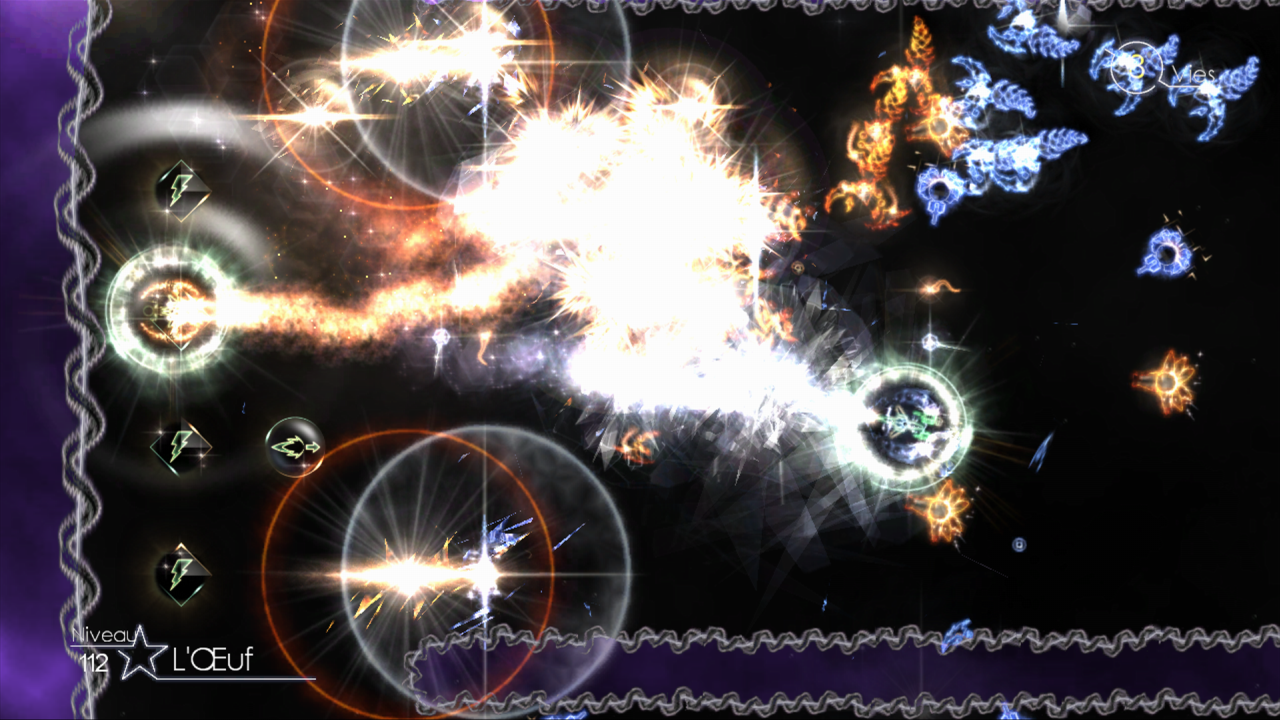 From Torpex Games, and one of the Pax 10 Winners, Schizoid was released on XBLA last wednesday (july 9th)

Description: "Schizoid – the most co-op game ever. 1 or 2 players control red and blue player ships. Each ship rams and destroys enemies of its own color, but gets destroyed by enemies of the opposite color. The two ships must alternately protect and attack, working together closely to fight through over 120 levels of glowing, exploding mayhem! For hardcore players, see how far you can get in “Uberschizoid” mode, controlling both ships at once…"

Further description: If you have played N+, you'll find the campaign setup similar - the campaign is sets of 7 missions, where you begin each set with 10 lives. Each level has two ships (red and blue), with you either controlling one with an ai partner (normal mode), controlling one per person (co-op mode), or controlling both with the two thumbsticks (uberschizoid mode). You get points for losing as few lives as possible when completing a mission, and doing so without dying gives you a gold star (and lets you skip that mission in subsequent playthroughs, which is oh-so-nice for completionist-style going back to gold star everything). Enemies range from scorpion-ish things, to star-things (think green cubes from Geometry wars), transforming things, egg-laying things... all with stupid names that I'm far too lazy to go look up now!

Why should you care if you have friends: Co-op is basically set up like N+, where you can play through the 120 campaign levels that ramp up from easy to wanting to stab your friend in the head when he stupidly flies straight into an orange star. However, unlike N+ once you gold-star a level, you don't have to repeat it, making it far easier to get through some of the worst levels (having 10 lives doesn't hurt). It's also the most fun I've had since N+, and will cause me to be very very sad if the Geometry Wars sequel doesn't have Live co-op, because it's totally awesome (and made much much better by mocking your friends' stupidity (or possibly your own) over voice chat!)

But what if you don't have friends?! Besides harassing other PA'ers, you can also try the Uberschizoid mode, in which you control one ship with each thumb, in the most cross-eye-inducing game mode since some of those bizzare stress games in Brain Training. Complete all 120 missions or go completely mental!


So yeah, more people need to buy this since my friend and I were like 400th on the leaderboard after 15 minutes of playing... so get to work everyone!