The Dailyshow/Colbert Report: &quot;Where Roe V Wade is two ways to get across a river.&quot;

Lord Of The Pants

Registered User regular
December 2008 edited June 2009 in Debate and/or Discourse
In this thread we will participate in the discussion of the two "Soft News" Comedy programs: 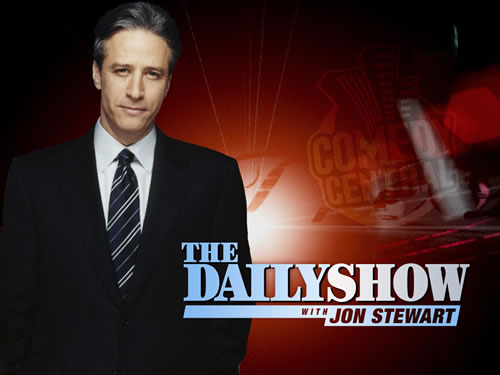 What are these programs?

The Daily Show (known in its current incarnation as The Daily Show with Jon Stewart) is an American satirical television program airing each Monday through Thursday on Comedy Central in the United States. The half-hour long show premiered on Monday, July 22, 1996, and was hosted by Craig Kilborn, who acted as its anchorman until his departure in December 1998. Jon Stewart took over as host in January 1999, bringing a number of changes to the show's content. Under Stewart The Daily Show has become more strongly focused around politics and the national media, in contrast with the more character-driven focus during Kilborn's tenure.

Describing itself as a fake news program, The Daily Show draws its comedy from recent news stories, satirizing political figures, media organizations, and often, aspects of the show itself. The show typically opens with a monologue from the host relating to recent headlines and frequently features exchanges with one or more of several correspondents, who adopt absurd or humorously exaggerated takes on current events against Stewart's straight man persona. The final act is reserved for a celebrity interview, with guests ranging from actors and musicians to nonfiction authors and political figures.

«1234567…63»
This discussion has been closed.
Penny Arcade Forums› Debate and/or Discourse
Powered by Vanilla