Registered User regular
April 2006 edited January 2007 in Games and Technology
Ace Combat Zero for the Playstation 2 is released, and seeing how the series is one of the best and most intense flight action series available on the Playstation 2, I figured a new thread was needed. The game was released in America on April 25th. As is tradition, the new title sports many improvements over past titles to increase the intensity and fun of aerial combat. 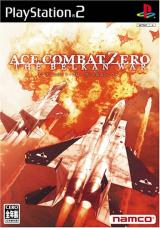 * A story set in the Belkan War, taking place 15 years before the events of Ace Combat 5.

* Increased enemy intelligence. They will work together to lure and defeat you and your squad members.

* A Rival Ace system, new to the series. Depending on your title, enemy ace squadrons and pilots will appear mid-mission to challenge you and make completing your objectives that much more difficult. Not only do they look cooler than regular enemies and have unique planes, they are much more intelligent than regular pilots and can maneuver and fight on a whole new level.

* You can earn titles depending on your style of play. These titles include Knight, for the player who disables enemies instead of killing them (this is possible, but difficult), Soldier, for the player who sticks to the mission objectives and does not deviate or do extra, and Mercenary, for the cold blooded killer who enjoys destroying everything in his path. Your title will determine how you branch through missions and what rival aces will appear mid-mission.

* Documentary-style cutscenes featuring live actors. If the trailer is any indictation, we won't have to worry about poor and shoddy acting. 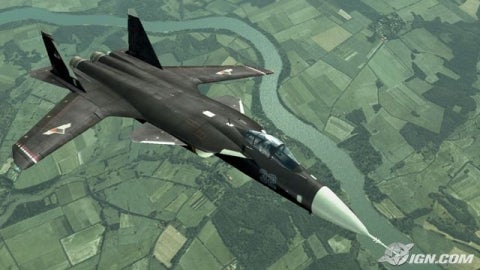