Registered User
September 2011 edited September 2011 in Artist's Corner
Hey all. I really enjoy PA. My favorite part would be the Gabe Art portion, showing the comics as they're drawn. I've been working on my own web comic for the last two years or so and was curious what I looked liked while drawing a comic. I use Manga Studio Debut and a Wacom Bamboo tablet for my work. The video is on YouTube and it's me drawing the comic from start to finish for next Sunday, the 18th, so it's also a preview of a future strip. It's also sped to 8x speed, because I experimented with other rates, from real time to 32x and 8x was the most balanced. 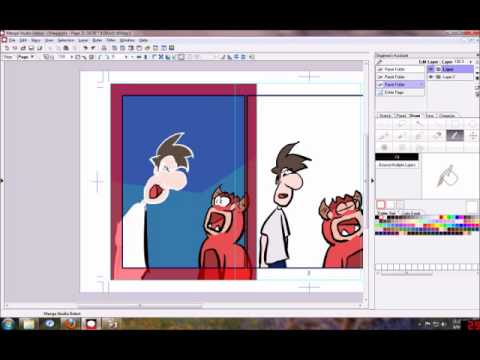 I'm curious what other people think of my work. I'm not a really good artist but I've been at it since I was little, and the characters in this strip were conceived back in '99. My biggest issue is consistency. What does everyone (or anyone) think?
Stop by http://comic.e-aagh.net for my webcomic and http://e-aagh.net for my game site.
Alphasim on September 2011
0