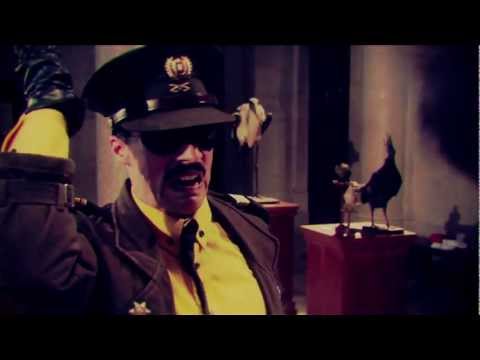 It's a low budget martial arts parody about a Portuguese fascist super-hero in the 1960's. You'll have to actually follow the link to Youtube and click on the little Closed Captions (CC) icon there if you want English subtitles, though.

It's also a follow-up to another TV series I made a few years ago (http://www.mundocatita.com) which was also incredibly low budget, but this time about a failed Portuguese lounge singer that decided to run for President with the help of a ghost friend.

I have no idea if any of this makes any sense to anyone outside Portugal, but I hope you like it. I'm a huge PA fan, so I guess I'm hoping someone around the office watches it eventually.