Oh hey guys do you want to sell me this fancy [military spending] thread?

squeeeeeezzeeeesome more tax breaks outRegistered User regular
March 2012 edited March 2012 in Debate and/or Discourse
So, we know that we spend a lot of money on our military here in the US. More than the next however many countries combined, more than we give in aid by a factor of something silly, and so forth.

Let's start you off with some Eisenhower! He was a general, and a generally good leader! http://www.h-net.org/~hst306/documents/indust.html
A vital element in keeping the peace is our military establishment. Our arms must be mighty, ready for instant action, so that no potential aggressor may be tempted to risk his own destruction.

Our military organization today bears little relation to that known by any of my predecessors in peacetime, or indeed by the fighting men of World War II or Korea.

Until the latest of our world conflicts, the United States had no armaments industry. American makers of plowshares could, with time and as required, make swords as well. But now we can no longer risk emergency improvisation of national defense; we have been compelled to create a permanent armaments industry of vast proportions. Added to this, three and a half million men and women are directly engaged in the defense establishment. We annually spend on military security more than the net income of all United States corporations.

This conjunction of an immense military establishment and a large arms industry is new in the American experience. The total influence -- economic, political, even spiritual -- is felt in every city, every State house, every office of the Federal government. We recognize the imperative need for this development. Yet we must not fail to comprehend its grave implications. Our toil, resources and livelihood are all involved; so is the very structure of our society.

In the councils of government, we must guard against the acquisition of unwarranted influence, whether sought or unsought, by the militaryindustrial complex
. The potential for the disastrous rise of misplaced power exists and will persist. These are two of the more impactful graphs you see floating around, but keep in mind that we make a ton of money, so we're going to spend a lot on the military.

We're not the biggest spender by GDP, and Mittens proposed 4% of GDP into the military would be cutting spending, however, we basically spend like a war-like, developing, or middle eastern country if you look @ GDP.

The question is, should we?
We blow money on stupid freaking crap in the US military. When I was in, our squadron had "use-or-lose" money. That meant as the fiscal year-end drew near, if we had $$ left over, some of us would take a road trip, or we'd buy 5 50+" tvs for the briefing room or we'd go get new cabinents for the breakroom.

These were unneccessary expenditures except that the way our budgeting process worked was that if we came up with excess funds in a given year, instead of being given a pat on the back and a "nice job", that money just was taken for next year's budget and we wouldn't have it if/when we needed it.

We also were constantly buying new crappy software:
it worked like this. master sergeant bob programmed a "better" program during the time he was in the military. He may have even done it on work computers; kind of a no-no, but since he was buddies with captain mike, people looked the other way. He seperates from the military and partners with captain mike when he seperates to found a software company. They use their connections and experience to present this new (basically equally functional, rarely much more functional, but NEWER DANG IT) software to major james who now is in charge of say, contracts for the wing. The major went to OTS with captain mike and so he's pretty open to upgrading with this new software.

This software is pretty funny stuff. You have all sorts of mock-ups IN THE PROGRAM for the first year or two of deployment. Plenty of, "Yea, that's going to be somethign you can do" and you can actually DO it 2 years later. It's a bad bad joke.

The end result? After ~4-5 years, we get this "new awesome" software to the functionality of the previous software with a few new useful features. Of course, since MSG Bob wasn't really an amazing programmer (I mean, he was in the military doing another job...), the military service using this software got to be the beta testers for a couple of years. And paid the ol' MSG, the old captain, and their various software monkey they've hired since getting the contract for the software.

Eventually the software is pounded into functional form. It's kind of crappy stuff, but it gets the job done and is fairly stable now. It crashes a few times each week, but you deal with it.

Then a year or two later, someone seperates and comes calling with this sweet new software...

Then of course there is Haliburton, which, while not strictly military, might as well be since they're essentially the official go-to contractor for the US military in foreign lands.
Haliburton has been given uncontested contracts to rebuild in places like Iraq. They are guarenteed profit (costs+1% as a minimum) and don't have to bid against other companies.

So, is military spending a problem or is it more HOW we're spending it (as stupidly as possible I guess I'm trying to say)?

Would we receive better results for less costs if we just dropped bales of $20 bills on countries that piss us off? 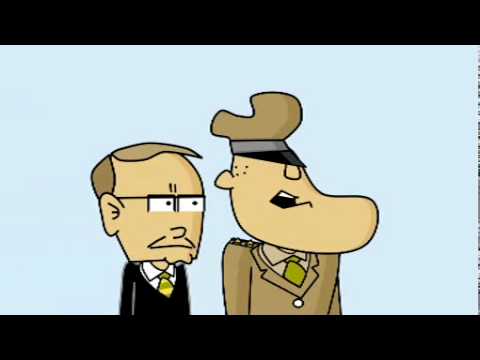 Walkerdog on MTGO
TylerJ on League of Legends (it's free and fun!)
sportzboytjw on March 2012
0
«12»