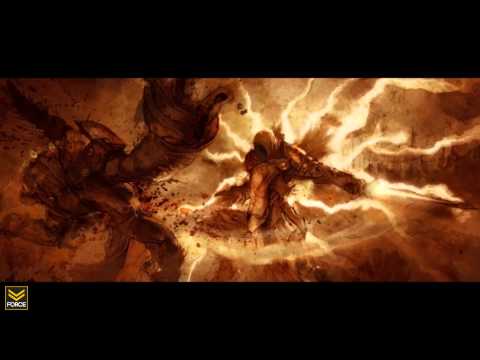 Welcome to the Diablo 3 thread!
For the maximum thread browsing experience, plase click here before continuing.

PA Battletags! Join us in game! First, Add yourself to the list. Then, View the full list here!

Eleven long years after Diablo 2: Lord of Distruction, Diablo 3 is finally upon us. Story wise, Diablo 3 takes place 20 years after the events of Diablo 2. But first, lets get everyone up to speed on the story so far. If you are new to the series and have no idea what happened in the previous two games, or you are an old vet who just wants a refresher before diving into D3, the following playlist serves as a great refresher on what has taken place in the world of Sanctuary. 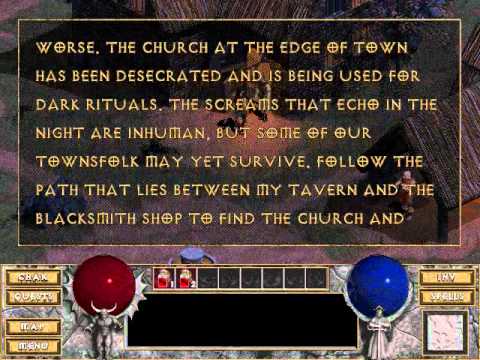 The rest can be found here

So what's different from Diablo 2?

The gameplay is what you would expect from Diablo. While the game is still an isometric click fest where you slaughter hundreds of demons in the enternal search for better loot, several of the mechanics/game systems have been changed. The game is, as you have surely heard by now, online only. You can set games to be private (invite only), friends only, and open to public. With friends only games, your friends will see a quick join button on their main screens, letting them drop in any time as long as there is room. The max player size is also 4 now. Skill trees, skill points, synergies, and manual stat placement are all gone. Instead, all of your stat points (you get more than 5 now) are gained and placed automatically with each level up, with distribution based on your class. Skills are now broken into Actives and Passives, and are all gained as you level up, along with the new skill runes (see below). The potion belt is also gone, and potions themselves now have a 30 second cooldown, so no more chugging to stay alive. Instead, enemies drop Health Orbs, which simply heal you (and all your allies within range.) when you walk over them. The bigger the orb, the more it heals. Runes and Runewords are also gone, and have been replace with a proper crafting system. Hardcore makes a return, but the requires you to have one character reach level 10 in normal before you can create any Hardcore characters. And last, but not least, Hell is no longer the hardest difficulty in the game. That duty has been taken over by the Inferno difficulty, which Blizzard promises will be absolutely brutal. There is plenty more info, with a lot more specifics, available at the official community sites game guide, which currently serves as Diablo 3s Mount Arreat. You can find a skill calculator there as well.

The Classes
Only 1 class returns from Diablo 2, the Barbarian. There will be 5 classes at launch, and they are: 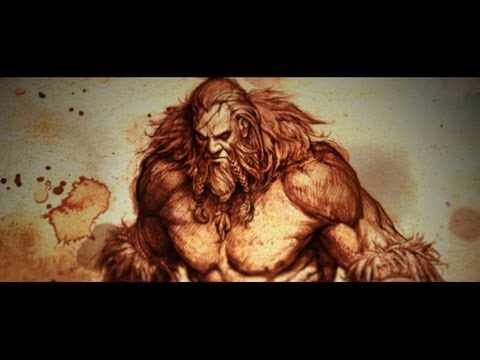 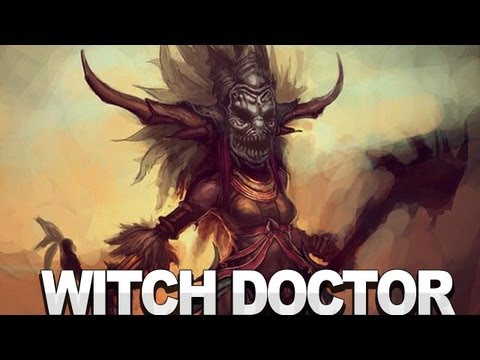 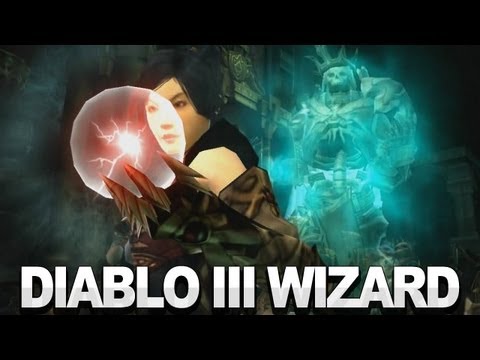 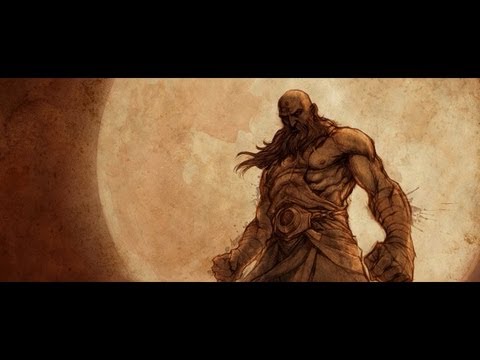 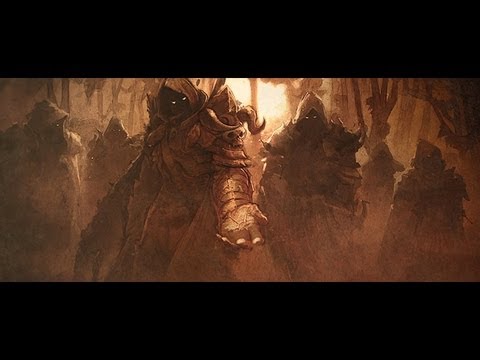 The potion belt has been replaced with a new action bar. Keys 1 - 4 (or whatever you decide to rebind them to, if you wish) are now assigned to skills, giving you a total of 6 active skills. Q is dedicated potion button. Town Portal scrolls are gone, and the spell is now available to every as an early quest reward that shows up on your bottom bar as well. The stat screen has also been much improved, providing a ton of information on almost every stat you could want. As mentioned before, skills are now broken down into active and passive skills, and are unlocked in a predetermined order as you level. The slots for these skills also unlock as you go, with active skill slots opening up at levels 1, 2, 4, 9, 14, and 19, and passives at 10, 20, and 30. This allows for a max of 6 active and 3 passive skills in play at a time, which you can swap and change around, with a cooldown, at any time. (Think something like Guild Wars.) Damage for all skills is now calculated based off your weapon damage. This includes spells for the casters.

Skill Runes start unlocking at level 6, and change the way your skills work. Some simply improve already existing aspects, such as increasing damage or how much it slows, while others have more drastic effects. For example, the following screens are both of the Ray of Frost skill: Skill ranges are all calculated in yards. Here is a handy distance map to better inform you of how far you or your attacks will travel. Crafting and the Artisans Crafting in game is done via the two Artisans, the Blacksmith and the Jewler. These guys are unlocked through quests early on, and follow you around for the rest of the game. Both Artisans can be leveled up to grant access to better recipes. (The level of the Artisan is retained across all characters.) This costs gold and, later on, pages of training. Leveling them up also improves their appearance in game, making their wagons and crafting areas more impressive. Crafts weapons and armor, as well as salvage any items (magic and higher) into the materials needed for you to craft anything. Can add sockets to items, add or remove gems from items, and combine 3 gems of the same level into one gem of the next higher level.


(As a side note, there were originally 3 Artisans. The Mystic, who was removed during development, would enchant your gear. Blizzard has implied that she will most likely come back down the road, probably in an expansion.) 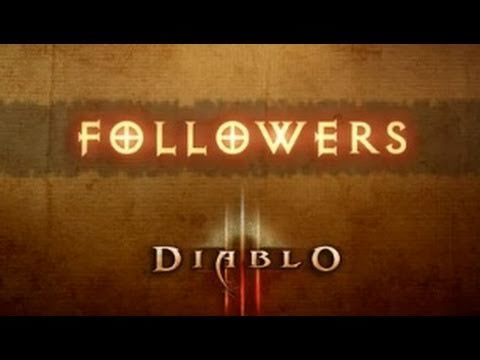 Followers are essentially the new mercs. There are some differences, however. This time around, they are specific, story driven characters that join your quest as the game progresses. Each one has their own story, background, and distinct personality. Gameplay wise, they each fill a different roll in combat, can be equipped with a main and off hand weapon, two rings, and an amulet, and will level up along side you. At levels 5, 10, 15, and 20, they unlock a new teir of skills. Each tier has two skills, and you choose one of them. You can respec them, free of charge. At level 25 they gain acceess to a class-specific gear slot. They also get 20% of the Magic or Gold Find from gear, which is applied to your total while they are active. You can only have 1 follower active at a time, and only while playing solo. If someone joins your game while you have a follower active, they will simply salute you and head back to town.

The three Followers are:

Ranged pysical damage dealer. Can use bows, two-handed crossbows, and the Scoundrel specific Tokens. Also has an excellently-groomed mustache.

Auction Houses
Diablo 3 has two different types of Auction houses available for players: the gold AH, and the Real Money AH. The gold AH is fairly straight forward, and functions largely the same as AHs found in other games, like WoW. It's available at launch to both Normal and Hardcore characters, but is exclusive between the two.

The RMAH allows you to buy and sell in game items with real world currency. The RMAH will be available approximately one week after launch. Here's quick breakdown of the specifics:

-Commodities are automatically searched for best price, and are buyout only.
-You must choose Battle.net balance or real currency when you post the auction, not when it sells.
-15% fee on cashing out
-Battle.net balance can be used for a bunch of battle.net stuff including digital games, and WoW paid services. It cannot be used to pay subscription fees.
-No RMAH in Asia at release
-RMAH comes out one week after the game.

For Equipment (weapons, armor, accessories, and other unique items)


I'll be adding more to this OP over the next few weeks, especially after release and we have all had some time to dig into it. So, if there is anything I missed, or just something you would like to see added, please let me know!

«1234567…97»
This discussion has been closed.
Penny Arcade Forums› Games and Technology
Powered by Vanilla