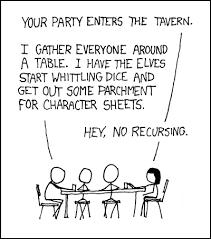 By now, you probably know there are imagined worlds that have nothing to do with either dungeons or dragons. You've probably even spent some time in them. Perhaps you've even put together some of your own material. Pull up a chair, and let's discuss specific RPGs and the hobby in general.

Rather than clutter the OP with 578934527894 links to various systems, I encourage anyone who wants to provide a comprehensive set of resources for any particular system to do so in the thread. I will then link those posts here.

If for some reason you'd like to discuss the inevitable train wreck that the next edition of the world's most popular fantasy roleplaying game will be, we have a thread for that here. I kid, I kid. It's going to be great. No, really.