[Marvel F2P MMO] Superheroes for all ages - come Marvel at them Are you familiar with Marvel Comics? If you're on this forum, there's a higher-than-average chance you are. They're rather popular, I hear.

Have you ever wanted to play in an online game as your favorite character from the comics? If so, this thread might just have what you need.

Gazillion Entertainment has been given the rights to the IP, and they already have one title available:

Super Hero Squad Online, a kid-friendly arcade-style MMO. This one is great for the younger fans of the characters, and it's not too bad for the parents playing alongside them. 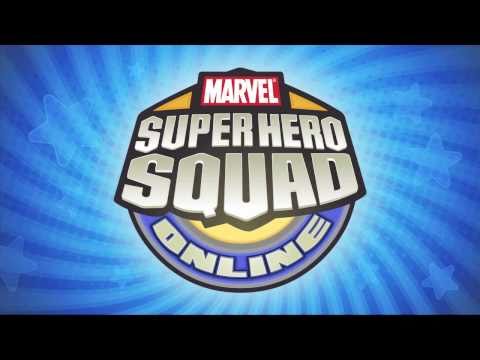 Missions consist of (usually) three stages, the first two being a left-to-right brawl through piles of generic enemies and the final stage being a boss battle against a Marvel villain like Doctor Octopus, Juggernaut, or Ultron. The game is semi-browser based, running in the Unity player.

Missions are played solo, with people from your friends list, or with a random group of up to four players. You can't lose a mission - if your hero gets knocked out he/she will always respawn and you can continue. But the better you play (more attack combos, KO more enemies, get KO'd less yourself) the higher your end of mission score, and the more rewards you earn for completing the mission.

Missions reward you with prize wheel tickets, silver coins, and XP. The higher your overall team score, the more of these three things you get.

Prize Tickets are used on the prize wheel in the middle of every public zone. Spinning the wheel earns you coins, cards, and items for your personal HQ (which is like a home in other games, but with no function other than appearance).

Coins are used to purchase characters, cards, and other items. There are two forms of currency in SHSO - gold and silver. Gold is more readily available to paid subscribers and is the primary currency for buying just about everything. Silver is what you'll earn more of as a "free" player and honestly it won't get you very much.

XP is, as you may expect, for leveling up your hero. Each character can go to a max level of 11, and you will pick up new powers along the way.

There is a huge list of characters already in-game with more on the way. While you and everyone around you may own the same characters, in a mission the first player to lock in a character plays that one and you simply pick another from your list. (I would suspect this is also how it will work in the Marvel Heroes game)

SHSO also features public zones where you can perform various activities to earn XP and coins, as well as a card battle system and mini-games. Though I haven't spent much time in the card battles, a number of players take it as seriously as Magic or Pokemon, working to collect every card and come up with the most effective decks...so apparently there's some depth there. 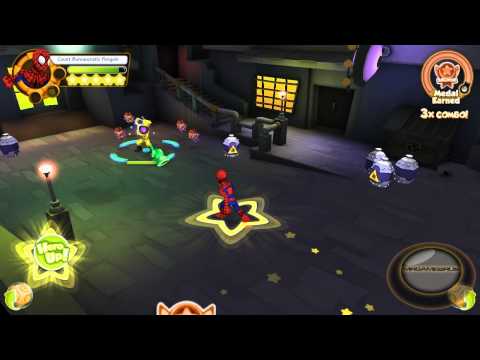 There is a very informative wiki I recommend reading that is run by some folks over at the Comic Book Resources forums. They have a very active community of players there and do a good job keeping up to date on the latest happenings.

For the adults, there's the upcoming title:

Marvel Heroes, a Diablo-style point 'n click affair with a storyline, random loot, and boss battles against the iconic villains of the comics. 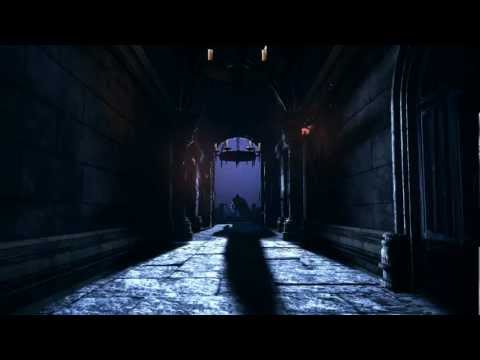 In-depth demo by Gazillion showing gameplay and talking a little about what to expect: 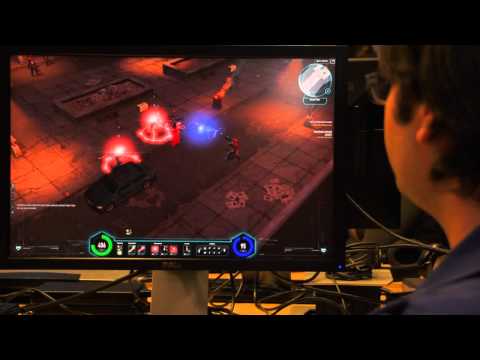 A recent hands-on preview from PC Gamer had this to say:

PC Gamer wrote:
The brief demo I played through with two other intrepid journalists (a condensed version of what the devs said would be hours and hours of content in the final game) pitted us against William Stryker and the Purifiers: a group ripped straight from the pages of the comics on a holy crusade to destroy all mutants. As a mutant, I took issue with this mission. And by take issue, I mean I took my claws to the copious, crimson-clad baddies. After a brief warm-up at Xavier’s School for Gifted Youngsters, the Professor himself gave a brief monologue, which transitioned into a motion comic explaining the story. Gazillion says there will be a bevy of these throughout the game.

The story (as you might recall, being written by Marvel all-star Brian Michael Bendis) seems interesting, but chances are you didn’t read this far to hear me talk about what Dr. Doom is doing with his doom cube to doom us all. You want to hear detailed, graphic descriptions of how I took apart Stryker’s cronies with my razor-sharp talons, am I right? The game plays very similar to Diablo and its ilk, with left click being bound to a basic weapon attack, and right click, along with the S, D, and F keys (by default) holding slottable skills, such as one that caused me to whirl in place, creating a “clawnado” that damaged all enemies in a ring around me. Other abilities included a swift, directional leap for getting into combat, and a self heal-over-time representing Wolvie’s regeneration capabilities.

The most interesting thing about these powers is that, in addition to cosmetic costume pieces and “enhancements” that add stats to said pieces, you get them from loot drops. I started out with a mid-level Excellent Slash as my default attack, but it’s possible to loot different powers, and more powerful versions of existing ones like “Super Zomygod Clawmageddon Pwnzurface Slash” (not an actual in-game power name). Some of these, such as punches and grabs, will be equippable by almost anyone. Others will be restricted to a small number of heroes (such as a lightning bolt for Thor and Storm), and some will be specific to one particular hero (such as Hulk Smash!).


Both games fit into the "Free to Play" category. While we still don't have all the details on Marvel Heroes, SHSO uses a combination free/subscription/money purchase model. You can have a free account and be extremely limited with the characters and options available to you. You can be a subscriber and have more access to characters and features. And, of course, ANY type of account can purchase the in-game currency in order to buy their way past nearly all limitations. How much you want to spend is up to you (and your kid begging you to buy more).
citizen059 on July 2012
0