[State of Decay] YOSE available now on XBone/PC. $10 off for returning SoD owners!

Question: Are you tired of zombie games? Y/N

Y: I don't wish to know you, go away. You are a person who is awful and smells dumb.

N: What up mang? You are the sunshine that makes the world go round. Also your sexual organs are above average in size, making you the envy of your peers.

From the official site:

The end is here. Life as you knew it has gone to hell after the mother of all zombie outbreaks. Now you and the few scattered survivors must band together to survive and rebuild in a 3rd-person action game set in a dynamic open world. You choose where to make your stand, designing and fortifying your home base, performing daring raids for food and ammunition, and rescuing other playable survivors with unique talents. The open, sandbox world develops in real-time, shaped by your actions, dynamically generating content based on your choices and the ever-increasing zombie threat.

State of Decay is an open world zombie-survival game, currently under development at Undead Labs for release on Xbox LIVE Arcade and PC. 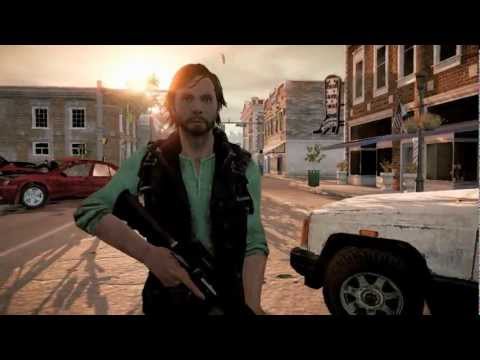 It looks kind of like that Fort Zombie game that I so desperately wanted to play, but never could. I didn't know that this game was a thing until I saw a trailer this weekend. Did a google search and didn't find any thread dedicated to it here, so I figured my lazy ass would do it. I didn't see anything on the site about release date info, but hopefully its sometime this year.

Also, apparently they had a demo/booth at PAX. Anybody that went and played it (it was a good showing, it looks like) come give us your impressions!


Guns. We need lots of guns. (Weapon List so far)