Registered User regular
October 2012 edited October 2012 in Singularity Engine++
What do you do when you are ordered to fire Nuclear missiles on a country with no declaration of War? Well I can tell you what the captain of the USS Colorado (SSBN-753) did, he didn't fire. Which while avoiding having a massacre on your hands you now have just become renegades of the most powerful military in the world and in possession of a Nuclear Submarine!


Last Resort is a military drama on ABC and premiered September 27, 2012. It follows the Captain and crew of the fictional USS Colorado as they fight to stay alive and search for the truth behind their orders. Soon after picking up a team of Navy seals the Colorado receives a transmission to fire their Nuclear missiles at a target. Doubting the transmission the captain seeks confirmation only to be relived of duty and the Lieutenant commander placed in command, who also asks for confirmation since the orders came from a cold war era communications network only to be used in the event of Washington being destroyed. With the Lieutenant commander also refusing the order to fire the crews fight for survival begins as a friendly vessel is ordered to destroy the Colorado. With no one to trust and no where to turn they seek refuge at a small island in the indian ocean, home to a NATO early warning station. Can they hold back the considerable forces and resources of the US, will they find the truth behind their orders, will the crew just mutiny and surrender? All good questions and the best way to find out is to watch. 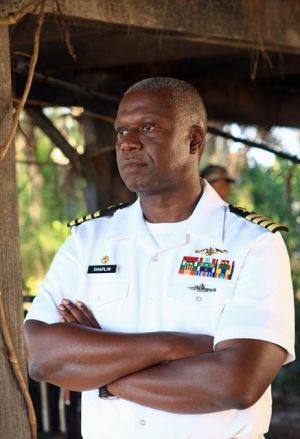 The patriotic but philosophical captain that refused the order to launch a nuclear attack, and avoided being destroyed by one of our own Navy Vessels. Is he just trying to bring the truth to light or is he just a man with nothing left to lose, willing to risk the lives of hundreds to prove a point?

The loyal Executive officer who after being ordered to take command also refused to launch a nuclear attack. Does he share his captains ideals and goals will he sacrifice everything for his loyalty to a man who may get them all killed?

Shepard being the daughter of a Rear Admiral, having to deal with rumors that strings were pulled to get her the position. Being inexperienced she has to prove she is capable and earn the respect of her fellow shipmates.

Tough as nails sea dog, believes his captain betrayed both country and honor refusing to follow orders. His only goal is to live to see the captain before a military tribunal for court martial and turning traitor.

One of the Seal team members that was picked up just before the Colorado received their orders to attack. His loyalty is tested as he decides to throw his lot in with the crew or stay true to his mission

So I was a bit skeptical about this show, but it is turning out to be pretty good, Red October meets Pelican Brief. Some good stuff is going down, and they are not afraid to just straight up murder dudes. So far there are going to be 13 episodes with 2 more scripts already ordered. Lets see if we can keep this going and everyone watch.
Sig to mucho Grande!
tech_hunter on October 2012
0