A Foray Into Webcomics

I am a hobbyist when it comes to art. I like to draw and paint and took quite a few art classes in high school, but ended up not focussing on it in college. I have done a lot of pen/pencil and paper drawing and have tried different styles, but I've never really been able to translate my drawing over to digital.

I have more recently purchased a Bamboo tablet and am working from that. What I would like to do is do a webcomic, I already have the idea and everything behind it decided (a story involving a group of friends and seeing a great dane and a chihuahua next to each other brought forth the whole concept). The name of the comic is Megadane and for purposes of ease of website, I am hosting the comic via blogger. The story is about Megadane, a CIA agent and his life as he goes about being an agent, a husband, and a dad and his sidekick and partner Micropup.

What I am looking for are critiques to make my comic and skills better and possible ideas about how to transfer what I can do on pencil and paper to digital via a tablet. Right now all I have up is the cover page I have created. I am not entirely a fan of the background of the image but I do not know what I can do to make it better. I also do not like how my characters seem to pop from the background. The software I'm using to draw the comic is GIMP as it is free and I don't have the cash for a more expensive software. 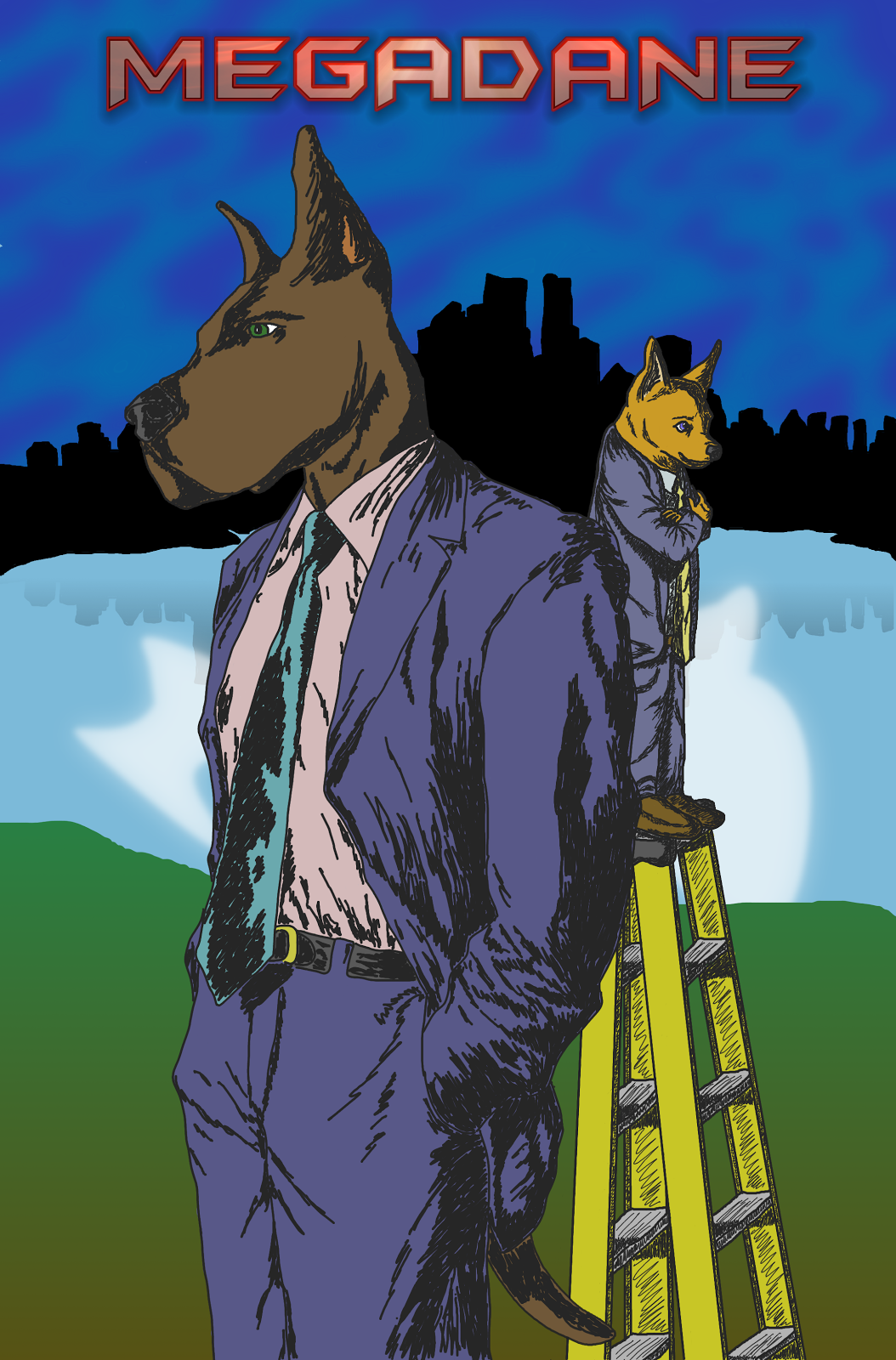