Burying a Hooker in the Desert (Webcomic WIP)

Registered User new member
May 2013 in Artist's Corner
Please let me know if I need to resize/relink any images!

First post in a while, this is a comic I have been planning out for the past few years that I just recently started to buckle down and get started on. 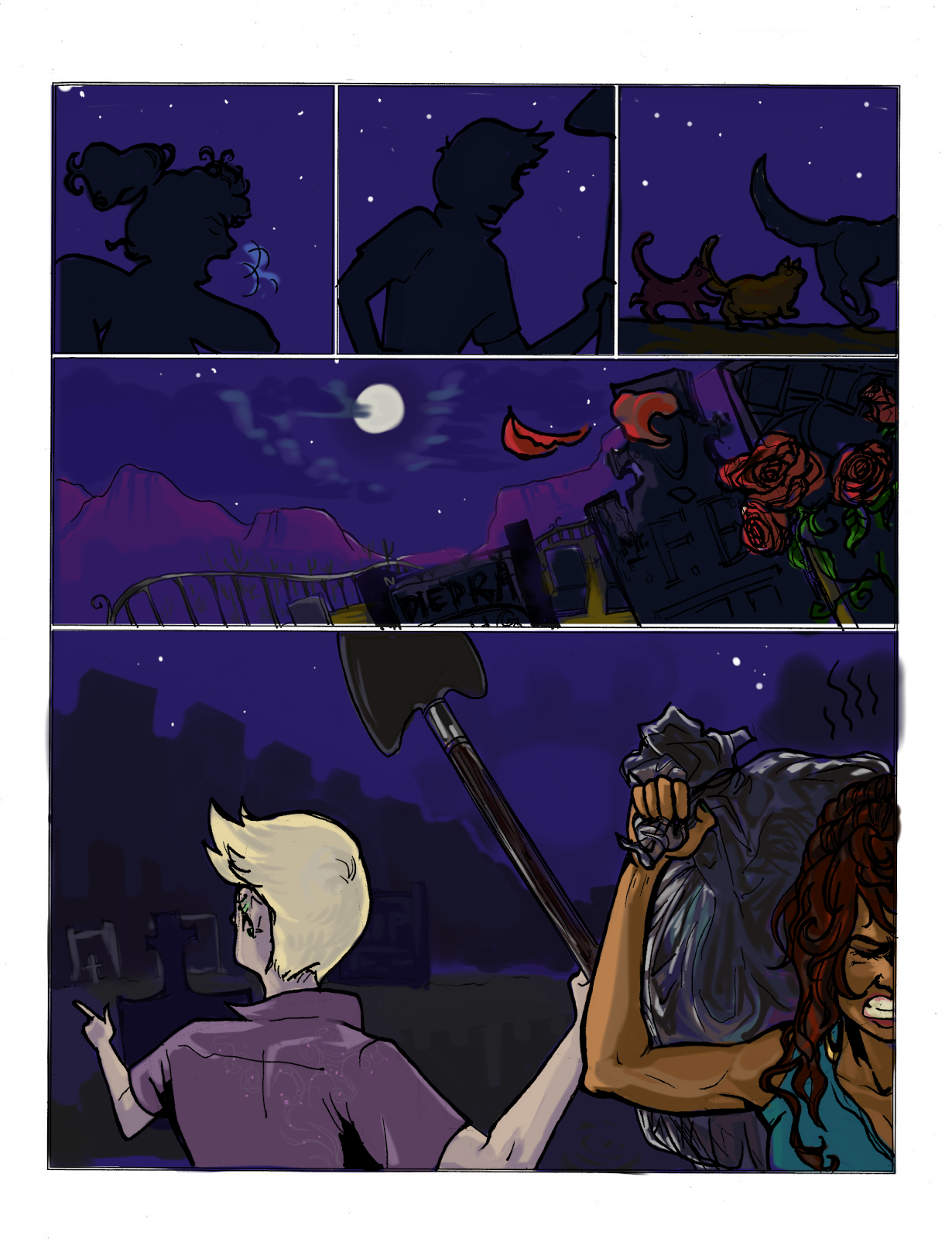 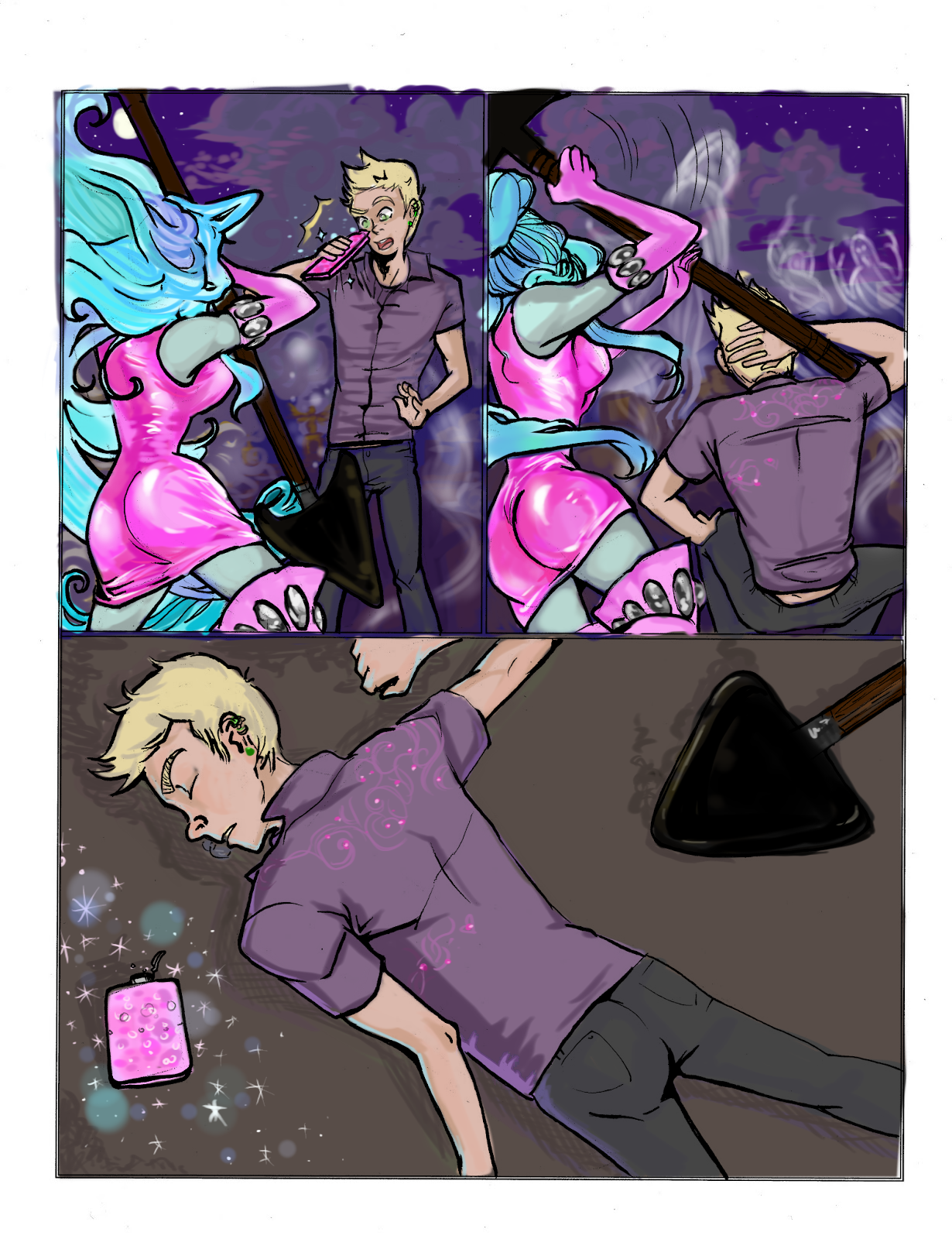 I dread critiques like the dentist--the critics here seriously drill deep-- but I need it. So I ask the great people of PA:AC for any advice you may have, on what little I have to offer so far!

Extra Info:
*There's no word bubbling yet; I already feel the need to add extra explanation panels before I make space for dialogue. The script is done in a separate file and I've got about 30 issues of 24-page comics outlined. The story already has an ending.

*** I am doing thumbnails in SketchBook Pro, then penciling/inking on paper. After that, images have been scanned and colored in SBPro again. I don't have a better program; I'm using a tablet PC with very low power... It overheats frequently even just running a 2-layer image. Any suggestions for a better setup are welcome.

Thanks for stopping by!
0