COMMS ARE DOWN. PMs are limited to a distance of three tiles. 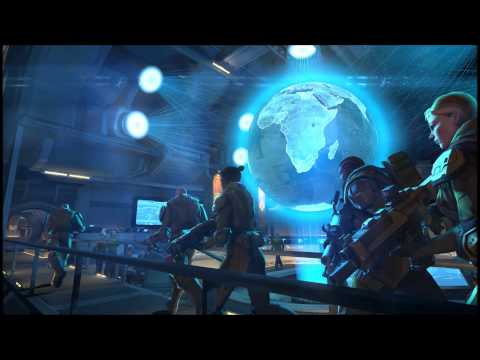 What is this?
This is a Phalla for at least 20 players. I will run it with as many people as sign up. The basic rules, as established by the community, are:

- You may not screenshot any conversation in an attempt to confirm anything.
- You may not add anyone to an already established PM chain.
- You may make one "ghost post" when you die, which may not contain any game information, and then you may not speak on game events any longer.
- If you create any proboards, you must invite the host(s).
- You must include the host(s) in any PMs you have with other players.
- Editing a vote post invalidates it; invalid votes must be replaced with valid votes.
- You must vote for a player each day until directed otherwise. Going two days without making at least one post and a vote post will result in your removal from the game.

Voting
Each day, every player must vote for a non-removed player in Bold Red. The player with the most red votes at the end of the day will be removed from the game. Votes close at 10:30 EST; vote posts with a later time stamp will not be considered.

Day 0
The game will start on Monday or Tuesday, depending on how quickly everyone gets their characters sent in. There will first be a Day 0 for deployment and planning.


Now, what's different about this Phalla?

This Phalla is based on the game, "XCOM: Enemy Unknown". If there are sequels to this Phalla, they may incorporate elements from the game's predecessors, "UFO Defense" and "Terror From The Deep". XCOM is a game of tactical, turn-based combat, and therefore this Phalla will include a tactical sub-game. Knowledge of the game may help you more easily grasp the tactical mechanics here, and will definitely help you guess certain attributes of the alien forces you'll be fighting.

OK, so how do I kill shit?
Each day, you may take 2 Actions. These Actions may be spent to accomplish the following tasks:

Fire: Target a player within your line of sight, no further away than 15 tiles. If the shot is successful, you will deal damage to them based on your weapon's Damage stat. Your turn ends.
Move: Move up to 5 tiles away.
Overwatch: Your turn ends. This turn, if a hostile unit passes within your firing range (line of sight, no further away than 15 tiles) this turn, you will fire at them. This shot will be subject to a -20 aim penalty, due to the nature of a moving target.
Hunker Down: Your turn ends. Your cover bonus is doubled, and any successful shot against you this turn will automatically deal its minimum damage.
Use Item: Varies. More on this later.

NOTICE: Fire, Overwatch, and Hunker Down will all end your turn, regardless of whether they are your first or second action. In most cases, Use Item will also end your turn, but that depends on the item you're using.

A map. You'll find out. Most importantly, you need to know that the map contains various features -- walls, tables, cars, that sort of thing -- which can be used as Cover. Cover exists in 2 varieties, Low Cover and High Cover.

Low Cover inflicts a -20 Aim penalty against anyone firing at you, unless they're flanking you, rendering your cover useless. The same goes for High Cover, except the penalty is -40.

In general, walls provide High Cover, while less substantial features will provide Low Cover. Clarifications will not be given regarding whether a particular feature constitutes High Cover or Low Cover, because I have a life outside of answering Phalla clarifications, and also because there's an element of risk/reward and intuition for the players this way. Use your best judgement, and then die horribly anyway because life is perilously unfair.

OK, you said something about submitting characters?

When creating your character, you'll be defining the following traits:

In-game name: This is your chance to name your soldier Big McLargehuge, or Rock Slabcleft, or whatever. A first and last name are required, but they can be anything.
Aim, Health, and Willpower: These are your 3 central stats. Each one may be set to High, Average, or Low. You'll need to choose one of each -- no two stats may be at the same level. This means if you have High Aim, you may not have High Health or Willpower. You get one High stat, one Average stat, and one Low stat. Choose wisely.

Let's go back to the items. What toys do I get?

Some of the items you might get, and how they work:

Grenade: Single-use. Targets a square within 4 tiles of you. Any units on that square, or adjacent squares, will take 3 damage. In addition, all walls (and, in fact, most cover) within the effected tiles or bordering them will be destroyed. Your turn ends.
Medkit: Single-use. Targets a player adjacent to you, healing them for 3 health. Your turn ends.
SCOPE: Passive, "Use Item" not necessary. Provides a +10 Aim bonus to its bearer.
Nano-Fiber Vest: Passive, "Use Item" not necessary. Provides a +2 Health bonus to its wearer.

There may be other items not listed here.

Wait, Phalla usually has a mafia or something. Can't we just vote out the players who are controlling the aliens?

The Google Form we'll be using to handle daily orders puts a timestamp on each response submitted. First, the vote will be counted and the player with the most red votes will be eliminated. Then, the orders will be processed in the order they were received.

Yup. Furthermore, only your first submission will be taken into consideration. If you want to coordinate with other players, you're going to be further down the list. If you go lone wolf and send your orders in early, you'll be early in the turn order, but you'll be locked into those actions even if you change your mind later.

That's not all. Let's say you submit an invalid order, like moving to end your turn in a tile already occupied by another player, or shooting at a player who has (by the time your turn begins) moved out of your line of sight. In such a case, your actions will be processed separately. Any actions which result in an invalid circumstance will be ignored.

Anything else I should know?

Dashing: When you use both actions to move (for a total of up to 10 tiles), you are considered to be Dashing. When Dashing, any Overwatch shots attempted against you will have an additional -10 Aim penalty.

Vaulting: You can vault over the counter and the tables as part of a Move action. In order to do so, you must begin your movement adjacent to the counter or table in question. This may be your first or second movement for the turn. Vaulting will consume two movement points, as though you had walked through the two tiles in question. Similarly, you may crash through a window as the start of your movement -- excluding the drive-thru window, which may be seen/fired through, but not moved through.

Doors: Doors will block LOS until the first time they are passed through. After that, they'll be considered open for the remainder of the game. However, if you are adjacent to a closed door, you may force it open as part of a Fire action, provided your target is already visible. This means that you'll need a spotter able to see the enemy. Your fellow XCOM soldiers are always considered "visible" for these purposes.

Default Actions: If you fail to send in your orders for the day, you will default to Hunkering Down at the beginning of the round. This can be useful, actually, if you don't check the thread until late in the day and feel you're in a precarious position. Not sending in your orders will ensure that you're Hunkered Down before anyone starts shooting, whereas actually sending in the order to Hunker Down would place you further down the turn order.

Balance Issues: I'm gonna be honest, I have no idea how well this will work, in terms of balance. I'm trying to adhere to the numbers from the actual game as much as possible, with various tweaks to account for the differences in medium. However, this is most definitely a rough draft sort of Phalla design. That doesn't mean it's closed to criticism, I welcome criticism after the game, that's the only way a sequel game could happen. However, if you're the sort of person who can't enjoy a little experimentation in your Phalla, this might not be the game for you. It has the potential to be short, bloody, and swingy as all hell. Won't know for sure until we try it.

Win Conditions: All village-aligned players have multiple win conditions, at various levels of priority. They are as follows.

Primary Goal: Eliminate the alien invaders and any other threats to the XCOM squad.
Secondary Goal: Survive.
Tertiary Goal: Attain the best kill record on this mission and/or perform the most badass or tactically risky maneuver.

It is possible to achieve your secondary and tertiary goals without achieving primary victory. This is possible through the Retreat mechanic.

oh my god what?

Good luck, rookie. You're taking point on this one.