Cars Incorporated is an independent tycoon game about automotive engineering. The heart of the game is the body-editor which allows you to change the shape of your cars' bodies. This does not only affect how your car looks but also influences what type of car you are building (e.g. sports car, sedan, wagon, van, pickup truck) and some of the properties of the resulting car (e.g. seats, allowed size of engine, trunk size).
The other parts of your cars are also not just a hunt for the next tech level. Engines for instance can be improved in terms of consumption or performance and can in fact become better than the respective basic design of the next tech level.

The sales performance of your cars depends largely on how good or bad your cars are when compared to the other offers in the market. If they are any good they can even win some awards at the end of each year or smoke the competition in the simulated races. Here is a short trailer for the game, consisting of game footage and the voice of an actual radio moderator who offered his voice over services on fiverr (I can't stand my own voice in recordings): 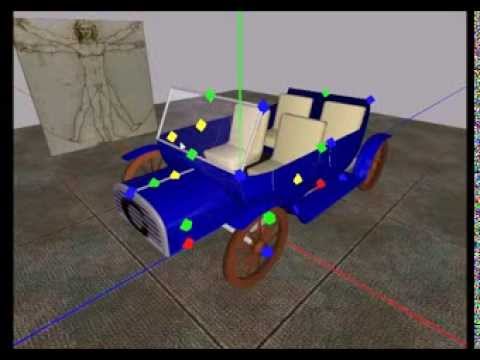 The game is fully playable but still considered an alpha as it still lacks many of the features I intend for the final game. The current demo spans the time from 1900-1905, registered players can currently play from 1900-1930. The next release will up that timeframe to 1895 to 1950.

Here are the important links:
Direct Download Free demo, can be unlocked to full game with a registration key
Homepage (Contains only major news, but those are as the rest of the page in german and english)
Facebook (Very frequent smaller news and development pictures)
Or you can follow my monologues on twitter

Any kind of feedback or questions is very welcome. I'll be checking back here frequently :-)

The last one is a current in-development screenshot featuring the revamped gen 1 body: