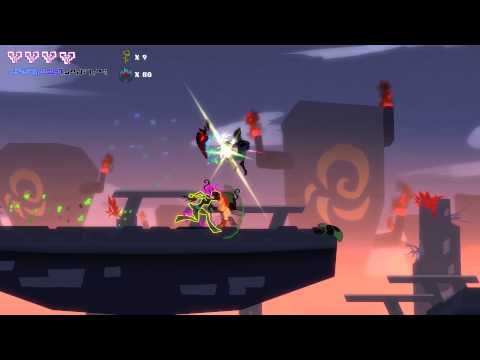 Ascendant is a 2.5D side-scrolling brawler that combines the depth and randomness of roguelikes, and the fast-paced action of beat 'em ups. The game is being developed for Windows, Mac, and Linux.

You, as the Ascendant, suddenly manifest in a world populated by raging fanatics, devout zealots, and wild beasts, furious at your arrival into their plane. You are a challenge to the rule of the older, tyrannical gods, and they will stop at nothing to eliminate you. The world has succumbed to their might and you must travel through the land gaining strength, enhancing your abilities, and gathering an army of followers to oppose their reign.

Gameplay
Ascendant is very much a brawler at heart. You will constantly be in the middle of combat as you progress through the game, bashing your way through the throngs of fervent zealots, rabid beasts, and indomitable bosses. Additionally, the game takes a lot of features from one of our favorite genres – roguelikes – and puts them to good use. Permadeath, character enhancement, random drops, dynamically assembled content; these things and more are featured in Ascendant.

The first TEN most awesome people ever to respond to this post will be included in our next beta build release! Be on the lookout for a PM from pants1067