Hi everyone, i’m François Desrosiers, designer at Virtys, and I am here to invite you to the open beta of our game. Hope you like it. 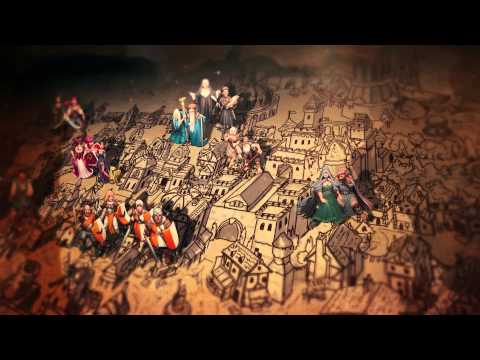 About the team and the project
The project started with two guys at the end of 2008, at a time when there were still unintelligent phones and tablets were pills to most people. We were looking for an MMO project that would be feasible for a small team, so we decided to merge management and asynchronous game concepts. We also decided to use a web platform to distribute the game, since at that time this market was almost unexploited. Time went against us, but we liked where the game was heading, so we strove to release it no matter what. And here we stand, five years later, finally asking people to play our game. The result is far beyond anything we had in mind at the time; we now have a core of five (ok...five is -not- impressive) creators, who are surrounded by many friends, players and artists who help us push the game forward.

Keep it simple, why should I test your game?
(You could also play just to prove me wrong and tell me about that on this forum.)

Stop talking! Show us some screenshots!
Yeah, we can do that, but you must understand one thing: to us words are the most powerful medium of all when it comes to creating and immersing yourself in a fantasy world so you feel you are part of it. The game relies heavily on texts, and on a universal skill-based mechanic, to give the player a sense of our world that you will not see in screenshots.

But hey, we also have cool stuff like a giant hand-drawn map, cute companions, epic armor and so on:

To go beyond crowdfunding
We knew from the start that looking for distributor for this kind of project was a hopeless quest. We also wanted to make sure our vision was not impaired by too many monetary constraints, that would push us into making a “standardized game”. So we set out to finance our project the hard way, with our own money.

When crowdfunding started to be popular, we had a game that was already playable. So we looked at the possibility of using crowdsourcing as a final lever to get the project out in the wild - but we decided not to. Why? Well, we had no way to convince you that we were going to deliver on our promises. So basically we thought at that time: “Hey, too bad about kickstarting, we’ll just get the first part of the game to them the hard way - and then, if they like it, we'll make it evolve with them.”

That was a hell of a good idea. We are not here to convince you with cool videos and blogs that we can do something with your money any more. No, we are here today building the game with you, while you play the first part of it.

Even better, you can give us feedback in real time, so you have an impact on how we make the rest of the game!

The name of the project has changed several times in the last five years. You can find traces of what we have done on the internet under the name “Fatecraft : The Therian Saga”.

Why asynchronous?
To break the prejudice that asynchronous game had to be simple games. That was really important to us. We wanted a game that people could spend less time on than live MMO, but that could offer more for each second online. Your characters work while you are offline, but you will be also thinking about what you are going to make them do next time you log in.
There are lots of games out there that are time-consuming for nothing. Building an asynchronous game that goes deeper into RPG gameplay: that was a battle worth fighting.

What about the typical day? Well, just as an example, suppose you can manage two very short playing sessions, one in the morning and one at midday. You might schedule tasks for your hero in the morning, then just check if everything is ok at lunch time and maybe indulge in some trading and social activities. In the evening, when you have a bit more time, you'll have lots of “live gameplay” options: quests, adventures, dungeon-raiding, fights with other players in the arena, maybe even a boss run. At the end of your play session, you might ask your hero to sleep, or carry on working during the night. If you miss one of your normal play sessions, your heroes usually have enough tasks left that they can continue to evolve anyway.

Now that gives you a lot of flexibility and, as you can see, the game goes beyond asynchronicity and offer lots of live gameplay possibilities.

What about the future of the game?
“We have a map and a character, what else does a true RPG fan need?”
There is more than a year's worth of gameplay in the current version of the game. Yet, to us, it's just the beginning of the game. We have a lot of cool concepts and features that will give even more life to our fantasy world. And we are not talking about copy-pasting regions of the map with harder to kill mobs. We want to explore new gameplay, give you control over some parts of the land, allow your heroes to be questgivers so you will be the one making the “newbs” quest for resources. You will discover new crafts, skills and magical powers that will eventually lead your character to the mystery hidden behind the word “Therian”. Your guild will eventually become a faction, and at that point you will not only control a guild hall, but a whole village, city or region! Not to mention that you'll have to conquer the seas, the underground and even the air. The world will get even more alive when global events, both competitive and cooperative, appear in the game, together with a weather system that will affect how these events will take place. We are also heading to add more PVP action, with the vision that this part of the game should not be mandatory, but regions of the game could be reserved for it. We have laid the foundations of a game that can be expanded forever, and that's something we are really proud of.

Ok, that was the part that looks like a crowdfunding sale speech, but hey, you have to know where we are heading.

Conclusion (And another video!) 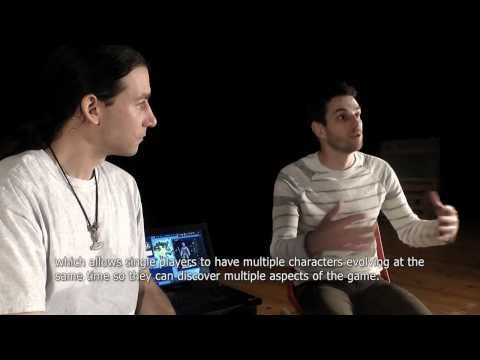 So that’s it. Don’t take my word for it! Come play the beta for a few days, then tell us what you really think of the game.