So there's this thing called the European Union, comprised of some 28 member states and 500 million citizens. It's not a country, but it also isn't not a country. It keeps growing, changing, deepening, widening and touches the lives of its citizens in all kind of ways. It's kind of horrifically and beautifully complicated at the same time, but is actually tiny in comparison to the governments of its member states. This thread is about it and political goings on in Europe generally.

The annual celebration peace and unity in Europe; Europe Day, is approaching on May 5th/9th (depending on who you ask). May day is May 1st.Victory in Europe Day is the 8th/9th (West/East).

The much more celebrated Eurovision Song Contest is on in Cophenhagen 6th, 8th and 10th of May. With the Champion's League and Heineken Cup Finals both on the 24th of May.

Also there are some elections or something? late in May (see further down in OP). So May is a big month. Perhaps more importantly than the European Parliament elections are the Ukranian elections on May 25th.

Some informative videos, not entirely up to date, are found below. 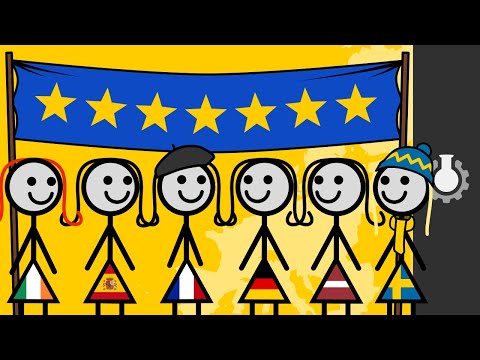 How the EU works 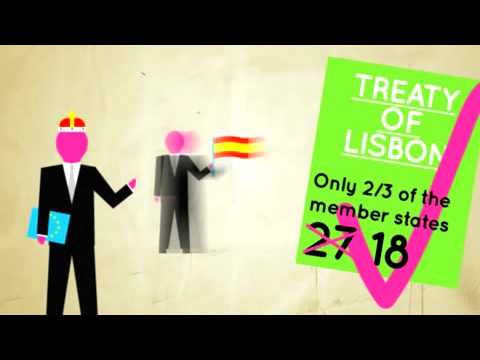 What has Europe ever done for us? 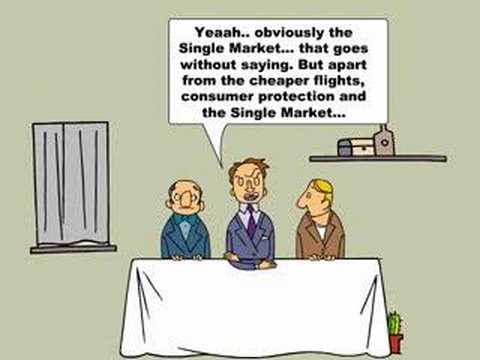 Choose Who's In Charge

The European Parliament Elections are approaching with the official theme of "This Time It's Different." The reason being is that for the first time the European Parties have nominated candidates for President of the European Commission (The EU Executive) with the intention of the winning party's candidate becoming Commission President. Up until now the Commission President was selected by the European Council (The Member State Governments, who are the ones who really call the shots). This is due to changes brought in by the Lisbon Treaty which say that the Council should consider the election result in their deliberations. On the one hand, the Council may not want to part with its power easily and could theoretically ignore the election, but on the other hand the Commission ultimately requires Parliament approval and the Parliament could reject a Commission without a winning Presidential candidate at its head. The Parliament has not been afraid of flexing its newly acquired muscles, but the Council continues to be of core importance, as demonstrated in the response to the "Eurozone Crisis." So we could be heading for quite the institutional clash, which will show whether the Union can answer the criticism of it's "democracy deficit."

Meanwhile, this is all happening when Far Right "Eurosceptic" parties are seeing a surge in their support due to the enduring economic malaise, with suggestions they may gain as much as 30% of the Parliament's Seats.

It seems an opportune time to start a thread! European Political Parties are mishmash alliances of Member State parties which aren't always entirely comfortable bedfellows. Traditionally the Parliament is dominated by a grand coalition of the EPP and S&D, with the former being the largest group. The election isn't likely to change this arrangement, although the possibility exists that the S&D may be able to grab the top spot, and the likely strong Eurosceptic showing will shake things up. Choosing a European Party & Commission President Candidate to support is a difficult proposition though, depending on your electoral system, because your European preference may clash with the MEP and/or national party preferences that you will actually be voting for. Turnout has been dropping in European Parliament elections for years, largely because they are non-executive secondary elections perceived similarly to local elections, also tending to have a large small party and protest vote (which is why a larger Eurosceptic vote may not be as significant as it may appear). If a Commission President Candidate becomes Commission President then arguably European Parliament elections could be upgraded to executive and that trend may be stopped or reversed, but the low turnout could also be used as a ground by the Council to dismiss that whole process out of hand in the first place. Also it is worth remembering that the Council is made up of people also in the European parties. The first of three televised debates between the Commission President Candidates, fielding questions from University Students and social media, was hosted by Euronews on April 28th. It is available to watch on the Euronews website, divided in three parts: economy, future and foreign policy.
The Candidates will also be touring each Member State.

Two more debates are yet to come in May.
wilting on May 2014