Administrator, ClubPA admin
July 2014 in Indie Games
Concursion is a multi-genre game played on the boundaries between games.
At it's heart a platformer, Concursion has you steer your hero through a dangerous interdimensional world, switch between different genres on the fly, and pull off feats of tight aerial acrobatics otherwise unattainable in one genre alone.
Basically, we take a handful of classic video game genres, smash them all together, and let you leap between them in real time, remapping your controls, shape-shifting enemies, and even morphing the soundtrack on the fly.
One moment, you're a Mario-like gent, and the next you're flying a spaceship, weaving through bullets.

One of our latest gameplay trailers shows off some of the genre swapping in action. 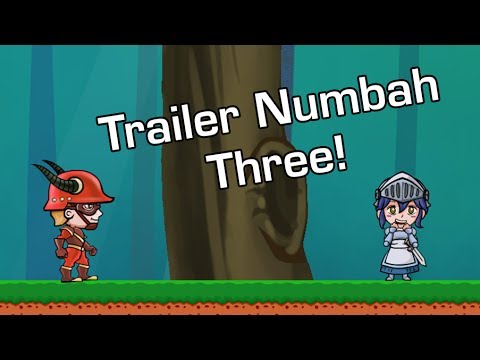 The Plot
Darklord Biganbad has struck, and kidnapped Princess Honeybluff again. Like, seriously again. For the millionth time or so.
You'd think someone might station a guard or something...

But, the moment she's kidnapped, all hell breaks loose. Shards of a green gem rain down all over the land. Wormholes open up, exposing additional forms of live, and physics, and creatures are pouring out. People are shapeshifting against their will.

And... what does this all have to do with one another..?
Gather the shards, stop Biganbad, and find out!

Key Features Include
Seriously. What a Trainwreck...
We're talking five completely original scores, beat-for-beat the same, reperformed five times. Ranging from Rock and Roll to Electronica to Chip Tune to Ambient.
Five art styles.
Seventy levels.
Bosses that include a Fighter, a full RPG trio, and a Mega Man inspired robot.
Bosses that exist across multiple genres at once, using your jetpack to boost high enough to slash your sword into the air. 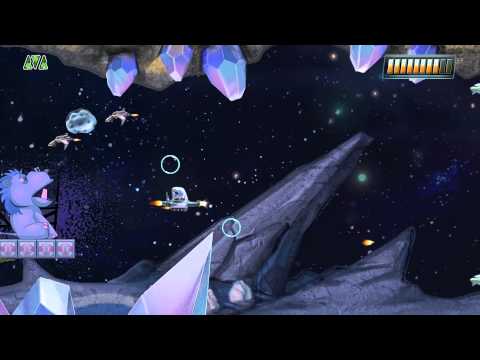 Concursion just came out on Steam, and, sorta... everywhere!