ArtistUSARegistered User regular
July 2014 edited July 2014 in Artist's Corner
Hey all, I am new to this forum, but a long-time PA fan. I love that so many talented people share their artwork here, and I want to be a part of that. I have, for the last year or so, been working on making my own board game as a side project, and I have accumulated well over a hundred illustrations big-and-small as part of that process. I am still only about halfway finished, and when I started I had ZERO experience working with digital illustration, so I have been doing this without too much in the way of feedback... but more importantly, it has been a very solitary sort of project, and I would love to have some people to share it with. As it stands, I have one friend with whom I share my works as I go along. I am hoping that perhaps I can make some new friends here to share with who can help to keep me motivated to finish this immense undertaking.

To that end, my plan is to post one picture every few days (I'm thinking Monday, Wednesday, Friday) in this thread. Feel free to comment, to give feedback, ask questions or anything else.
(Oh... and it is a fantasy dungeon-crawler board game... so... context and all) 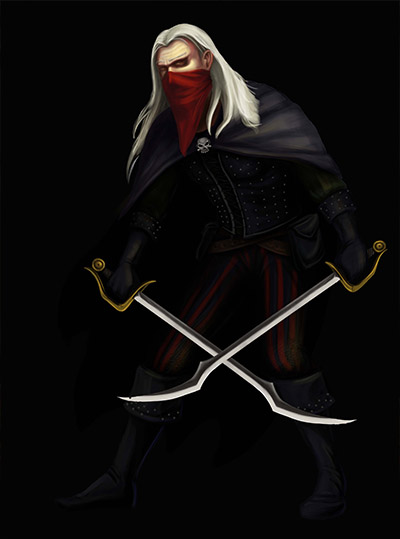