Registered User regular
September 2014 in PAX West
I love PAX. I've been to 11 of them so far, including Prime, East, and Aus, and something that's been really alarming is how little handheld lounge is left in Prime. The picture below I took on Sunday, and that's it. That's the WHOLE handheld lounge.

It's been eaten away year after year by the growing mass that is Nintendo's advertising. I really, really appreciated a place to take a load off and relax, and while I think it's great the AFK Lounge exists for those who are overwhelmed, we're losing the in-between of being able to sit down and decompress and still play games, especially given it's a 4-day event now. PAX Aus, which had like a 1/3rd of the attendance, had a larger space, and East's space is FANTASTIC. They should put the Nintendo booths back in the Expo hall where they belong, or at least give us attendees back one of the two floors. The handheld lounge is my favourite part of PAX, and I'm sad to see it going extinct.

PAX Aus, early morning so it wasn't filled up yet. Far fewer beanbags, but people still filled it up be midday. 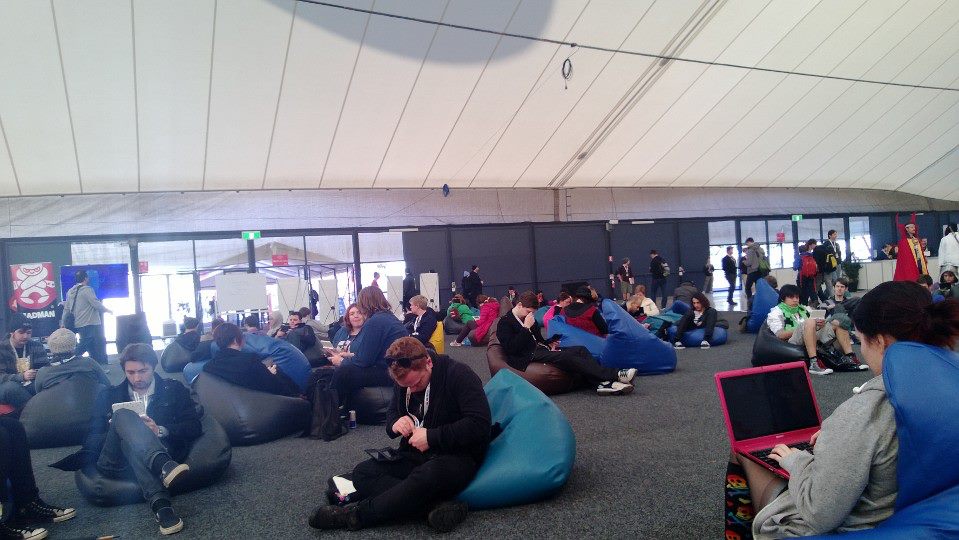 PAX East, the nirvana of Handheld lounges. I love how big it is at East, and it's always full, so there's definitely demand. 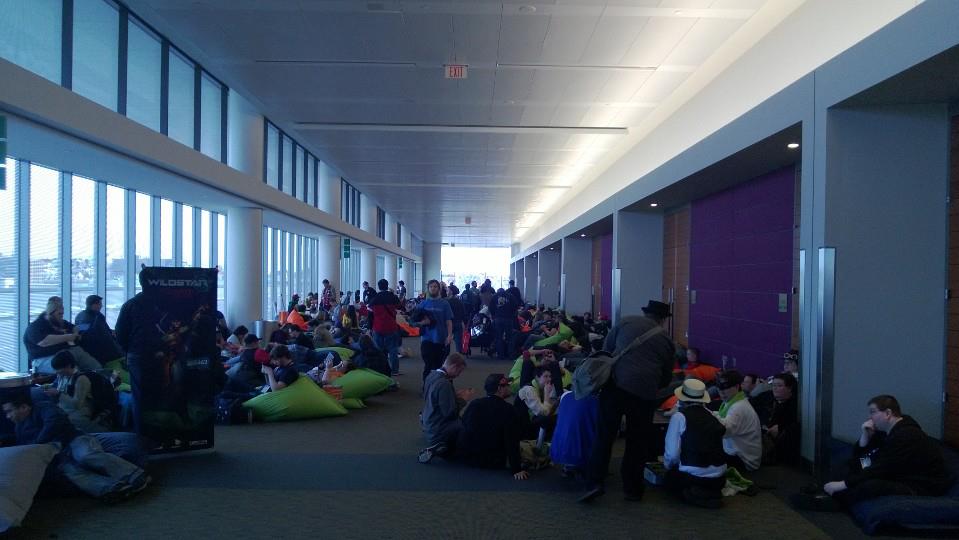 So who do I contact to let the PAX organizers know that I'm really unhappy about this?