Skyforge - New MMORPG by Allods Team and Westernization by Obsidian

MOUNTAIN VIEW, Calif.--(BUSINESS WIRE)--Your destiny is your own to forge. My.com, a subsidiary of Mail.Ru Group, has revealed a new AAA title: the premium massively multiplayer online role-playing game (MMORPG) Skyforge is currently being developed by the Allods Team, an in-house studio of Russian Internet giant Mail.Ru Group, with westernization from US gamemaker Obsidian Entertainment. Skyforge will launch as an immersive MMORPG gaming experience for PCs.

“This is our most ambitious project to date”

In Skyforge, players develop from immortals, to mighty champions, to powerful gods gaining and developing their mortal followers and powers along the way. Empowered by the faith and skill of their followers, gods battle invading armies in intense, merciless combat to protect their home world. Skyforge features unique action combat and a massive variety of classes and character customization options as players grow from immortal to invincible gods.

Skyforge is being developed by the award winning Russian game developer Allods Team, a part of the Mail.ru Group. Their last project, Allods Online, was the first major Russian MMORPG and launched in more than 15 countries. The core of Allods Team includes industry veterans who developed internationally acclaimed games including Evil Islands, Etherlords, Silent Storm and Heroes of Might and Magic V.

Set in a world where fantasy meets Sci-Fi and ancient mysteries live side by side with cutting-edge technologies, Skyforge transports players to a stunning universe where mortals and immortals fight for survival against invading gods and their armies. Players start as immortals newly reborn into the world and vie to become gods themselves.

“This is our most ambitious project to date,” said Oleg Shpilchevsky, The Allods Team’s Head of Development Studio. “With players competing and cooperating on one single giant server, Skyforge brings the massive back to MMORPGs.”

Visceral combat sequences and grand battles unfold across a world settings limited only by the developer's imagination. To ensure that Skyforge meets the expectations of players worldwide, The Allods Team has enlisted the help of the widely lauded development studio, Obsidian Entertainment.

“We have begun working closely with the Allods Team to ensure that the game is a success in western markets,” said Eric DeMilt, Development Director of Culturalization for Skyforge, Obsidian Entertainment. “We are building a team of accomplished developers to collaborate in class and instance content development as well as westernization. It is an exciting partnership with an excellent development team, and we can't wait for players to get into the game.”

My.com is a subsidiary of Mail.Ru Group, the largest Internet company in Russian-speaking countries with an audience of more than 100 million users (comScore, September 2013), that is publicly traded on the London Stock Exchange (LSE: MAIL), (listed since November 5, 2010).

My.com is building an integrated communication and entertainment platform, dubbed ‘Communitainment,’ beginning with a family of mobile services and games. My.com’s mobile communications apps - myMail and myChat - provide multiple email account management and messaging, and myGames is a growing collection of mobile and PC game experiences.

Founded in 2003, Obsidian Entertainment is an entertainment software development company based in Irvine, California, passionately dedicated to the creation of high quality role playing games for all personal computer and console platforms. Obsidian is best known for the products Knights of the Old Republic 2: The Sith Lords, Neverwinter Nights 2, Fallout: New Vegas, South Park: The Stick of Truth, and the record breaking crowdfunding through Kickstarter for Pillars of Eternity (http://eternity.obsidian.net). 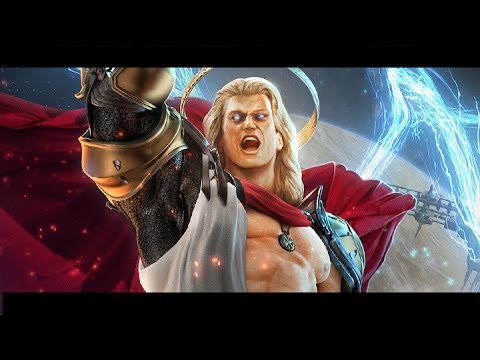