[Destiny] Ours is the Light that illuminates the Dark Below! Hard Mode Crota's End awaits!

Chili Dog EnthusiastRegistered User regular
January 2015 edited January 2015 in Games and Technology
We called it the Traveler, and its arrival changed us forever. Great cities were built on Mars and Venus; Mercury became a garden world. Human lifespan tripled. It was a time of miracles. We stared out at the galaxy and knew that it was our Destiny to walk in the light of other stars.

But the Traveler had an enemy. A Darkness - which had hunted it for eons, across the black gulfs of space, centuries after our Golden Age began. This Darkness... found us. And that was the end of everything.

That is, until Peter Dinklage found you, Guardian!

Destiny: Penny Arcade G&T Saves the Universe and Everything in It is an online multiplayer action role-playing sci-fi-fantasy *deep breath* first-person shooter for PlayStation 4, PlayStation 3, Xbox One, and Xbox 360 and the first title in a proposed 10-year, zillion-dollar franchise from Bungie and Activision. It’s MMO-like – think gear, skill trees, leveling up, and party play – with an emphasis on exploration and discovery.

The game is set in our own solar system, 700 years in the future, following a prosperous period of exploration and colonization ushered in by the arrival of the “Traveler,” a mysterious celestial body (pictured above). The Golden Age came to an abrupt end as a result of a momentous event called “the Collapse,” a calamity that wiped out human colonies everywhere, and as our story begins, humanity has retreated to the Last City on Earth, our shared home and the launching point for our journey back to the stars.

The Traveler watches over the Last City, and it is recruiting heroes from Earth to help protect our doomed planet, but the Darkness that hunts it is descending upon us. We must fight back against that Darkness, Guardians. We must suit up and set out - to the Moon and the planets beyond. We are humanity’s last hope.

Expansion I: The Dark Below 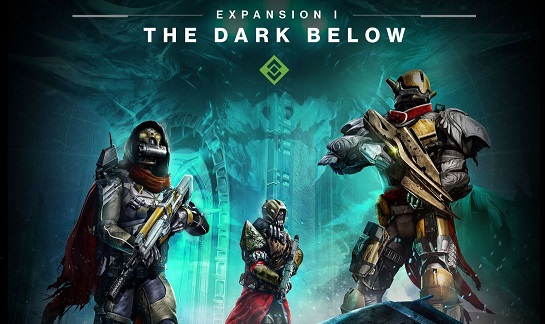 Guardians: over the past several months, we have taken the first steps in our quest to defend the Last City and reclaim the skies. We've wrestled the wasteland of Old Russia from our foes. We've taken back the surface of the Moon and slain an unchained beast in the darkness of our planet's cratered, barren neighbor. We've taken up arms against warmongering behemoths and beaten them back. We've fought timeless machines, weaving in and out of time and emerging from the toughest challenge we've faced with our arms full of loot and our hearts full of pride. But this was only the beginning.

At home, we've stabilized the war effort. We move freely through the Tower, spending our accrued wealth and devising strategies for future encounters. We revisit the scenes of our former glories. We spar with our fellow guardians and raise our flag as a clan, night after night. We rose above the competition in the Iron Banner. We proved our might to the Queen. Today, we take the next step forward. Today, we continue our journey.

In the darkest depths of the Moon, the Hive stir, summoning a threat greater than any we have seen. Crota, the Hive god and son of Oryx, is gathering his strength to emerge from the shadows and invade our homeworld. We must descend into the Hellmouth and destroy this creature. We must put a stop to the Hive's ambitions and put our own into action. Together, we must brave the Dark Below.

Join Pax Arcadia! Our clan is on both systems!

We've assembled a Bungie.net group - and within that group, a PlayStation clan and an Xbox clan - so that PA G&Ters can play together. We're Pax Arcadia, and we're currently making our way through endgame content and crushing the Crucible in six-man fireteams on a nightly basis!

Edit (1/11/15): Unfortunately, both Pax Arcadia (the original clan) and Pax Arcadia II (the overflow clan) are full up to their 100-player caps for now on the PlayStation side; Pax Arcadia is full up to the cap on the Xbox side as well. If you're interested in joining us on either system, send a PM to @GMaster7 and @ObiFett and let us know. We'll add you to a waiting list and let you know when a spot opens up - we have periodic openings more often than you'd think. I'd still encourage everyone to join the regular Pax Arcadia group - or both groups - if possible, so that when Bungie eventually raises or removes the level cap, we can consolidate into one super-group. Plus, joining the group (which is the no-limit entity that houses the 100-limit clan) allows you to access the group's message board feature, for assembling fireteams and such.

To join:
1. Send @GMaster7 (on the PS side) or @ObiFett (on the Xbox side) - or preferably, both - a PM, letting us know that you're applying.
2. Hit up the Bungie.net group for Pax Arcadia (right here, at this link) and apply for membership. If necessary, you can then hit up the group for Pax Arcadia II (right here) and apply for membership.
3. Add yourself to the Pax Arcadia Mega-Roster that we've created to keep track of membership. Use the tabs at the bottom to select your console, and put yourself at the bottom of your tab's list. We'll bump you up to your proper alphabetical placement once you're in the group.
4. When we get your PM and see that you're on the spreadsheet, we'll accept you to the group(s). Then, you have to separately join your system's clan, if there's space - so click "Set as PlayStation Clan" in your group's banner if you're on PS3/PS4 or "Set as Xbox Clan" in Pax Arcadia's banner if you're on 360/XB1 to officially request admission to the clan. (Note: This only works after you've played the game on your system for the first time.) We'll accept you asap.
5. Friend some PAers, hop online, and take to the skies in the name of Pax Arcadia!

If you're playing Control with PA, you're going to want to hunker down and prioritize holding the following points on the following maps:

Shores of Time: B and C
Blind Watch: B and C
Rusted Lands: A and B
Firebase Delphi: A and B
Twilight Gap: A and B

Capture and defend these points and avoid the third point on each map. Don't try to be a hero and go for that third point, even if you're up by a large margin - this will only flip the spawns and put your enemy in a more advantageous position. Of course, if you're really crushing another team, you can go for the vaunted three-cap, just to stick it to them. Alternatively, if your team is running into a meat grinder at the two better points and the third point is sitting there untouched for a prolonged period of time, you might consider taking it just to keep yourselves in the game. But Blind Watch A and Firebase Delphi C are basically off-limits, because they're that toxic.

Have questions about leveling, resources, game modes, etc.? Here's a "Getting Started" guide that should provide some answers: http://www.digitaltrends.com/gaming/destiny-getting-started-guide/

Unsure how to progress once you hit level 20? Check out this guide: http://www.digitaltrends.com/gaming/destiny-getting-started-guide/
(And by the way, when you start dismantling weapons and armor that you don't need, keep in mind that weapons give more Ascendant Energy when dismantled if they're leveled up - just leveled up experience-wise, not with any mats or glimmer invested - while armor gives two or three Ascendant Shards when dismantled no matter what.)

Check your reputation, marks, and progress toward the weekly cap here: http://www.destinyrep.com

Track your stats - everything you might ever want to know - here: http://www.destinytracker.com

If you can't seem to find a group in the thread, you can try: http://www.destinylfg.net

Pimp yourself out with these codes for emblems, shaders, and grimoire cards:
Redeem here: http://www.bungie.net/en/User/coderedemption

And finally, as always:: 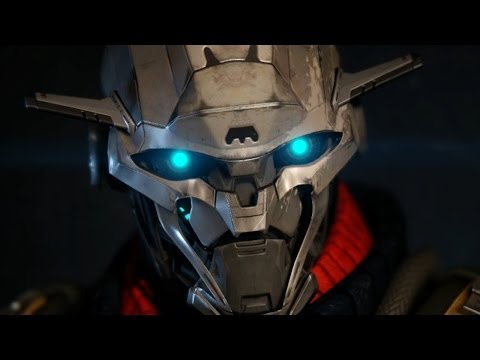