Round One: Lex Luthor VS. The Joker: Voting is Open! 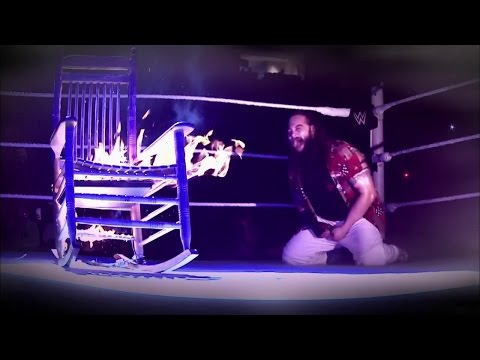 The Undertaker's undefeated streak at WrestleMania was incredible, unmatched, and seemingly invincible...until it wasn't. After Brock Lesnar pinned him in front of a couple hundred thousand stunned spectators, the Undertaker walked off...and seemingly disappeared from wrestling for good.

In his place, came Bray Wyatt, a self-styled eater of worlds, a backwoods cult leader determined to become "the new face of fear." He taunted the Undertaker, claiming that he would claim his soul, and a whole bunch of other nonsense. The Undertaker hit his rocking chair with lightning and promised Bray Wyatt that he would, basically, kill him at WrestleMania.

Wrestling is weird, I don't know if you guys knew this.

The Joker and Lex Luthor are two of the most iconic villains in the history of comics. How they fight in the world of professional wrestling is entirely up to you. In this battle, versions of these characters from an alternate universe where comic superheroes are professional wrestlers meet for one final battle. The story doesn't have to match what happened between the Undertaker and Bray Wyatt (and it probably shouldn't, it didn't make a lot of sense). The story doesn't have to line up with any pro wrestling storyline that's ever been written.