Administrator, ClubPA admin
May 2015 in Indie Games
Hi everyone,
I'm Sumero, Italian dev, and I would like to introduce Volvox, now on Greelight.

Volvox is a puzzle based on a triangular grid: the characters, called Trimoebas, are unicellular organisms that are trying to build the first pluricellular beings. On their three sides the Trimoebas bear functional properties, such glue, explosive, or hooks, but they are useful only if the Trimoebas are correctly rotated: you will have to move on the right path and make the Trimoebas overstep each other to complete the mission. Volvox is featured by emergent gameplay, and it has 250 levels based only on 7 properties. I prepared an online WebGL demo, if you want to try, with 15 levels (it will take a bit to load). I hope you like it! 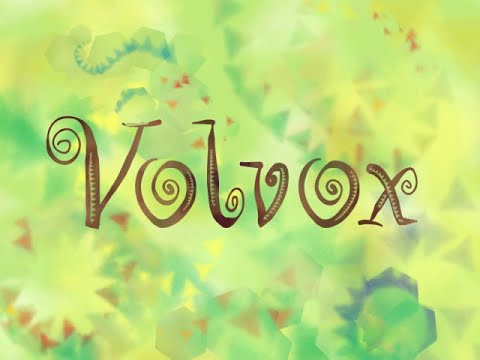 Details
The game has a strong message of love for the life; I start with a really small being such a single cell to exalt the beauty of something of simple like a worm. The basic mechanic of the game is the rolling without slipping, a geometric relationship between the phase and the path traveled by an object. Modifying the path you can influence the phase of a trimoeba. and It is important to make the Trimoebas properties work correctly. The most important property is the Key, the green side: you have to align it with special object called doors. To reach this goal contrasting the physics of the game you have to use other properties: There is also another secret property for the final levels. Each property has more than one usage, for example glue can be also used to build a tower of Trimoebas preventing them to slipping down. The game is a kind of flexibility trainig, intended to test the ability of the player to see different usages for the assets on tap. 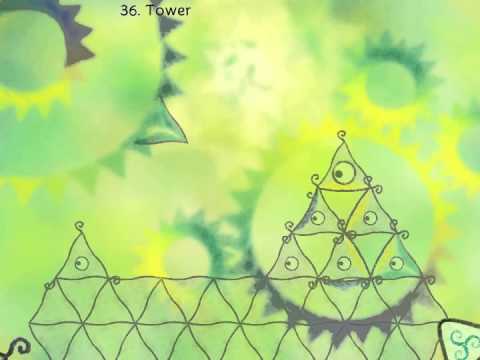 The music is made using the hang, an instrument invented only in 2000, not yet associated to anything of particular, perfect to describe a time before the time, the time of creation. The background also are based on triangles, semi-procedurally drawn, and inspired to ferns or insect legs seen under the microscope. Relationships between background structures can be found, evoking ecosystemic feelings. 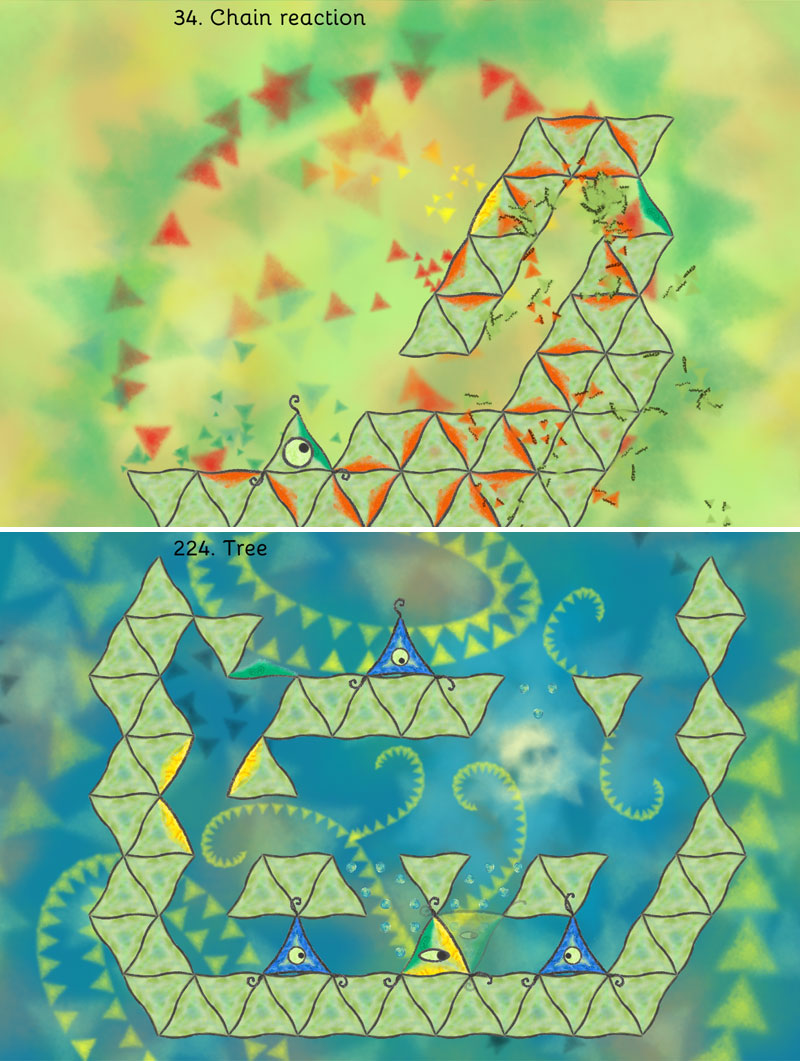 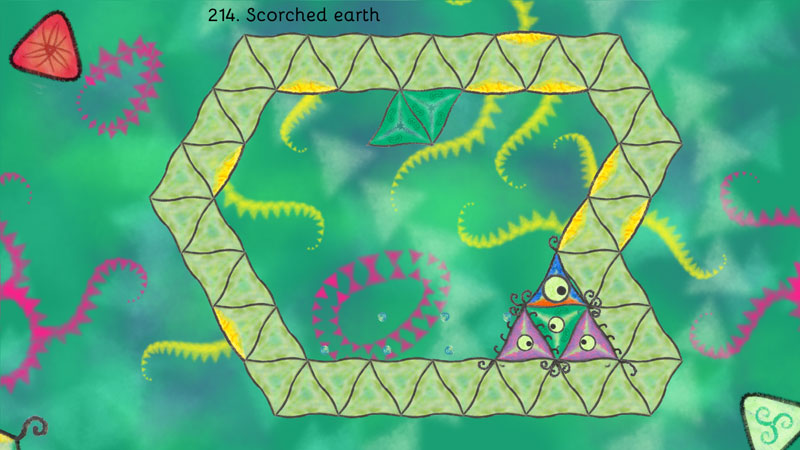 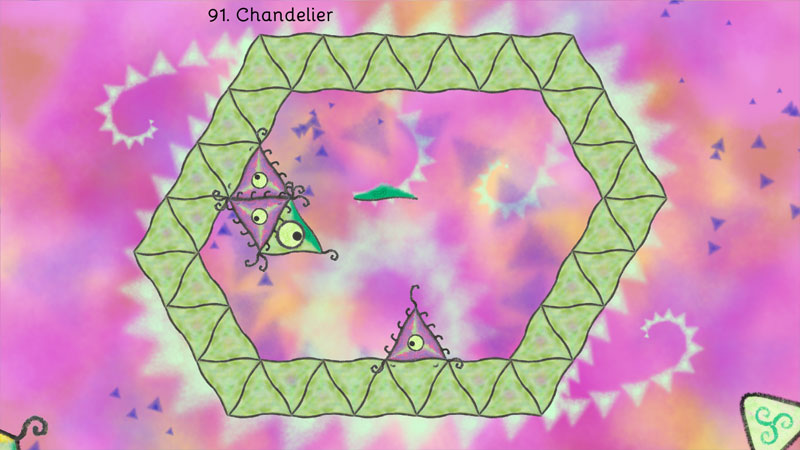 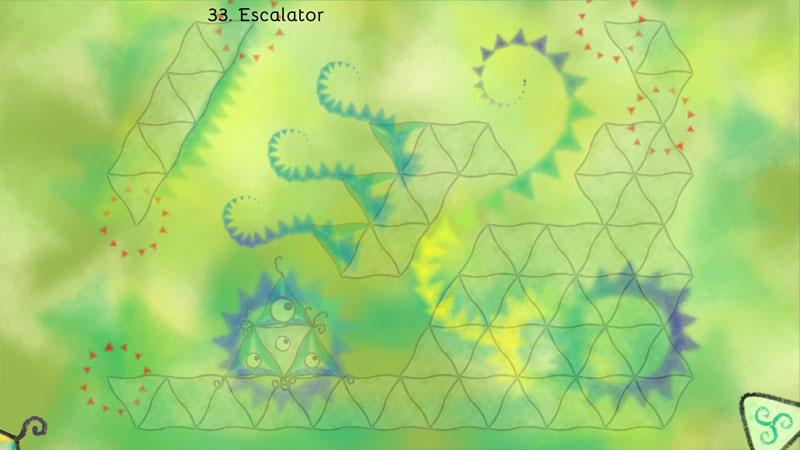 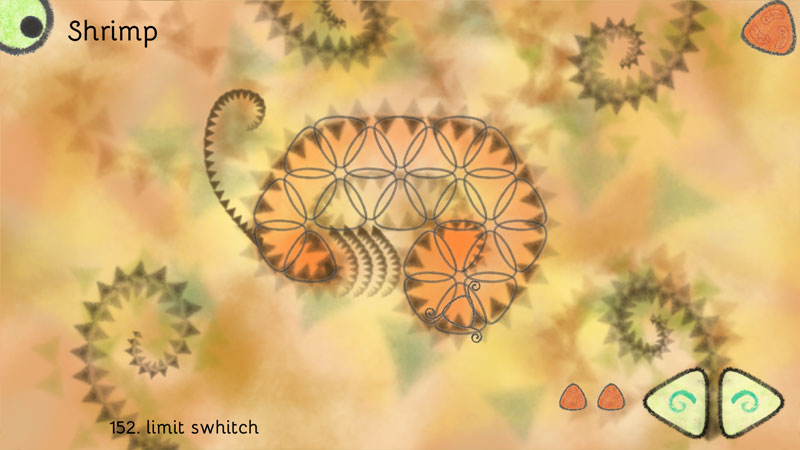 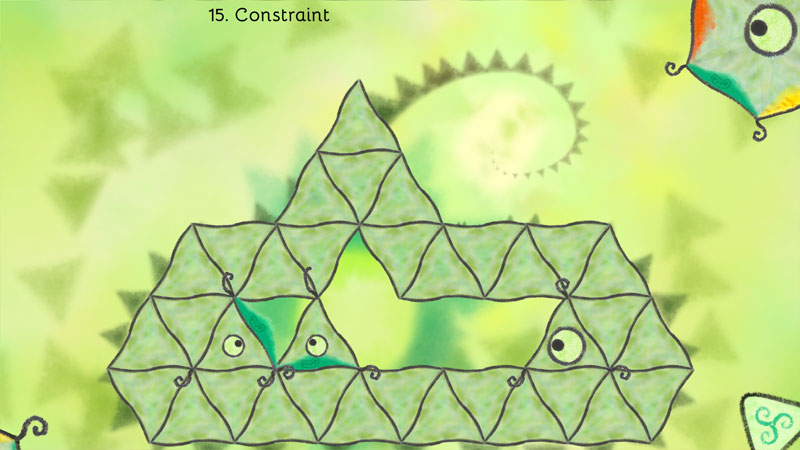 Probably Volvox will be released by the end of june for desktop, and in autumn for mobile. If you like it, please help me upvoting and sharing the campaign, the demo, or the Facebook page.
Many thanks!