I enjoyed both the original and newer Evolution series. I've seen pretty much every episode.

Comments : I actually grew up on this cartoon and was really obsessed with it. I tried not to miss a single episode. 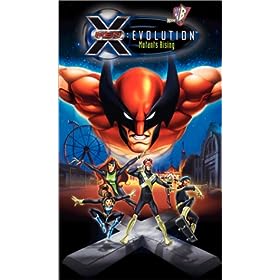 Comments : I really enjoyed this series. It brought back some old memories I felt when I watched it as a kid. I can't wait for the new series to come out.

Wolverine and the X-men

There is no video link yet , cause it's hasn't came out.