Conhost.exe takes up way too many cycles, slows down pc

I fired up resource monitor and found a program called conhost.exe

Now, for a while Avast was the beast, but that went away and now conhost is the beast.

I've found google pages calling it a virus, but a full virus scan with the computer unplugged did reveal 19 threats but not that (really need to scan more often). Furthermore, the results from google mentioned it running in blah/blah/blah/temp while this one is running in C:\Windows\System32. Not to mention that I'm only seeing one instance while the google results mentioned multiple.

Here's a picture of what I'm talking about, Avast is running large because I'm scanning that specific folder right now. 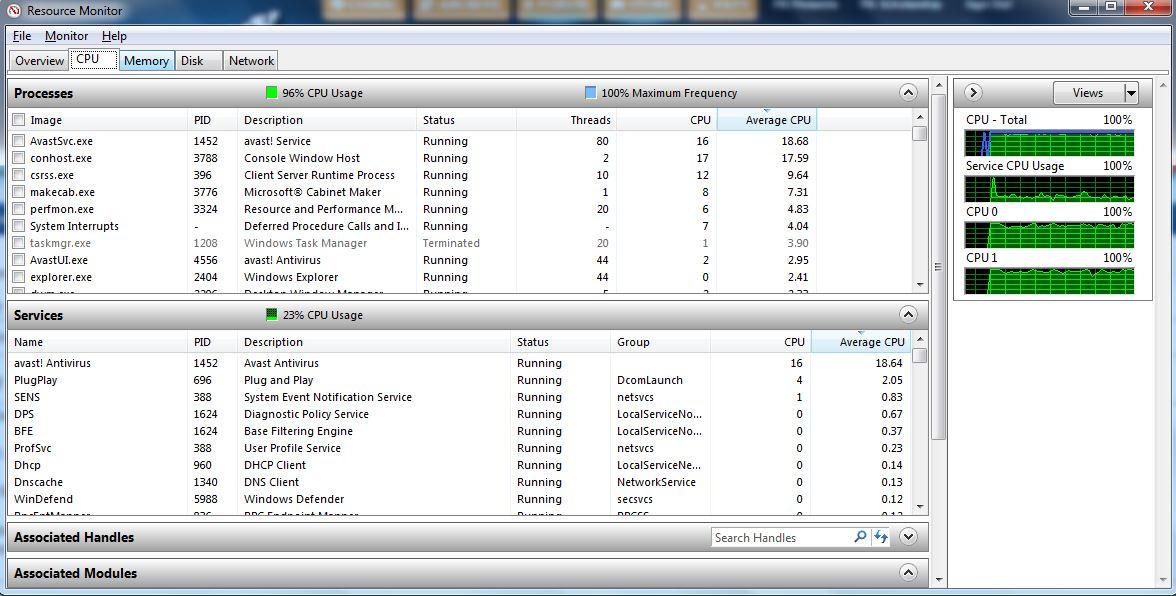 After many hours of virus scanning, it worked fine for a bit. But I turn on big blue later and now Conhost.exe is doing the same thing
and now it appears it just terminated so this might be a problem that has started happening as the desktop powers up and then goes away as things "settle."