[Subterfuge] Damn the torpedoes, and damn you all to hell. 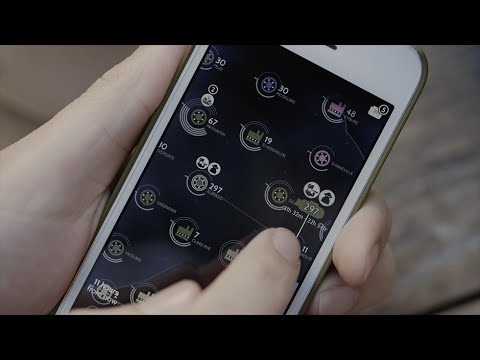 Subterfuge is a competitive strategy game played out over the course of a week or so, in real time. Actions are not instantaneous, encouraging both diplomacy amongst players and vigilance in inspecting your situation regularly throughout the day. Heavily inspired by Neptune's Pride, the game launches for Android and iOS on October 15th. Basic access will be free. The Open Beta is available here on your mobile device.


Basics
From the rulebook:

The winner is the first player to accumulated 200 kilos of Neptunium, a rare, silvery metal required to complete construction of The Apparatus.

Mines will produce Neptunium for you over time. You can drill mines at outposts you own, or try to take them by force using your drillers, your specialists, and your wits. Devise the right strategies, use the right tactics, and always stay one step ahead of everyone else!

The game also ends if only one player remains.

Each player starts out owning 5 outposts.

Outposts are the foundation of your strength, and come in three types:

-Factories manufacture drillers. Drillers are machines that can be used for both mining and waging war. The number of drillers you have is a good approximation of your military strength at any given moment.
-Generators power your drillers and factories. The more generators you have, the more drillers your factories can produce.
-Mines produce Neptunium. At the beginning of the game there are no mines, so to produce Neptunium you must either drill your own mines or conquer them from other players.

Of your 5 initial outposts, 4 will have drillers (40 each) and one will have your Queen. Your Queen is another source of great strength. She can periodically hire specialists, which are powerful units that influence how the game plays out.


There are three ways you can get eliminated from the game:

You are left without a Queen (e.g. if she is captured in combat by another player)
You resign
You are auto-resigned after 48 hours of inactivity

If you are eliminated, the following things happen:

Further tutorials can be found here.


Single Player
When beginning the game, you will have access to a number of single player missions that teach the basics of the game, on a difficulty scale from Beginner to Advanced. You must complete a percentage of the single player to access to online component of the game.

Cost and Clearance
Subterfuge is free. Upon completion of the first batch of tutorial missions, you are granted Level 1 Clearance. For 9.99, you may upgrade your clearance rate to Level 2.
Level 2 Clearance grants the following:


I would highly suggest that any games on the forums involve people of equal Clearance Levels as much as possible. While being able to schedule multiple orders ahead of time is mostly a convenience factor in a game like this, if there is an imbalance of players with L2 Clearance, it could likely ruin the fun for the minority.


Usernames, Signups and active games:
The second post will be updated with a list of signups for active games once Subterfuge launches, and will also store usernames. Players are encouraged to share their experiences in the thread! I would recommend that you spoil your posts so that those uninvolved in your game can read your machinations! I'll try to keep links to posts about active games underneath the roster for that particular game. It might be messy as I figure things out.