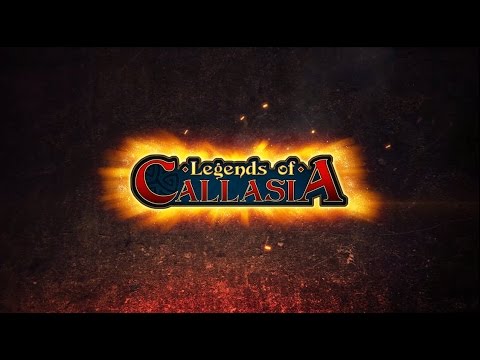 Overview:
Legends of Callasia is a turn-based strategy game set in a fantasy world with board game-style maps and an innovative simultaneous multiplayer system that allows for thrilling games with up to 6 players that are playable in just a couple hours. It is inspired by games such as Civlization, Heroes of Might & Magic, and Risk.

About the Game:
Legends of Callasia is a simultaneous turn-based single and multiplayer fantasy world conquest strategy game with no hotseat waiting. Choose from a wide range of heroes from three factions - The Hundred Kingdoms, The Faeborne, and The Revenant - and conquer lands through single player campaigns, or battle against friends through online multiplayer in board game-style maps. Use bonus cards against your enemies or boost your armies and rule the world!

What Makes It Different:
Features
Why is it Free-to-Play (F2P)?
Actually it is not F2P, but Try-and-Buy. We thought it was important to let the customers try the game before they spent any money on it. Early Access price is $15.99 USD, which is a one time payment for an account to play the complete full game. Unlike other premium games, we are giving you a free demo before that payment. We didn't make a separate demo because if you buy the game on ONE platform, it's unlocked on all. That's simple enough to do through Steam, but we are planning to release the game on other platforms (mobile tablets). Making the Steam version paid only (as other games normally do) would be bad for Android / iOS users who pay for the game on that platform first, and have to purchase it again on PC.

Free Codes:
We do believe the game videos well, so we're giving Youtube and Twitch users our permission to stream the game and its music and giving away free copies for the streams or giveaways to the viewers. We can even host you on our channel if you tell us before you go live. Email us at legends[at]boomzap.com.