There is a PA Fighting Games Discord server right here if you want to find other people to hang with.

Imagine you want to prove who is the best, but the last time you got into a fist fight you hurt your precious knuckles. Should that stop you? This is the 21st Century, for God's sake. Of course it shouldn't stop you.

Fighting games are a reflection of society. Of our core values. They're about a single person making it on his or her own. It's about our right to call someone out with a "1v1 me, scrub" and expect a result. This is what sets us above the animals.

That, and soup. You can't beat a good soup.

So You've Been Challenged to a Duel

It's bound to happen eventually, no matter how careful you are. I once unknowingly ordered the last chicken biryani at my local Indian place and had to play a ft10 against some middle-aged guy who just wanted to feed his family. I don't even blame him for throwing the gauntlet. It's something we'd all do. But that doesn't mean you back down, even when those kids start to pout up and sniffle as you walk away with your order.

"What do you have to say for yourself?" their sad cow eyes ask.

"Teach your father how to block a cross-up," you might say. Or you're feeling kind, so you lean in close and whisper a hint about that new setup you've been working on in training mode.

But maybe you're not at that point yet. Maybe this is your first duel. Well, if you're the one on the receiving end of the challenge, you get to choose the game. That's only fair. So maybe that's what you're interested in.

Fighting games are quite varied these days. Or as varied as you can get with two players controlling a single character at a time while they try to knock each other out. Still, variety is variety, and you should know what you're getting into.

What's hot at the moment? What's going to be hot soon? Let's take a look.

Released early in 2016 to universal acclaim, Street Fighter 5 is notable for having the most active meme community in fighting games at the moment. Unfortunately, it's still early in the game's life, so most relevant memes are based on the early top-tier favourite, Rashid's Theme. 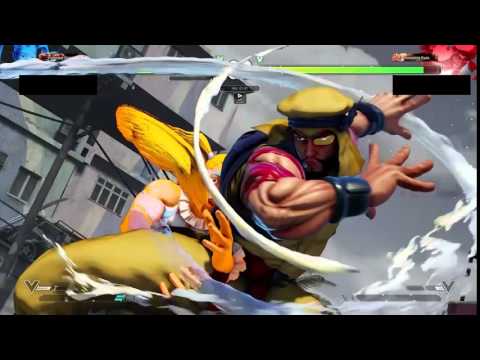 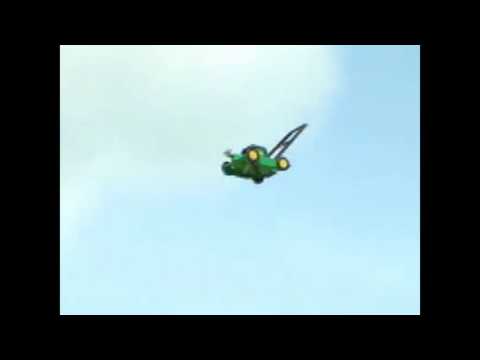 What else does SF5 have to offer? Endless drama. Fighting over "secret" discord "tech," players begging for sponsorship, "USA is free." It's all there, all the time.

Platforms: PS4, PC (on Steam), with crossplay between them. 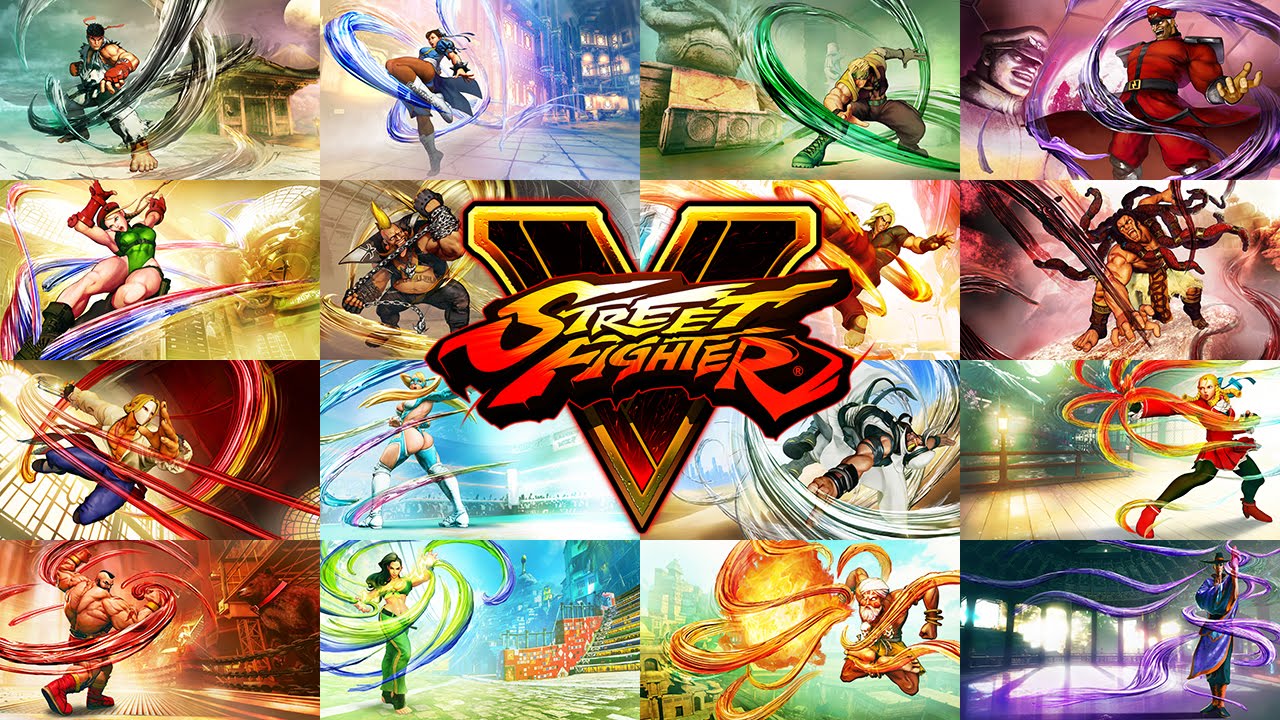 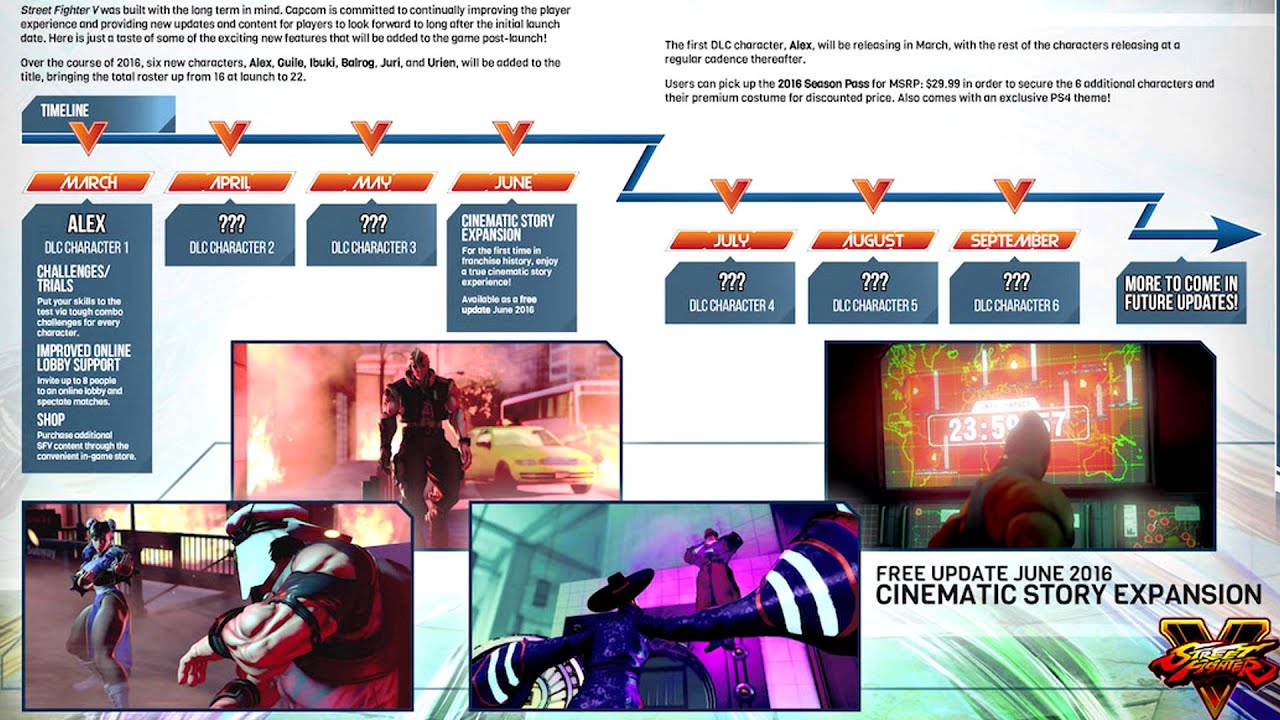 The 2016 DLC characters are, in order: Alex, Guile, Boxer/Balrog, Ibuki, Juri, and Urien.

Want to learn more? Visit the SRK forum, where they have constant discussion about SF5, with in-depth subforums for each character. You can also look on Twitch for your favourite players to see if they're streaming. Daigo, Snake Eyez, and many other stream regularly.

Aside from schedules tournaments in the West, and whatever Daigo is doing with his cosplay stuff-- You're probably better off just listening to the Korean commentators go nuts. 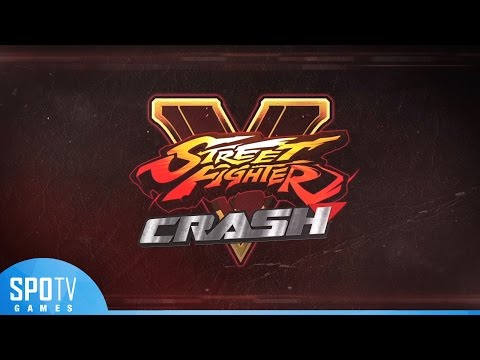 Does THAT MAN have you down? Don't fret, because there's a new Guilty Gear on the market. And it's so pretty. 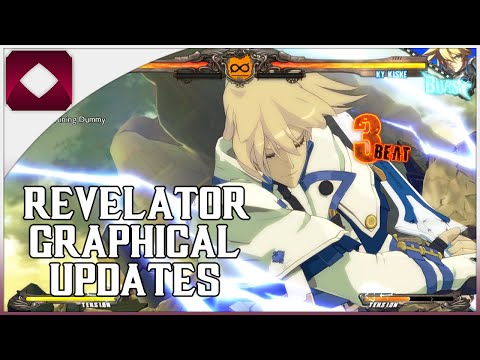 The new expansion, -REVELATOR- is on its way. It brings with it more characters (brand new and returning), new story content, new online lobbies and options, and an all-new training mode with a tonne of interactive tutorials. Plus balance changes.

Currently in arcade location testing, -REVELATOR- is looking like the goofiest GG game yet. There are regular videos coming out from Japanese arcades of their top players going at it. 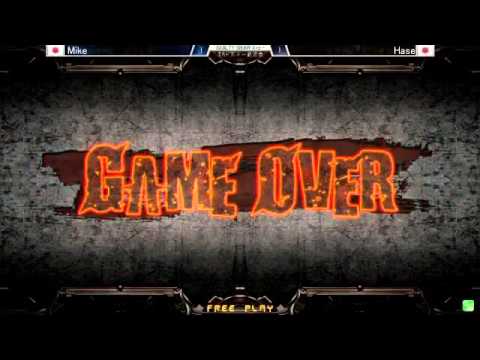 Want to know more? Check out dustloop, the English forum for all things GG related, or just their handy wiki.

The King of Fighters XIV

In 2000, with arcades on the decline, SNK died its first death, filing for bankruptcy. A Korean company, Eolith, bought them out, and produced King of Fighters 2000 and 2001, which are generally considered the worst entries in the entire series by fans. After those disasters, things looked dire, but hope appeared. Reforming as a new company, Playmore, former SNK people got the money together to buy back their IPs. And that's how we got SNK-Playmore. As an apology to the fans, they released King of Fighters 2002, a Dream Match game like 98, which brought back old characters and systems. It's generally considered in the top 2 or 3 games in the franchise.

But the new company meant they had to slow down production a bit, so 2002's follow-up, 2003, was the final yearly release in the series. The next game was King of Fighters XI, which included a dynamic tag-team system for the first time, and began a new story line. King of Fighters XII followed years layer, with completely redrawn HD sprites. The work involved meant it had the smallest roster in the entire series, at 20 characters +2 for the console release, but they kept working and got XIII done. A very pretty game, it finished off the Ash saga started in 2003, but also looked like it would be the final King of Fighters. Again. Because SNK-Playmore was going the way of SNK, and they were back to making pachinko machines.

Yet it wouldn't die, and now we get King of Fighters XIV. After starting from scratch, SNK devs finally relented with the time-consuming and expensive sprite work.

In an interview with Fighters Front Line, Kukino replies that each character took 16~17 months to complete with a team of 10 different designers. Additionally, the sprites were personally checked by Nona for quality.


It wasn't sustainable even when they had all their old workers on the job. If they wanted XIV to actually turn a profit and keep the series going, they had to switch to 3D.

The first trailers were pretty bad, but things have gotten better over time. Plus, they're going ganbusters with a 50-character roster that includes plenty of favourites. 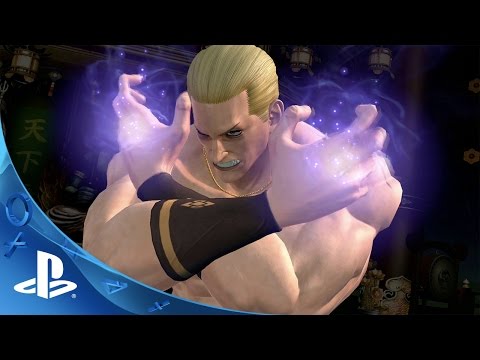 If you want to learn more about King of Fighters, you can try Dreamcancel, the English hub for competitive play. Or watch the handy Dandy J tutorials. 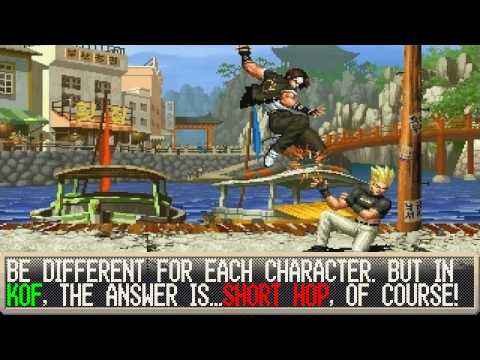 Believe it or not, Tekken 7 is in development. And it's got Akuma now. 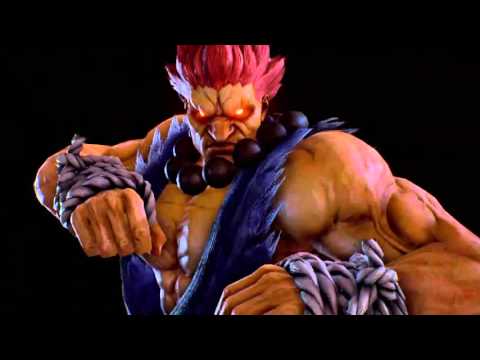 Following up on the mediocre reception of Tekken Tag Tournament 2, Namco once again wants to break into the West, this time with a strategic and popular guest character from Capcom. In standard ridiculous Tekken fashion, Akuma isn't merely a token addition to the roster, but is actually a key part of Tekken 7's story.

While Capcom decided to completely skip arcade testing for the first time ever with Street Fighter 5 and go straight for the full-priced early-access beta release, Tekken 7 is keeping it old school. Tekken 7: Fatal Retribution is still in arcade location testing (beta), so only Japanese and Korean players have access to it. You can find videos if you want to look. When will the console release come out? Who knows. Not before EVO, though.

Speaking of which (and not forgetting TekkenZaibatsu):

As far as I'm concerned, this is all you need to know about Mortal Kombat. 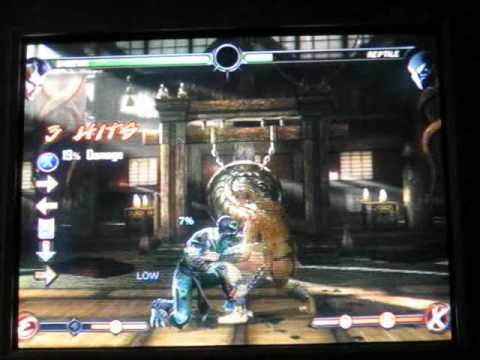 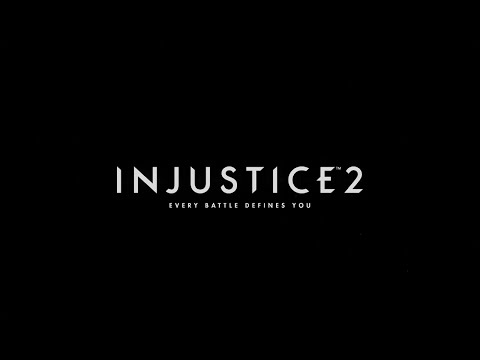 Just in time to make Mortal Kombat X obsolete, NRS has announced Injustice 2. And they're having the common decency to not even bother with a PC release this time.

Also continuing the NRS ethos of listening to their competitive community, two of the first things announced about the game are an aggressive pre-order and DLC policy, and a microtransaction-heavy custom gear and loot system.

In Injustice 2, players can put on different armour pieces with bonus effects. Extra health, extra damage, damage reduction, faster resource gains, that sort of thing. Players earn new gear pieces via random drops after matches. What could be better for a competitive game than grinding random matches in the hopes of sucking out on a viable piece of rare loot? You might say something like "better netcode," but this is NRS.

At least the story mode might be fun, if you're down with that. 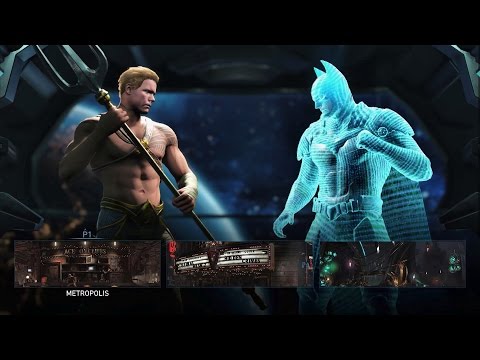 What if I'm the type who likes to watch?

A good question. And we don't judge.

With the Capcom Pro Tour in full swing, there are always Street Fighter 5 tournaments to watch. Local weeklies and ranbats get streamed, top Japanese players are showing their online play, and there are a solid string of majors leading up to EVO in July.

And EVO is what everyone cares about, right? And you don't even have to wait for the DVD anymore! 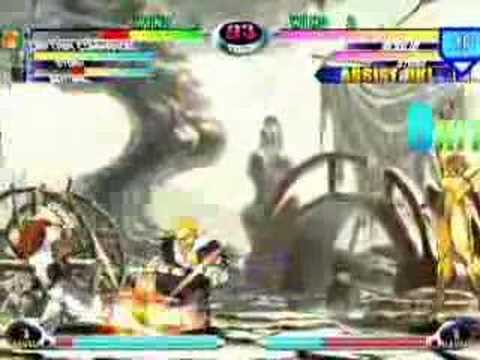 This year's tournament is breaking entry records across the board. And, yes, that's 3 different Nintendo games. Why? Because Mr. Wizard really likes fat wads of cash his Wii U.

While EVO is quickly becoming nothing more than a marketing tool (A Tekken 7 tournament on the main stage while 90% of the world has never played the game? Check.), that doesn't mean it's not full of hype. Expect some surprise announcements, too.

Will update with stream schedules and whatever once they're available.

What Else is There?

There's always more. Even while KOF XIV is in gestation, SNK has been sniping Capcom's Street Fighter staff in preparation for a renewed push on the market. Talks of more Samurai Shodown, possibly even more Mark of the Wolves, and--dare to dream--maybe even Last Blade? (That last one is just me hoping, but the others are real.)

As well, it's now only a matter of when, not if, for the announcement of the next Soulcalibur game. However, with Tekken 7 still lacking a console release date, I wouldn't start holding my breath until that's done and dusted. Still, some time in 2016 isn't a bad bet for at least a trailer.

There's more Mortal Kombat X stuff as well, but, frankly, after how they half-assed MK9, and their utter disdain for the PC customers with MKX, I find it hard to care about that series anymore.

Killer Instinct is going strong . . . ish. With a decent tutorial, and soon a full Windows 10 release, as well as a Halo guest character and a prime spot at EVO, it's honestly not the worst alternative right now.

Chances are, no matter what flavour you prefer, there's a fighting game out there for you.
Competitive Gaming and Writing Blog Updated in October: "Song (and Story) of the Day"
Anyone want to beta read a paranormal mystery novella? Here's your chance.
stream
Page- on November 2017