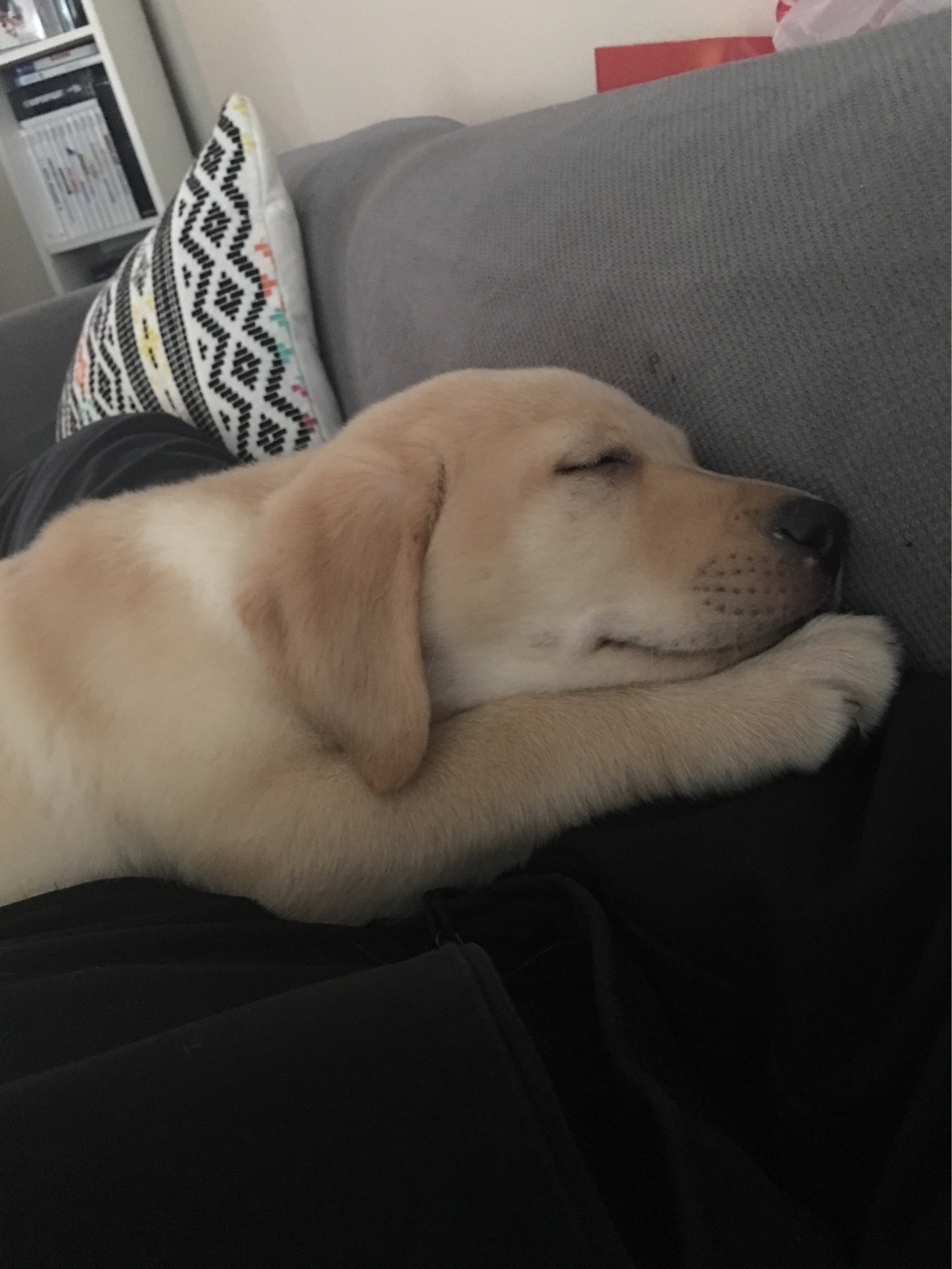 Barry, for about two weeks now. He's about twelve weeks old himself. We've been working on crate training him, but I wanted to get some opinions to make sure we're not being horrible puppy parents because I worry about everything.

I work from home, luckily, so I'm able to take him out pretty reliably every two hours or so. In between that, he chills out with me in the office in his crate with a comfy blanket and some toys. Outside of work, which for me can vary from 9-5 to 1-9 depending on the day, we take him out usually around six thirty or so when he wakes up initially, and then again for breakfast and another outside break around 8:45 or so. If the GF is off he usually hangs out with her downstairs, but again in the crate unless she's actively playing with him because he inevitably pees or terrorizes one of our cats (who clearly wants to be terrorized and/or play with him because 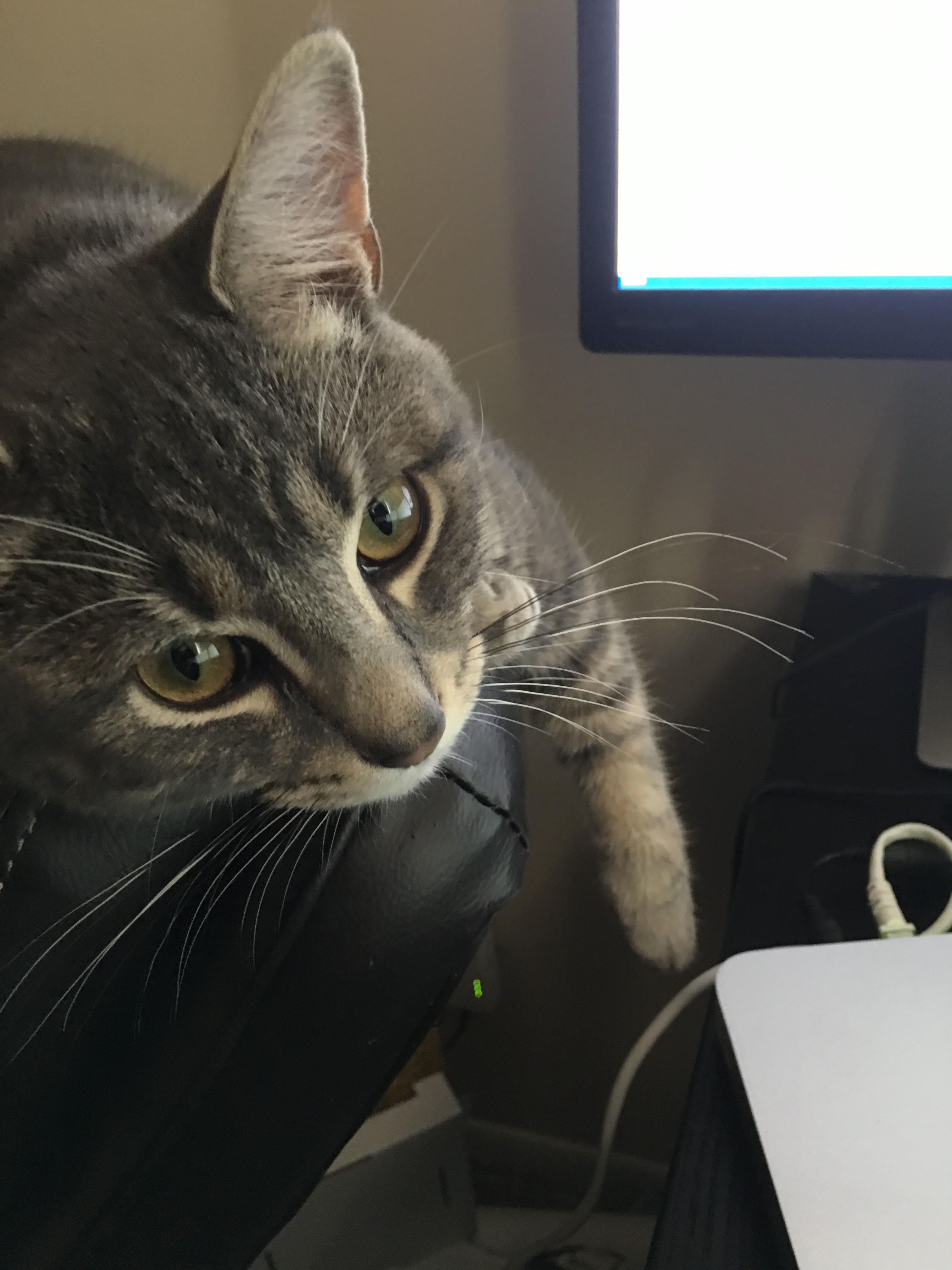 Archer will stalk him quietly from behind until close enough to jump up when Barry turns around and then bounce away.) Not counting outside breaks for eliminating I feel like he's only getting out of his crate for like an hour or so each day. Counting those outdoor breaks, probably 2-3 hours, but I still feel like he's cooped up too much. I don't think he minds it, really, because he seems content as long as we're near him, but he goes crazy if we leave the room unless he's sleeping.

We tried putting puppy pads down in the kitchen for him, but he seemed more stressed with that that being closed in his crate (even though we left the crate in the kitchen with him.

Is he okay being in the crate for that much time every day? Once he's fully house-trained and can go without accidents I plan on letting him roam our bedroom/the office (after moving our computers onto our desks so he can't destroy the cables), but I read that house-training can take several months to a year and I don't want to give him any sort of puppy-damage during this phase by keeping him trapped.

Secondary questions: Anyone have good luck training a lab puppy to not devour hands and/or cats, and should dogs generally be crated when you're out of the house once they're house-trained? I've read that they can sometimes do better in a crate for extended periods (like if we went out for the night) instead of being along in a big space because they feel more comfortable in their 'den'.