Registered User new member
February 2018 in PAX East
Hello everybody! I apologize in advance for my English, and also I apologize if I wrote in the wrong category, but everything seems right and on the topic.
I will not write much, I will ask a question: almost 7 years ago there was a great PAX East 2011 in Boston. We were shown Bioshok Infinite! He was Ken Levin, Courtnee Draper, Troy Baker. There was also a great stand, a huge Songbird and ... Elizabeth. Rather the girl who played her role. Then I learned that it was she who served as the prototype for Elizabeth. Do not believe me, but I've been looking for some years information about this girl! ... But almost nothing I could find. Only photos, and the name is Jess.
Friends, tell me, maybe one of you knows something about her?

P.S. I know that later Elizabeth was played by Anna Moleva, I know this. I want to know at least something about this mysterious girl with PAX East 2011 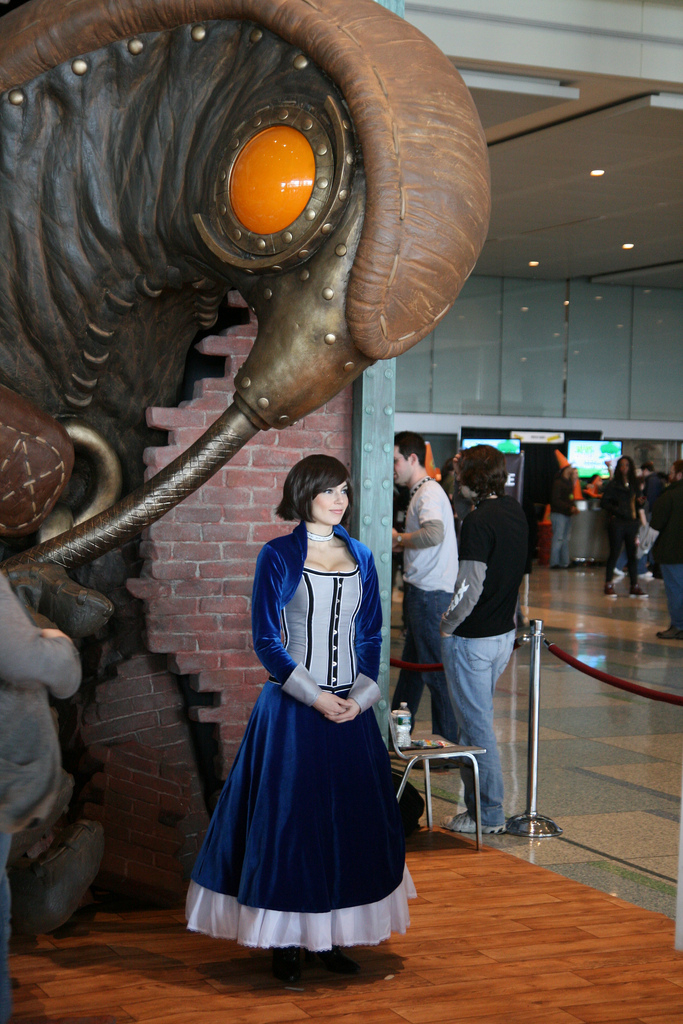