All I want for Secret Shamblers is blood [SE++ WoW]

HELLO WE ARE HORDE on Cho'gall!
<Shambler Milk> is the place to come if you'd like to murder Alliance wieners with SE++ers.

Get an Authenticator you damn weiners

Oh, and this one: 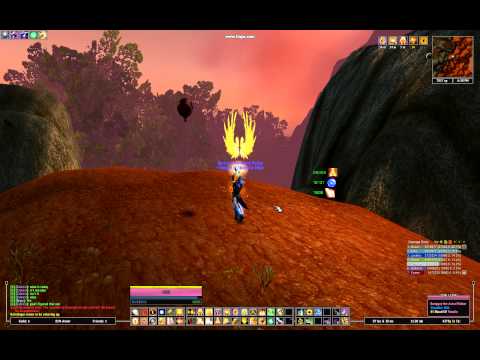 WoW Terminology. If you find yourself confused by the language of WoW, this is a good place to start.

You like raids, yes? Well we got raids. Here are a few things that you need to do if you want to Shamble Raid.

UI Guide Courtesy of Higgins wrote:
Hey dudes I made a little UI guide thing for you bros that keep asking to help with yours. Uis are pretty personal things, no two Uis will be the same but I kinda want this to be like a starting point for you bros to get your Uis going.
Addons I use.

Thats a good number off Addons I suppose, if you don't feel comfortable using all those at the same time or don't think you need to uses some of them thats fine. Start slow, Changing your entire UI in a day can take some getting used to so if you just want to ease yourself in then by all means be a babbie.

HOW I MINE FOR ADDON?!?!
Here I'll tell you how I set up my various Addons just as kind of a reference, If you don't like the way I Set my stuff you can change it to your liking or send a complaint to mirren. I'll also put picture I guess.

Bagnon: just Set it and forget it. It also lets you see whats in the bags of all your characters just by selecting the little portrait of yourself in the corner and switching to another toon.

Button Facade: Add a border to your buttons. Make it so you do have a border. Do what ever you feel is right with your bars. No real set up need, just find the button facade menu in your addons panel and choose which on you want

ClassTimer: I love classtimer, not only does it show any buff or debuff you want on your target, it also does the same for you, your pet, and your focus! I set mine to be just above my bars, and make them stack up in stead of down. To add buffs or debuffs to tracking just go into timers-->extra--> then add the spell you want.

Clique: lets you easily bind stuff to keys or key combos or mouse buttons or key and mouse button combos. The possibilities are endless! Setting your binds is straight forward and clique even has a little tutorial.

Docsdebugrunes: awesome for Dks compact addon that tell you all you need to know bout DK stuff like rune cooldowns duration of the infusion buff on your ghoul, size of the next blood shield if you choose to deathstrike after a hit. Its awesome

Dominos: I love dominos, perhaps my favorite addon, you can do pretty much anything you can think of with your bars and its easy to use.
Here is my set up You might not like they way I have my bars set but this is just an example.

Action Bar 2
Same as above

These are numbers are scaled to my monitor so they might be a little different then what you desire but you can fiddle with them till they are right.

Elkanos Buff Bars: My preferred replacement for the blizzard buff icon. Pretty straightforward set up. Just drag it yo where ever you desire, you can add or remove buffs that you want to track through the options menu

Grid: Grid is awesome, I use it as a party/raid frames replacement but its also invaluable for telling who has aggro, who's dying, Who's dead, incoming heals, who has what debuff and a bunch of other junk. Setting up grid is an adventure in and of itself but thats more for healers and I assume they already know what to do. The base version of Grid works just fine as a party/raidframe. Set up can be a bit daunting just because of the sheer number of menus and sub menus but its pretty simple to set up once you get past them.

Omen3: Aggro meter. Useful for tanks and DPS who don't want to pull aggro and die like chumps (Revash). Pretty much set and forget unless you want to tweak the visuals. I personally have it set to transparent along with recount.

Recount: Dps meter to show how bad you are, why are you so bad, do 2k more dps.

SexyMap: Map mod lets you put all kinds of pretty borders and shit around your map. Also allows you to move it away from the top corner postion. I use the simple square preset because I don't like a lot of bullshit around my map. Maps are serious goddamn business and anyone who tells you otherwise is a communist sympathizer

SLData Text: This is a replacement for the regular menu bar, the one that shows your latency and all that other junk you hardly ever look at. To get to the config for this you have to type /sldt.

Tidy Plates and Tidy Plates: Threat Plates: the semicoloning pt 2 race to shoe mountain: Name plate mod that rules. They aren't as useless as the blizzard ones. They show who has aggro on what how much aggro, cast bars and other life saving tips.

ToolTip on mouse: it puts the tool tips on your cursor.

Xperl: A UnitFrame mod that lets you change and move all the unit frames ever. I have mine set to not show party or raid frames because I use Grid for that. To navigate to the config menu just type /xperl and away you go.

Once you set up all your addons and stuff you might have a cool UI like this or a horrible abomination, Who knows?

If I missed something let me know, or if you need help or something.

Along with all the friends and families of Shamblers.

Are you new? Check some of this stuff out so you won't be awful.
Curse Gaming: World of Warcraft mod depository. If it's a WoW mod it's probably here.

MMO-Champion: The go-to site for patch and PTR news.

WoW Insider: The Kotaku of WoW. Slower news than everyone else, and a lot of crappy articles, but occasionally a rare gem.

Elitist Jerks Forums: Wondering whether haste or crit is better for you? EJ has had their results on that published in scientific journals.

Pet Collectors: Compendium for vanity pets. What pets exist, and how to get them.

Pettopia: Compendium for hunter pets. What pets exist, and how to get them

Mount Up!: Compendium for mounts. What riding pets exist and how to get them.

Goodbye Northrend, we will miss your icy mountains majesty above the zombied plains
http://www.youtube.com/watch?v=REUVqVaTz-M

I totally updated the thread, prove I didn’t, eat a butt complainers

Denny's is for winners.

«1234567…103»
This discussion has been closed.
Penny Arcade Forums› Singularity Engine++
Powered by Vanilla