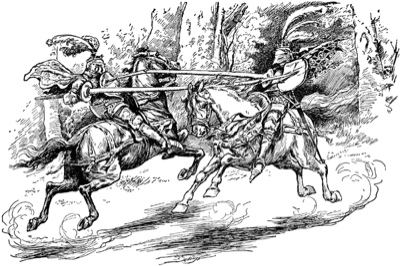 So I’d love to run a jousting tournament based on rules from Gary Gygax Chainmail Rules, later modified by Mike Davison.

(Chainmail was the ruleset that predated D&D and was used in conjunction with the first version of D&D. The Seventies were weird. The cover of Chainmail looked like this) 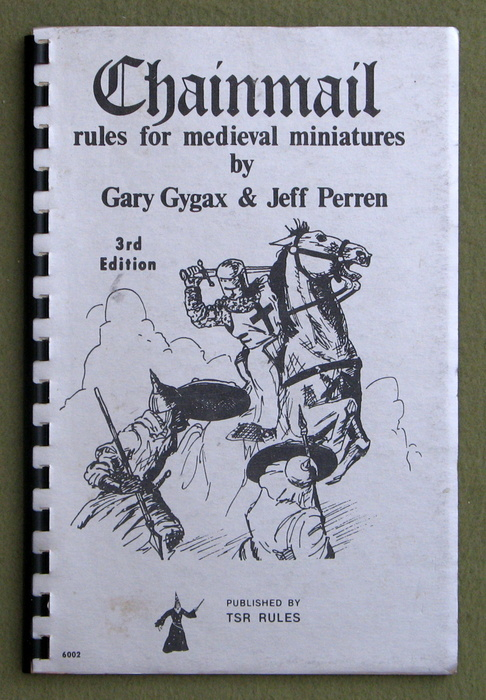 However, the rules for this tournament are very brief and are here for free: http://swordplusone.com/Jousting_final.pdf

These rules refer to D&D saves. For info on those there’s a set of house rules for old school d&d rules I’ll use. I link for completeness, but players don’t really need them: http://swordplusone.com/Normandie_rules.pdf

Anyway, if you are interested, here’s what you need to do-

1. Roll up a knight, mount, squire and retinue per the rules. Also, buy extra gear if you have the gold ( like a extra lance or shield.)

2. Create a coat of arms. There are plenty of generators and makers online; or draw your own! (Inkwell Ideas has a free java version of a heraldry program that’s pretty good) https://inkwellideas.com/coat_of_arms/ 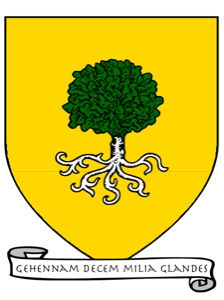 1.Contestants are drawn into pairs. Each knight privately sends the Joust Master (me) their defensive and offensive actions for each of the three passes. I shall resolve them.

2. Results are posted. The winner is the knight that unhorses their opponent, or failing that wins on points. Xp is awarded based on points scored (even a losing knight can earn xp to level up for future tournaments)

3. Winners are paired up, repeat above steps until champion is crowned. Gold and in game prizes awarded.

4. Roleplay before and between bouts encouraged and rewarded.