[Wii] Would Like to Play: The Wii Appreciation Thread 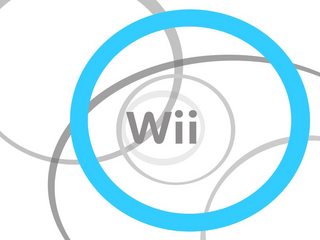 So with the news that Just Dance is not doing a 2021 version for the Wii, it is official that after nearly fifteen years of releases, the console is finally done for. I have wanted to do this thread for a very long time as I wanted to reminisce about one of my favorite consoles to come out of Nintendo.

The Wii has always held a special place in my heart as it was the console that brought me back to Nintendo. When the 32/64 bit era started, I decided to buy a Playstation instead of the N64. Then I did the same thing the next generation when I moved on to the PS2. So I never owned a N64 or Gamecube. I was fully in the Sony ecosystem. Then came the Nintendo Wii. The console intrigued me. I loved the idea of motion controls, Wii Sports looked amazing. I saw this console as a neat way to game with my daughter and I loved the idea of a social system where we could have get togethers with friends and enjoy games of Tennis and Bowling. So I pre-ordered the system.

When we got it, I fell in love. And even though it wasn't as powerful as the other systems and motion controls ended up being shoehorned into some games in annoying ways, to this day it continues to be one of my favorite consoles ever and has a fantastic and unique game libraries. The Wii is full of lower budget hidden gems that you might or might not have ever heard of. The Virtual Console and WiiWare produced some amazing games that unfortunately are lost to time now that the Wii Shop is closed. Miis were cute little avatars that allowed everyone to personalize their Wii experience. The creativity people had in making Miis with the limited Mii Maker still amazes me.

So let us remember fondly the amazing little system that was able to hold its own against the HD Twins. Every couple days I'll be posting up a new game that I love and explain why. 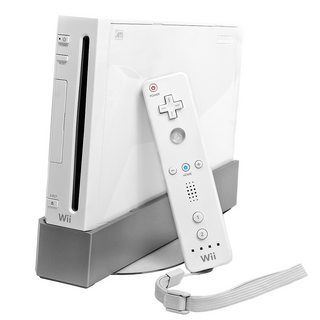 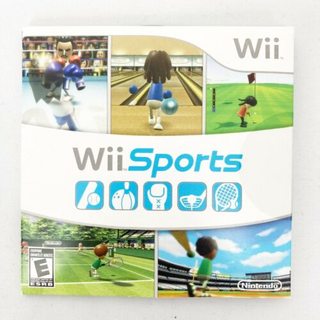 How could I not start with the game that sold the system to everyone? From little kids to nursing homes and everyone in between, this game was huge. It was such a smart decision to pack this game in with the system. The motion controls were easy to learn and intuitive. Tennis and Bowling in particular were the stars of many Wii parties I threw over the years. My family still pulls it out to play to this day. Everyone had this game and it was the perfect introduction into what Nintendo was trying to accomplish with the Wii.

Iwata knew that it was a losing battle to try and compete directly with Microsoft and Sony going into the HD era. So he took a gamble to not try to match them in power, but instead change the way people played. Wii Sports was the crowning jewel of this philosophy. Truly a timeless masterpiece.

Second: One of my personal favorite games on the system. Punch Out! 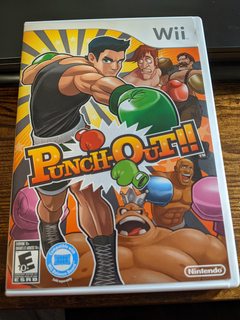 When this came out, there hadn't been a new Punch Out on console since the SNES. The return of this franchise was amazing! Next Level games put so much personality in the boxers and brought Little Mac back in a big way. The game had a mix of old fighters from the original and Super, plus added a new boxer with Disco Kid. The game was fast and just as exciting as the old games. You work your way through career mode and then once completed, you unlock Title Defense mode. In this mode you work your way through the fighters again, but they have added new moves and defenses (for example, in Title Defense mode, King Hippo has taped a manhole cover on his stomach as a protection lol). Then when you complete Title Defense, you unlock endurance, where you fight an endless series of random boxers. One of the boxers you can fight in this mode only is Donkey Kong.