Battle Hardened OptimistThe Skies of HiigaraRegistered User regular
May 14 edited May 15 in Games and Technology
This game came pretty much out of no where for me. I guess it's not surprising, then, that it isn't getting much hype? I see videos going back quite a few years, so it's been brewing a bit...

Which is a shame... it has a LOT going for it. Not the least of which is a kickass soundtrack. 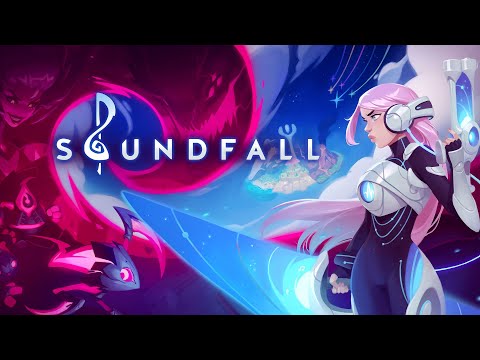 Soundfall is a Diablo-esque dual-stick looter-shooter, with a layer of Crypt of the Necrodancer on top. It is developed by Drastic Games, and published by Noodlecake. It can be played 1-4 players.

The basic premise is simple: You load a level, start blasting enemies, and try to make it to the end of the level.

But the rub is: Each level is patterned off of a song! As is.. well.. everything. You have a beat meter, and your weapon does massively more damage if you attack on the beat rather than the off-beat. Other abilities, such as your primary weapon, your dashes, your ultimates, etc... also are boosted if you attack on the beat. If you are off-beat, though, the weapon will basically fizzle - and eventually jam up. Well.. It's an Isekai. I think that's the hot term for it?

Anyways. You play as Melody - an aspiring musician who works as a barista. Your big break is coming up... but suddenly, you get sucked into the world of Symphonia, where all music originates from! This wouldn't be so bad if it weren't for your real-world obligations... But it turns out, more is going on. See, the Discordians are trying to disrupt the new music and stop it from entering the world! So you must fight back. You are aided on your journey by other travellers through Symphonia, that have their own personalities and abilities.

Our Heroes:
I personally enjoyed discovering them as I went, so I'll spoil the details: Our Protagonist, as mentioned. She wields an enormous sword, that I think is either a Treble Clef or a microphone. I haven't figured out which yet.

She lacks self-confidence in her ability to create music and to lead.

Her primary is a 3-slash attack, and her ultimate is a spinning rush blade. A metalhead, through and through. He uses an Axe... his guitar, naturally. All about the heavy beats.

His primary is a charged axe swing that dashes forward, and his ultimate is a stage dive that is a giant belly flop onto enemies. A classical musician, who does not like modern music AT ALL. Keep synths and pop away from her. Her weapon is her cello, turned into a bow of long range kick-assitude.

She is fairly aloof, and a loner.

Her primary is her bow, which does a charged attack that can pierce foes. Her ultimate is a long-range volley that hits a wide area. Melody's little sister. She is, throw and through, a punk rocker. She is also a drummer, so it makes sense her weapon is her drums... which becomes a giant shield.

Brite has a habit of running ahead, charging into situations without thinking about the consequences. She has a streak of wanting to protect people in her.

Her primary has the longest charge of any character. When she uses her shield, she'll first charge forward with an uppercut, then hold out her shield to protect against projectiles. Her Ultimate unleashes an area-effect shield that knocks enemies away while damaging them. Ky is a hell of a DJ. He's all about mixing synths and looking for that perfect sample, that perfect sound. His weapon is his turnstyle... turned into a Scythe.

Nothing will stop him from finding what he wants. If he sets his mind on it, everything falls by the wayside.

His primary is the scythe, which is much quicker than Melody's sword but hits a smaller area. It does pull enemies in towards him, and the third swing will toss the enemies over him and slam them into the ground. His ultimate is tossing his scythe out like a spinning blade of death... but it leaves him EXTREMELY vulnerable.

In essence, you pick a level that you want to play through. based on the XP you have gathered, you play on different difficulty levels. These REALLY affect how hard the game is and how much they throw at you.

Your main weapons are Beat Blasters, various guns that shoot to the beat. Some are single-shot, some are full auto, some fire in a wide spread.

Controls have a few options. You can play the game as a dual-stick shooter , where you move and aim and then use your trigger or face buttons to shoot on the beat. Or you can drop the right-stick and have the auto-aim just lock onto enemies. The game also supports KBAM but I haven't tried playing it that way.

Each character has 5 equipment slots: Two Beat Blasters that you can switch between during the level, an armor / dash slot, a slot for your primary weapon strength/abilities, and a slot for your "overcharge" ultimate attacks. Blasters and armors can be shared by any character, the others are unique. There are also 4 emote slots.

You get better equipment by playing on harder difficulties and by completing longer combo chains.

At the end of every level you get some loot, based on how you did:
Bronze is to beat the level.
Silver is to beat the level before the song loops once. (the song will have a "par" meter on it that will show how much the section you are in should take to complete on average.)
Gold is to beat the level either without dropping your combo at any point during it (which means not getting hit or screwing up timing for too long), OR by doing all your actions on-beat through the entire level.
Platinum is the have a full combo AND all actions on-beat. I've yet to do this.

You also have gold to help you buy better equipment, which you get based on your combo, enemy killing abilities, and breaking down loot you get.

Multiplayer
I haven't done this yet, but this game features both couch co-op and online multiplayer. I suspect things scale to pretty hectic levels when you have 4 players going at things!

First off, the soundtrack is excellent. Obviously the BPM of the song affects how fast a level goes. But it also dictates the kind of equipment you find, the biome you fight in, what elements show up... It's all based on the music. And I swear, some levels even have tempo changes where the music gets faster or slower, which really can throw you off on your first playthrough!

You play through roughly 10 songs per biome in the campaign, with a bunch of other songs scattered around as optional. ALL songs in the soundtrack are available to play in freeplay from the start.

But... it also supports importing music! That's right. Because it's all procedural generated, you can just drop your music in. And if it doesn't line up right, the developer does allow you to do custom beat mapping if you are willing to get into Audacity a bit: 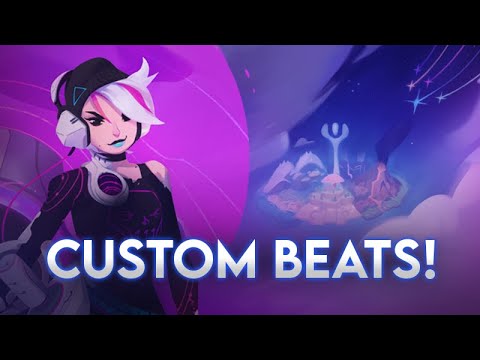 So where can I play this?

Pretty much anywhere you want. Switch, Steam, PS4/5, Xbox X|S (and One but they don't have it on their splash pages).

It's $30, which I think is a bit high.. but with it being launch week, a lot of places have it $5 off. And frankly, I could see it going quite a while.

I want to see more of the gameplay!

With it only recently launching, there isn't a TON out there... but I really hope people don't sleep on this. 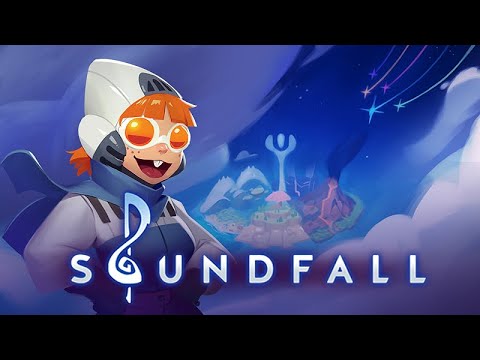 First 40 minutes on the Switch - no commentary, but does go through the intro to the campaign: 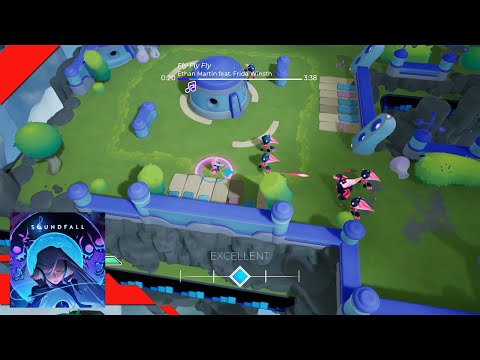 The OST (songs that were composed specifically for this game and play as part of the campaign): 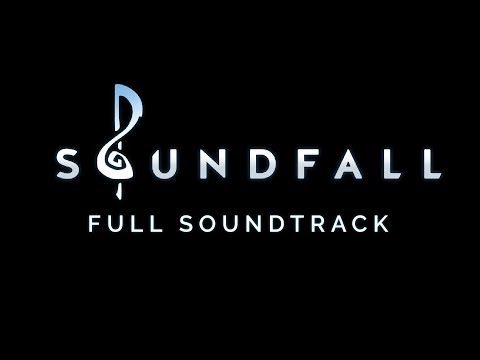 A twitch streamer I have not personally heard of playing through their channel's theme song on a biome I haven't gotten to. Based on the damage/intensity, this is still pretty low level. 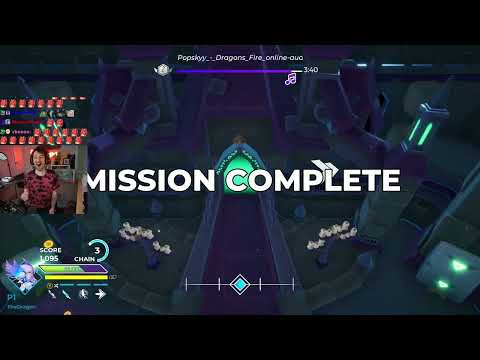 So! Join us in Symphonia, make all sorts of music puns, and get into the groove!
He/Him
Athenor on May 15