Marvel vs Capcom 3 - Fate of Two Worlds - Hopping removed due to infinite on Thor. 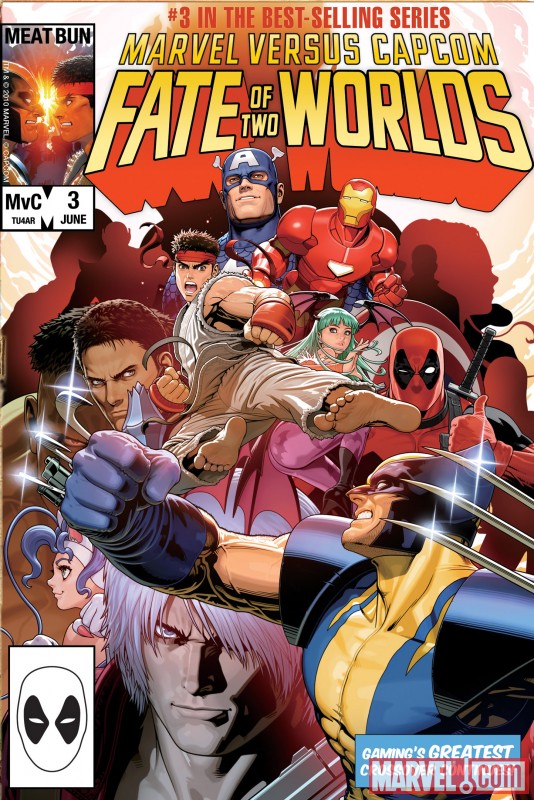 A new versus game?

Yes, after many, many years, Capcom and Marvel have once again teamed up for a dream match of epic proportions.

The new game sounds like a hybrid of Tatsunoko and MvC2. Here are the features so far:

The Exchange Button is now your all purpose launcher attack. It also knocks people out of the air during air combos.
Pressing Exchange and Down or Forward while during an air combo will call in your partner to continue with an Aerial Tag Combo.
If you can guess correctly which direction plus Exchange combination they push, you can interrupt their tag combo with one of your own.
This takes no super bar.

The X-Factor system allows you to mount comebacks. Right now, the X-Factor turns your characters health bars red and slowly drains. All of your characters seem to be under the effects of X-Factor. By pressing both partner buttons, you can activate the X-Factor, which increases your Offense and Defense abilities for a short time.
This also acts as a Roman Cancel type move, allowing you to stop whatever move you were doing and start up another. This allows you to combo two Hyper Combos together for awesome damage.