The Rhythm RegentChantry of NightmaresRegistered User regular
September 2010 edited November 2018 in Critical Failures
The old thread's fallen beyond repair, since I can't edit it.

Besides, it was overly lengthy, so now, a concise version!

World of Darkness, or WoD for short, is the storytelling game in which all of White Wolf's supernatural games transpire: Vampire, Mage, Werewolf, Changeling, Geist, etc.

The World of Darkness resembles the contemporary world, but darker, more devious, more conspiratorial. Humanity is losing hope as it is secretly preyed upon and controlled by supernatural creatures such as vampires, werewolves and wraiths. One facet that sets the World of Darkness apart from most other horror fiction is that these creatures are not solitary predators to be hunted down and destroyed, but they are numerous and intelligent; enough so to form secret societies, develop various factions and allegiances, and use humans as pawns in power struggles and murderous games often lasting centuries or millennia.

However, the rising power and strength of human civilization has started to restrict their power, and an atmosphere of gloom resides over many of the games as once-almighty supernatural beings, the dark Princes and Lords of previous eras, in their turn face the bleak and unbearable prospect of a future spent struggling and shrinking under the ever-more powerful gaze and control of a world-wide technocratic cabal, which intends to stamp out mysticism - and their supernatural rivals in the same course - by making reason and science paramount. In the meantime, normal humanity, tool or prey of all factions, is oppressed and hounded in this hidden, all-encompassing conflict, barely capable of fighting and for the majority not even aware of their enemies.

Interlocking conspiracies, some mirroring those existing in our own world, some unique, can be found throughout the setting. Cabals of powerful mages, coteries of cunning vampires, and other, stranger powers vie within their own cultures and with each other for control of the world. The dichotomy between rich and poor, influential and weak, powerful and powerless, is much more pronounced than in our world. Decadence is common and corruption is everywhere. This dark reflection is seen everywhere: gargoyles and gothic construction influence architecture, while the leather look and punk atmosphere crowd the streets. Everything is as gloomy in the WoD as the most pessimistic tabloid headlines present it.

Here's some stuff on games that take place in the WoD universe. A storytelling game of modern sorcery. PCs play as budding young sorcerers, and have to keep the boundary between mortal reality and mage society from collapsing, and tearing both worlds apart.

A revision of the legendarily complicated Mage: The Ascension tabletop game. The revised version of the classic Vampire: The Masquerade storytelling game, Requiem streamlines the mechanics, in favor of cutting out a whole lot of story fluff.

The revised version of Hunter: The Reckoning. One of the more solid updates. Streamlined WoD mechanics, and a near endless array of possibilities for making a PC to take on the things that go bump in the night. A self-proclaimed storytelling game of beautiful madness, about what happens when faeries take those who don't belong to them, and how the survivors try to rebuild the pieces of their shattered lives.

A storytelling game of life after death. Think Grim Fandango meets Dead Like Me and you have the idea. 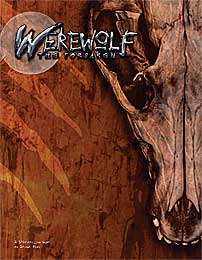 I know the least about Werewolf, but in a nutshell, [strike]half-human half-wolf beings have taken up the mantle of defending mother earth and destroying its enemies[/strike].

Abysmal Lynx wrote:
Most werewolves couldn't give two shits about mother earth, it's all about protecting their territory, and the spirits tend to be a bigger pain then the humans.

Basically they're still trying to keep a balance, but it isn't just humans that try to throw it out of whack, and most don't care about the world at large, only the parts they control. Think less eco-terrorists and more street gangs.


A revised version of Werewolf: The Apocalypse, which I've heard was better in every respect. 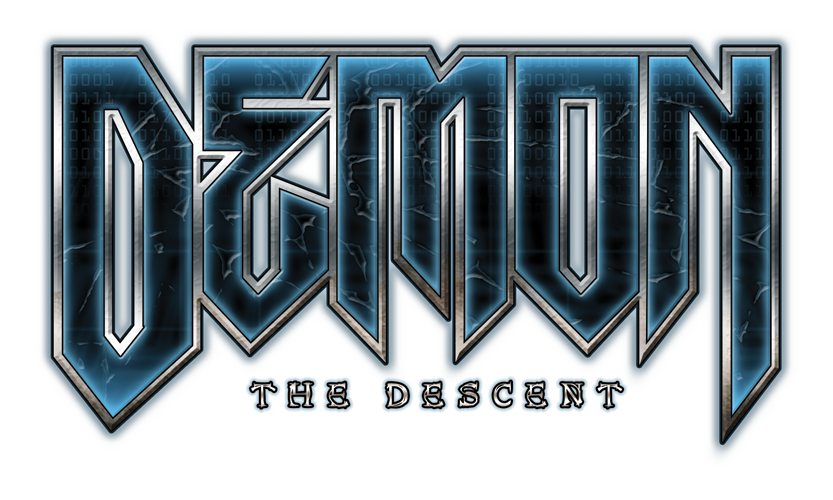 The recently-kickstarted DEMON: THE DESCENT is a terrific read, something I am super-looking forward to playing, and also possibly a signpost toward how Onyx Path/White Wolf are addressing this issue. The game still gives you a lot of open-ended freedom, but there's also an antagonist and a natural source of conflict baked right into the system and the mechanics. Demons must maintain their Cover (their human secret identity) lest it become eroded and expose their location to the hunter-killer angels that pursue them relentlessly. They maintain their Covers by doing things that Cover would do - taking care of its family and kids, doing its day job, walking its dog, all of that. Demons need spiritual Essence to power their supernatural abilities, but can only get it certain ways, many of them physically risky. Demons need to cultivate new Covers in case one of theirs is suddenly blown or exposed, which means going among mortals and making bargains and deals. Demons need to keep an eye on their enemy, if nothing else so they know how close it is to finding them, which means seeking out its lairs and exposing its agents. Every Demon has a long-term goal of achieving Hell - a state of existence where they aren't hunted, either by destroying or reprogramming the God-Machine that hunts them, or by finding a new dimension, or by becoming human for real - and every demon has a Cipher, a four-line riddle that, when solved, guides them on their quest for Hell and can unlock new abilities and insights for the demon. And, of course, this is a White Wolf game, so all the usual politicking and plotting and planning and double-crossing is fair game too.

So for once we have a game here where at no point should players ever feel like they have nothing to be doing next. They have a ton of options, and all these things are actually part of the system, not just background or fluff, and working toward these goals gives them real mechanical rewards.

Including, but not limited to: Vampire: The Masquerade, Changeling: The Dreaming, Hunter: The Reckoning, Werewolf: The Apocalypse, Mage: The Ascension, Wraith, and on and on and on.

So feel free to talk about any of the above WoD games or other ones and such, or their mechanics.